A top NCAA executive says representatives of the association’s top-level schools will be presented with a “very robust set of proposals” concerning changes to rules governing athletes’ ability to make money from their names, images and likenesses.

In a video interview posted by the association, NCAA vice president for Division I Kevin Lennon said: “I think there may be some who are actually a little bit surprised, candidly, at how far these recommendations are going and how robust they are.”

Kevin Lennon, @NCAA VP of Division I, provides an update on the Name, Image and Likeness status as it currently stands leading into the spring governance meetings: https://t.co/ftmK1Ak4xDhttps://t.co/PKhhiKCscp

It remains to be seen how close they will come to the parameters of laws that have been enacted in California and Colorado or the bill that has been approved by the Florida legislature and is awaiting Gov. Ron DeSantis' approval. And Lennon did not put a timeline on when Division I representatives will vote on possible rules changes. The Florida measure will take effect July 1, 2021. 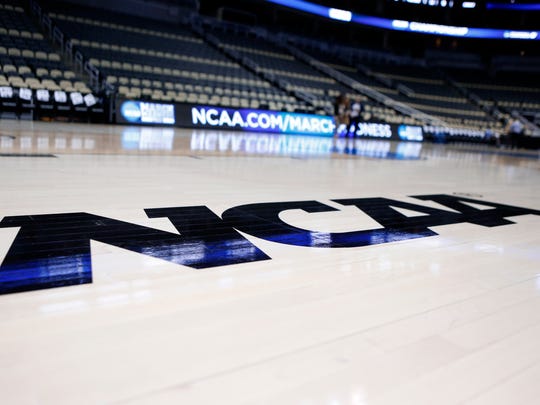 California passed a law last year that would make it easier for athletes in that state to make money of their name, image and likeness. (Photo: The Associated Press)

In October – in the wake of California’s enactment of a law that would make it easier for athletes in that state to make money of their name, image and likeness (NIL) – the NCAA’s governing board of college presidents directed all three of the association’s competitive divisions to create greater flexibility regarding NIL rules.

This year, a panel comprising Division I administrators and two athlete representatives has been meeting and discussing various recommendations that are scheduled to be presented later this month to the division’s primary rules-making group, the Division I Council.

“I see a great confidence that our membership has that this is the right thing to do” Lennon said, “but you need to have the right parameters to make sure that it is not a pay-for-play model, that we don’t create an employer-employee relationship, that we protect the integrity of the recruiting process.

“But even with those parameters, there’s lots of room for growth and change, and I’ve been really impressed with the membership that says this is the right thing to do. They’re interested in the specifics and we’re very excited to be able to provide them with the insights of those specifics.”