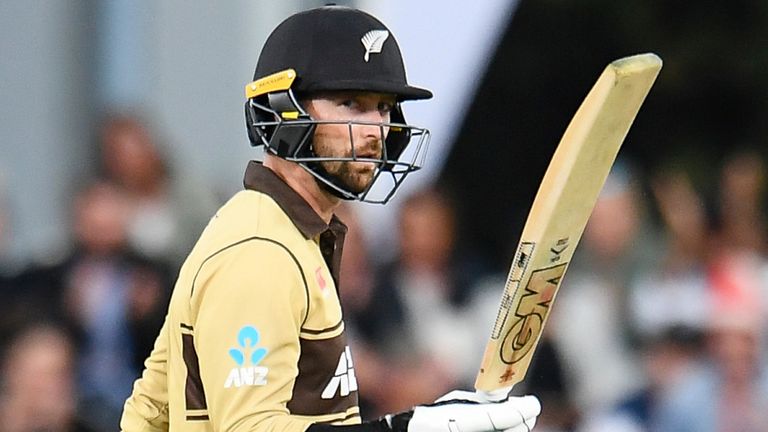 Devon Conway maintained his red-hot form with the bat as New Zealand thrashed Bangladesh by 66 runs in the opening game of their T20I series in Hamilton.

The left-hander – who had struck 72 and 126 in the last two ODIs against the same opponents – added an unbeaten knock of 92 from 52 balls to set up an imposing Black Caps total of 210-3.

Leg-spinner Ish Sodhi then derailed Bangladesh’s chase, picking up four wickets in his first two overs to finish with figures of 4-28 as the Tigers could only muster 144-8 in reply.

The home side, who won the toss and opted to bat, handed a debut to 21-year-old Finn Allen, who has amassed 512 runs at an average of 56.88 in the New Zealand Super Smash this season.

However, Allen’s first innings for New Zealand lasted only one delivery – he was bowled for a first-ball duck by left-arm spinner Nasum Ahmed, who was also on debut and registered figures of 2-30. 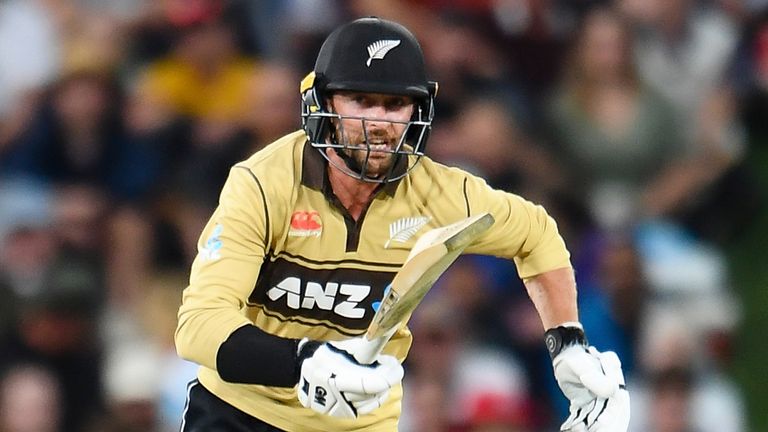 Conway put New Zealand back on course in a 52-run partnership with Martin Guptill, who hit 35 from 27 deliveries.

The 29-year-old’s innings was studded with 11 fours and three sixes and he added 105 for the third wicket with Will Young, who scored 53 on his T20I debut.

The Black Caps had reached 158-3 when Young was dismissed in the 17th over, playing the slog sweep against Mahedi Hasan (1-37) and holing out.

Conway put on a further 52 in an unbroken fourth-wicket partnership with Glenn Phillips, who smashed an undefeated 24 from just 10 balls.

New Zealand’s stand-in captain Tim Southee made the initial breakthrough when the Tigers replied, dismissing Liton Das (4) in the third over. 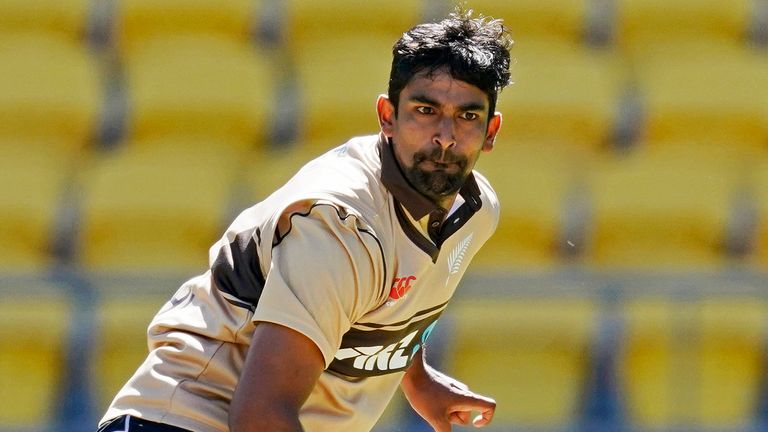 Paceman Lockie Ferguson, returning to the side after recovering from a back injury, trapped Mohammad Naim Sheikh lbw for 27 before Sodhi took centre stage.

The spinner quickly dismantled the Bangladesh innings, taking a sharp return chance from Soumya Sarkar (5) before bowling Mohammad Mithun (4), Mahmudullah (11) and Mahedi Hasan (0), all in the space of eight balls.

The tourists slumped to 59-6 before Afif Hossain (45 from 33) and Mohammad Shaifuddin (34 not out) put up some resistance, adding 63 for the seventh wicket,

However, the damage had already been done and Ferguson bowled Afif to finish with 2-25 as the Tigers finished well short.

The second game in the three-match series takes place in Napier on Tuesday.