NEWCASTLE'S clash against Aston Villa was temporarily halted following a medical emergency in the stands.

Play was stopped late in the second half after referee Craig Pawson was alerted to the situation. 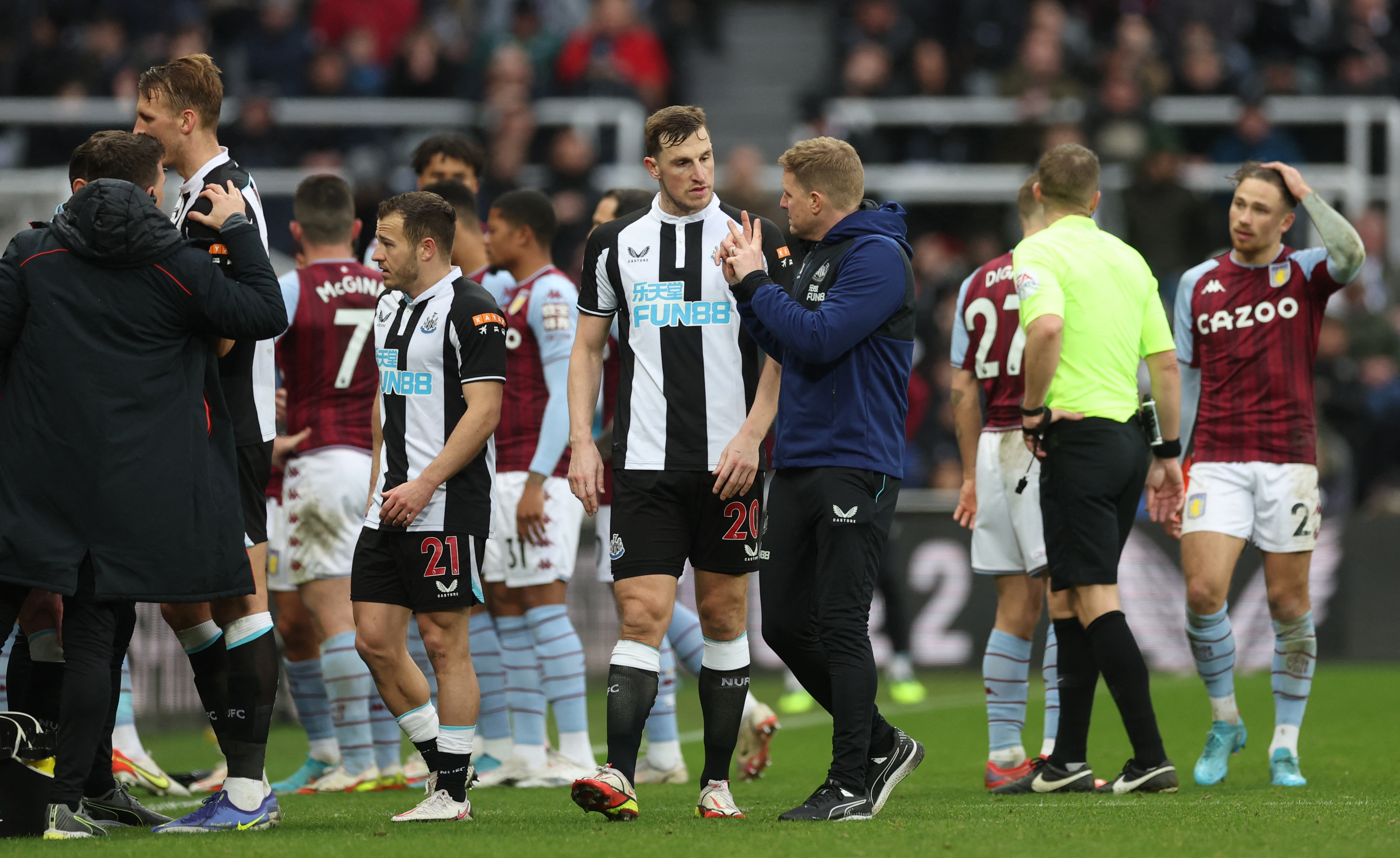 Magpies gaffer Eddie Howe and Villans manager Steven Gerrard were seen pointing towards the fan in an attempt to stop the match.

Commenting on the incident, Newcastle tweeted: "Play has been halted due to an incident in the Gallowgate Stand."

Pawson suspended play in the 74th minute to allow the supporter to receive attention.

He then resumed the match two minutes later.