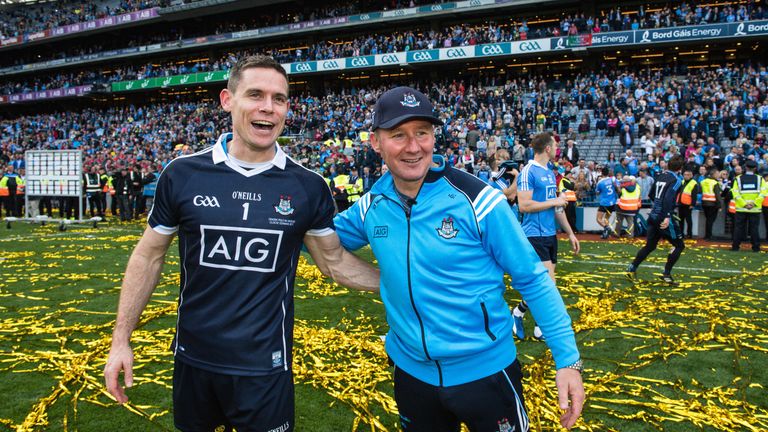 Following Jim Gavin’s shock resignation as manager of the Dublin senior footballers, his successor will have a major task on their hands.

Senan Connell feels that the new manager will have a number of hurdles to overcome, including ensuring continuity as well as convincing Stephen Cluxton to remain for another year.

“Obviously with a new manager, there’s a period of impressing,” opined the Sky Sports pundit.

“No matter what manager comes in, I’m sure they’re going to sit down with Stephen and try to convince him to stay.”

The 2019 Footballer of the Year, who turns 38 later this month is key to the Sky Blues set-up, and Connell feels the Parnells man is integral to the game-plan.

“You get a feeling that Stephen is in control of everything that happens back there, when that ball is front of him,” he said.

“Kick-outs are his baby. I’m not sure how much of an input management have had in terms of telling him what to do, with the kick-outs over the last few years. Everything has evolved through him, and him only.

“I’m not sure how much management have told him what they want and how he kicks the ball out. So he’s the one the new manager doesn’t want to lose. It’s the culture changes, new players, new way of doing things. It might be the new keeper that might hurt them a little bit.” 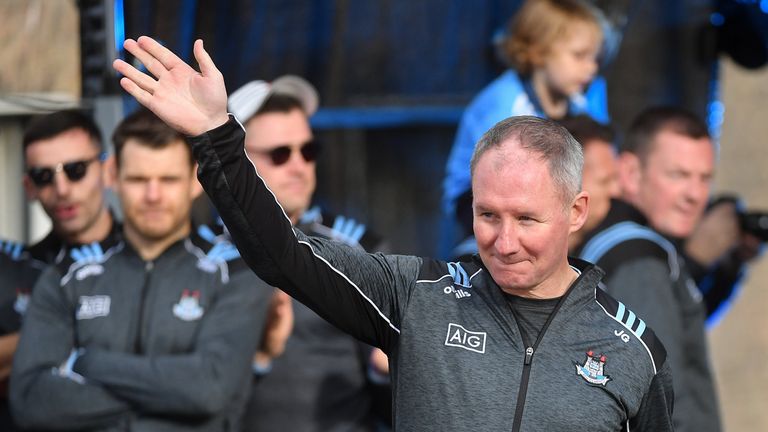 The late decision of Gavin to step aside may disrupt the Sky Blues’ preparations for 2020.

“If Jim was there, they’d have gone on their holiday and done what they’ve done for the last whatever number of years which is treat the league with respect, but probably on the pitch one night a week,” Connell continued.

“Blooding players during the league, and giving experienced players a bit of game-time.

“I think that’s what Jim would have done. Now with a new manager coming in, it’s a culture change. What allowed Jim to do that was everyone knew the culture for the last five or six years. Now it’s a new manager coming in, trying to rubber-stamp a new culture, new way of doing things, new medical team, new strength and conditioning, new place to train, there’s a lot of big changes.

“But I think Dublin will get their house in order fairly fast. It’s just a matter of candidates really, and suitable candidates.” 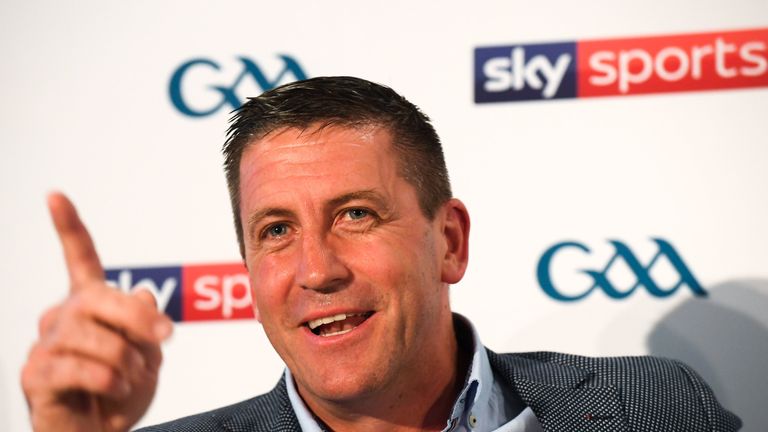 I’m not saying it leaves them behind, but it’s not ideal

The Dubs could be playing catch-up ahead of 2020

Nonetheless, while some senior players may ponder intercounty retirement in light of the regime change, Connell feels there is still a strong nucleus of younger players in the team that will drive the side forward as they chase a sixth consecutive All-Ireland title.

“There’s a lot of hard-earned experience in that changing room, even with the older lads retiring,” he said.

“It’s the guys in the early-to-mid 20s that are driving that team on.

“All they need is one or two players coming through from the U20s every year. I was at the U21 county final [on Saturday] – Peadar Ó Cofaigh Byrne from Cuala, playing midfield – what a phenomenal athlete. A big ball-playing midfielder. You can see him playing beside Brian Fenton in midfield for years to come when the likes of Michael Darragh Macauley retires.

“I’m not saying there’s a massive assembly line, but there is players that would certainly add to the reputation of Dublin if the right fit is there in terms of a manager.