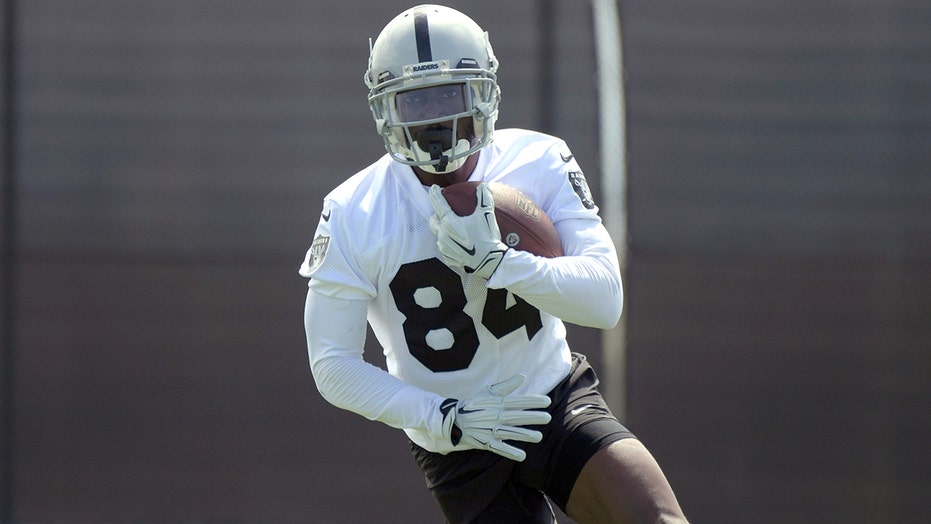 Brown reportedly has threatened to quit football if he is not allowed to wear his old helmet. Brown has worn the same type of helmet for 10 years and, according to ESPN, wants to keep it that way instead of using a newer model helmet mandated by the league.

“The player can’t practice or play in games with equipment that’s not approved,” NFL spokesman Brian McCarthy tweeted. “If he doesn’t play or practice he is in breach of his contract and doesn’t get paid. Nfl policy is that Helmets have to be certified by NOSCAE. They don’t certify equipment that’s old than 10 years.”

Brown, who has been sidelined for most of training camp after a reported mishap with a cryotherapy machine, had a two-hour conference call with an independent arbitrator Friday, ESPN reported. He argued that he should be allowed to keep the original piece of equipment because the newer helmet bothers his vision.

Brown has reportedly filed a grievance with the league.

In a cryptic Instagram post on Friday, Brown appeared to allude to the ongoing row, with a caption paraphrasing the 2002 movie "Paid in Full".

"I love the game; I love the hustle; young-in got doe he can leave the league but if I leave will the fans still gone love me man? #paidinfull," he wrote.

Brown has had a somewhat disruptive summer since being traded, missing a significant portion of training camp and practice in the offseason.

The Raiders acquired Brown in a trade with the Pittsburgh Steelers in the offseason.