ELLIOT SIMOES may already have scooped the honour of 2022’s WORST PENALTY just days into the new year.

The Nancy star, 22, was left red-faced yesterday as his side took on Rennes in the French Cup. 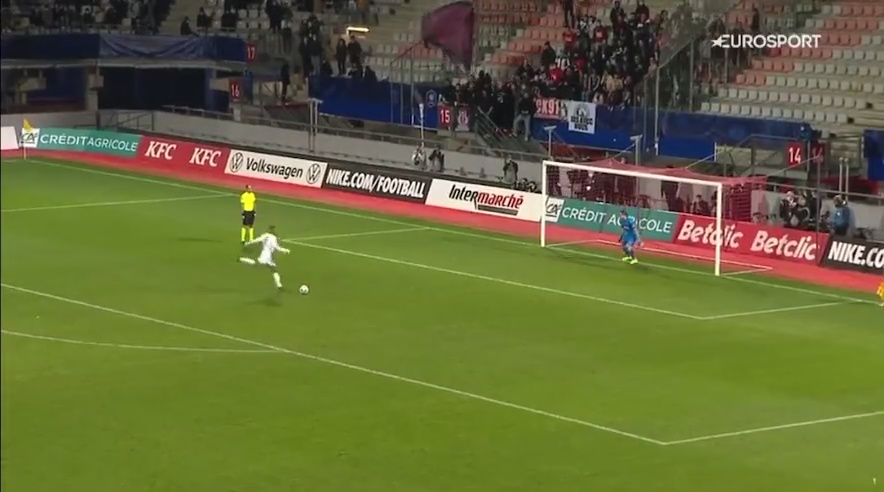 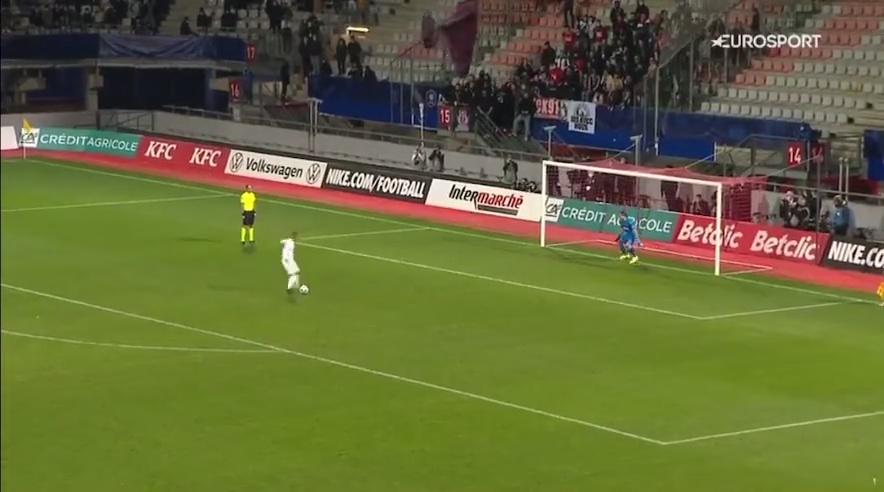 They were battling it out for a place in the last-16 as the tie went to a shoot-out after a 1-1 draw.

Simoes stepped up and had the opportunity to put Nancy 4-3 ahead and decided to copy Chelsea’s Italian star Jorginho routine – only to fluff his lines horribly.

The winger produced a little skip before striking the ball, only to then watch on in horror as his effort rolled miles wide of the goal with the French commentator left gasping in disbelief.

Jorginho’s unorthodox technique has been made to look easy by the midfielder and he has enjoyed huge success with it.

But you can bet that is likely to be the last time we see Simoes trying it out.

And he will have been advised to stay off social media afterwards as his penalty soon went viral with fans quick to mock him.

One wrote: “Not everyone can imitate Jorginho.”

Another said: “I’ve never seen that in my life.”

A fellow viewer tweeted: “He should get a three match suspension.”

Simoes pent time at both Benfica and Sporting Lisbon before moving to England and playing for non-league FC United of Manchester between 2016 and 2018.

He then spent two years at Barnsley, going on loan to Doncaster, and then joined Nancy last summer.