Oleksandr Usyk is aiming to become a two-weight world champion

From Olympic gold medalist to heavyweight title contention, Oleksandr Usyk’s journey through the boxing ranks has in many ways mirrored that of Anthony Joshua, and the pair’s 10-year collision course finally comes to a head on Saturday.

Usyk takes on Joshua at the Tottenham Hotspur Stadium on Saturday with AJ’s IBF, WBA and WBO titles on the line in the Briton’s latest defence of his heavyweight crown.

The 34-year-old is undefeated in 18 professional outings so far – recording 13 knockouts – but many of those bouts have come in the cruiserweight class, the division Usyk dominated in becoming the undisputed champion.

He has had just two fights at heavyweight since making the step up in 2019, recording victories over Chazz Witherspoon and Dereck Chisora, the latter on points in October last year.

Despite his inexperience at heavyweight, Joshua has warned that Usyk is the “second-toughest” opponent he has fought in his career, only behind the Ukrainian’s compatriot Wladimir Klitschko.

6ft 3in Usyk, who fights with the southpaw stance, is signed to Wladimir Klitschko and Vitali Klitschko’s K2 promotions company and is the latest in the next wave of Ukrainian champions that also includes Vasyl Lomachenko.

Describing himself as a “simple guy”, Usyk was brought up in Simferopol, Crimea and began boxing during his childhood.

Usyk turned professional in 2013 following a distinguished amateur career which saw him win gold at both the 2011 World Boxing Championships and the 2012 Olympic Games in London. 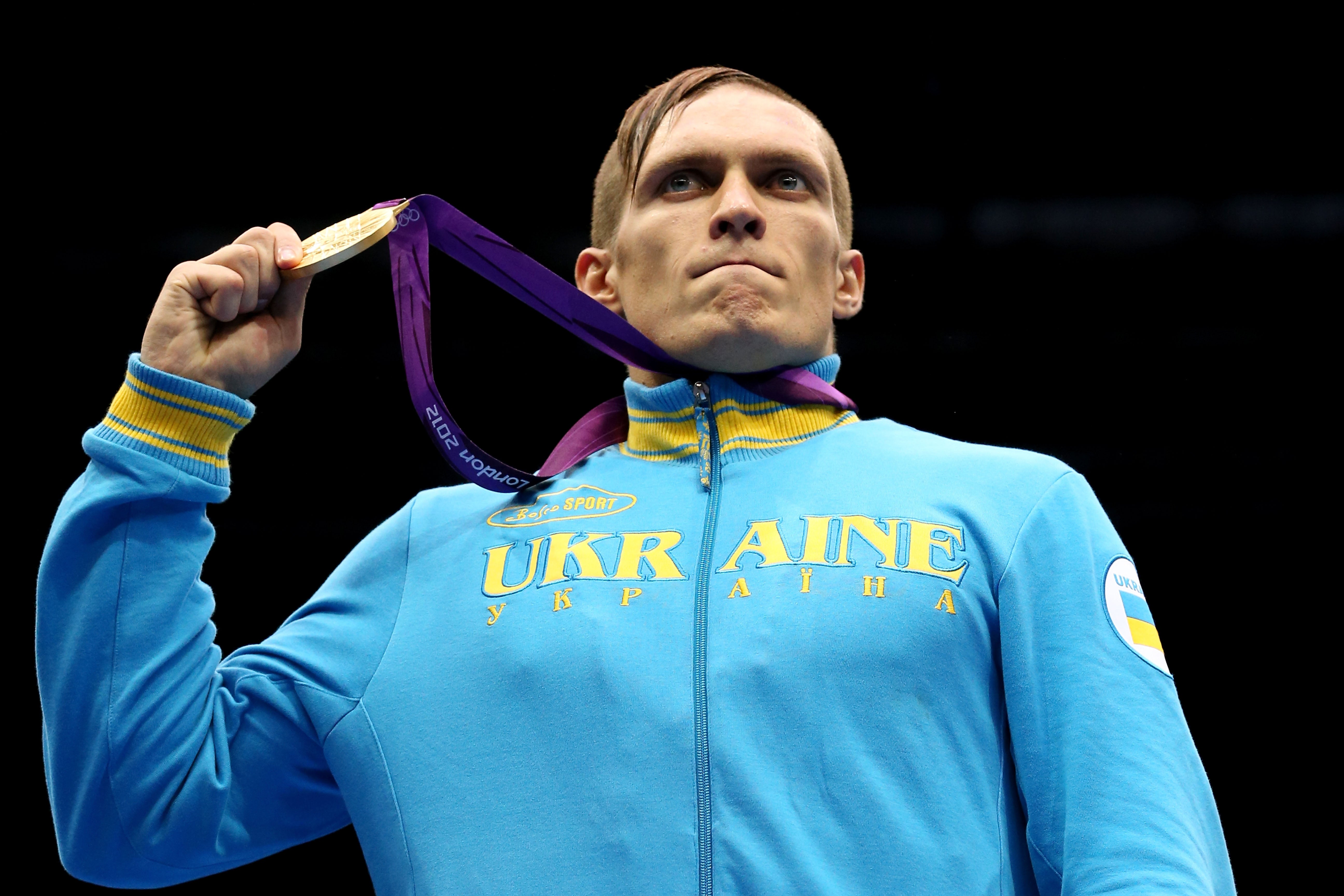 Oleksandr Usyk won gold at the 2012 Olympic Games in London

The southpaw’s gold medals came in the heavyweight class, while Joshua won silver and gold in the super-heavyweight competitions in 2011 and 2012 respectively.

2018 was a breakthrough year for Usyk, as he defeated Marco Huck, Mairis Briedis and then Murat Gassiev to win the inaugural World Boxing Super Series cruiserweight tournament.

In doing so, Usyk unified the division and became the first fighter in history to hold all four world major championships at cruiserweight – and was later named Fighter of the Year by a number of major titles.

Usyk defended all four belts on only one occasion, when he knocked out Tony Bellew at Goodison Park in the Liverpool fighter’s final bout of his career, before vacating the belts in 2019. 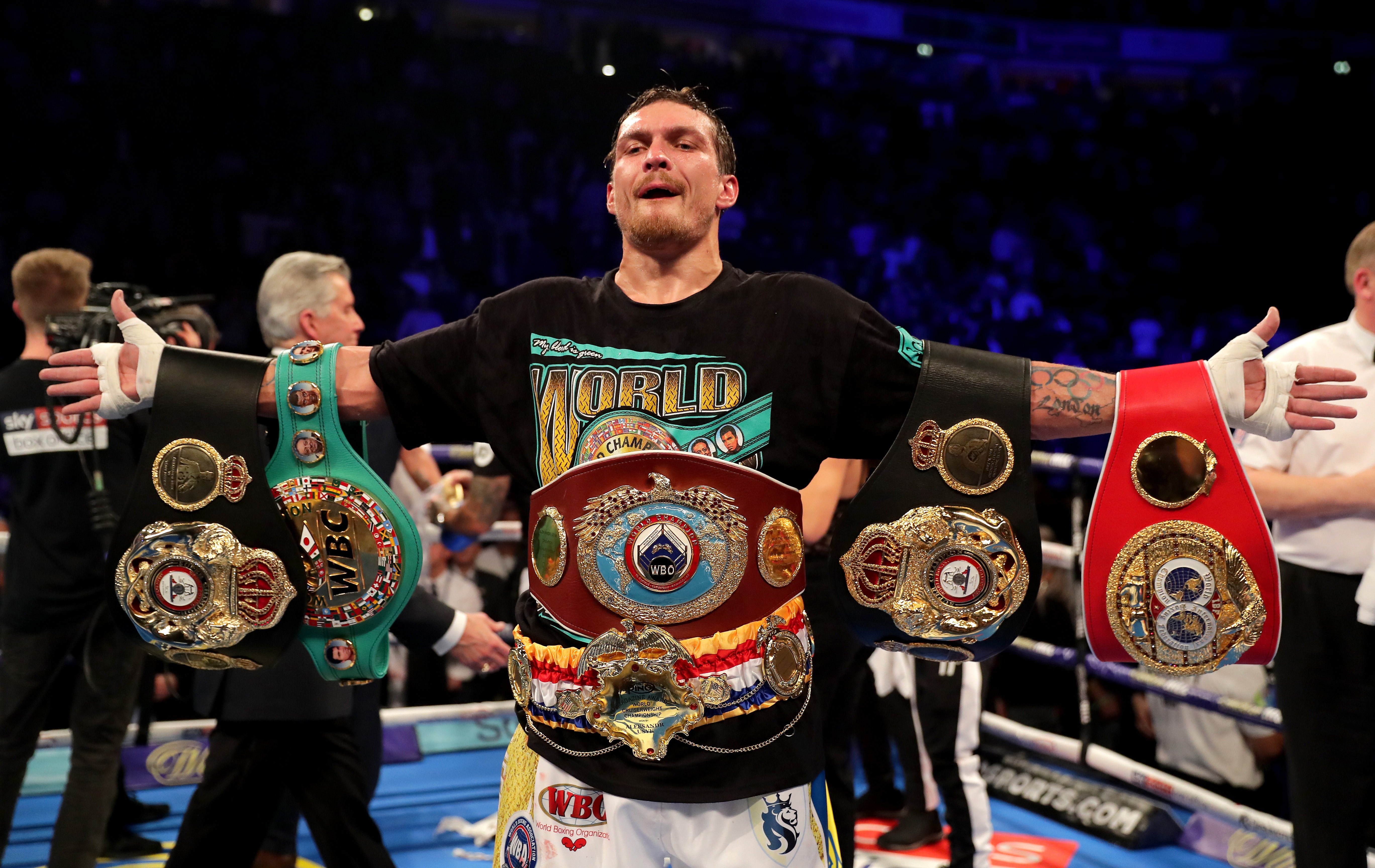 The Ukrainian defeated Tony Bellew before vacating his cruiserweight titles

He signed a deal with Matchroom Boxing to fuel talk that he was eyeing a future meeting with Joshua and recorded a straight-forward victory over Witherspoon in his heavyweight debut.

His next meeting with Chisora was much more of a challenge, with the veteran heavyweight asking some early questions before Usyk took over and secured a comfortable victory over 12 rounds.

Joshua was sat ringside, but when AJ defeat Kubrat Pulev two months later it seemed that his all-British unification fight with Tyson Fury would finally be on the cards.

Negotiations for the fight broke down, however, when Fury was ordered to face Deontay Wilder for a third time, allowing Joshua to face WBO mandatory contender Usyk.

It brings together the career paths of two men who have been set for this meeting for some time.