OLIVIER GIROUD has completed his transfer to AC Milan from Chelsea and has been given the No 9 shirt.

The Frenchman spent three years at Stamford Bridge and the West Londoners gave him a glowing review as they wished him well during his time in Italy. 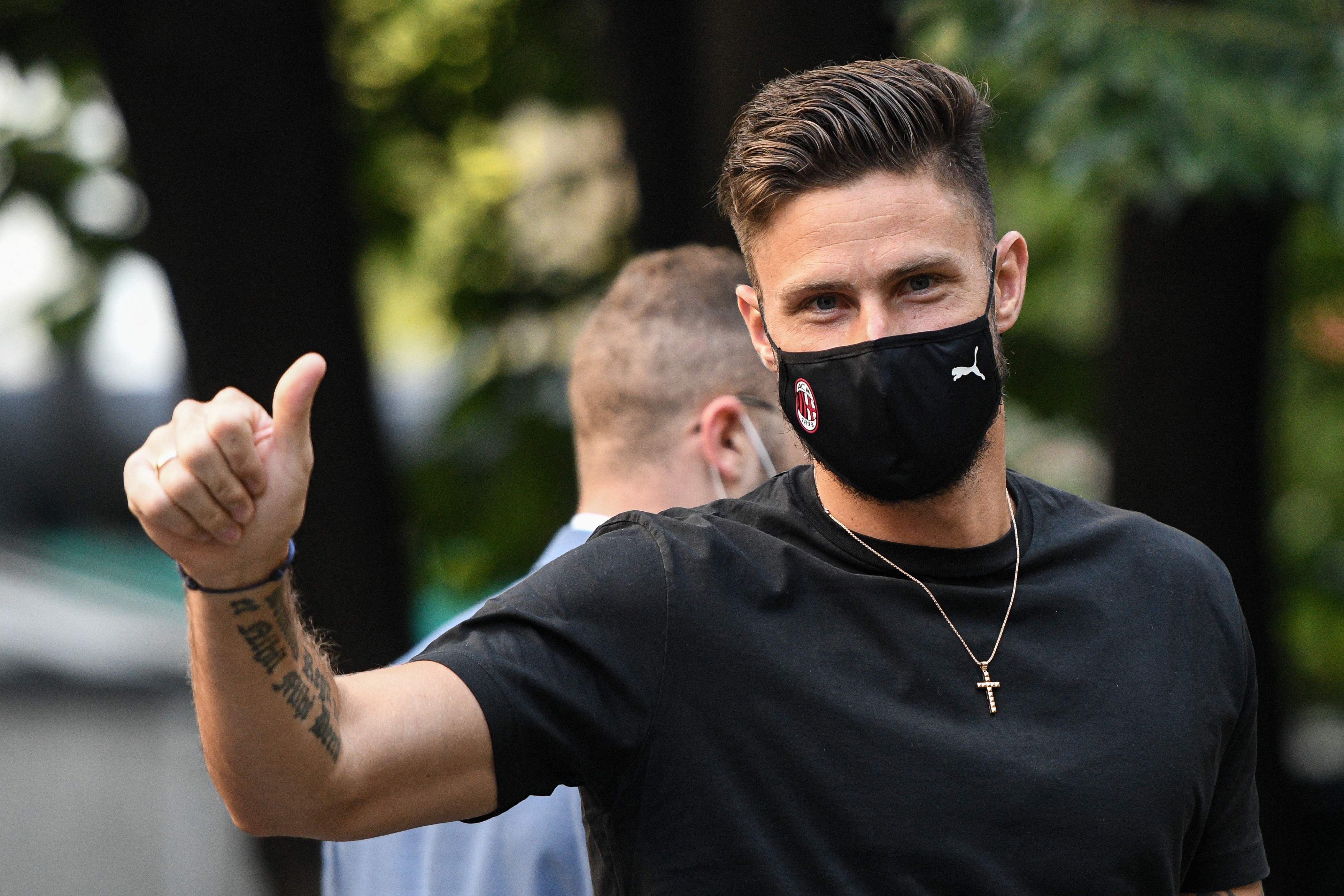 A Milan statement read: "AC Milan is delighted to announce the signing of Olivier Jonathan Giroud on a permanent transfer from Chelsea FC.

"The French striker will be wearing the No 9 jersey."

Upon his arrival at Chelsea from Arsenal in 2018, Giroud, 34, said: "My ambition is to win some trophies.

"That’s why I am playing football. I am a competitor and I want to win again and again."

And that is exactly what he did – bagging winner's medals in the FA Cup, Europa League and Champions League.

In an affectionate statement on their website, the Blues documented his career and said: "Olivier ends his time in London SW6 with 119 appearances, 59 as a sub, and 39 goals to his name, as well as those three trophy wins.

"We thank him greatly for his service and wish him the very best in his future career."

Giroud arrived in Italy on Friday for his medical.

Giroud's Chelsea contract was extended by the West Londoners at the end of the season, although included an £850,000 release clause.

Milan have triggered the clause.

The World Cup winner will provide an alternative to injured veteran Zlatan Ibrahimovic.

He has agreed a two-year deal, reportedly worth around £50,000-a-week.

He joined Arsenal from Montpellier in 2012, joining the 100-club at the Gunners.

In total he bagged 105 goals in 253 appearances for the North Londoners, also laying on 41 assists.

Giroud left Arsenal for Chelsea in January 2018, playing under four managers during a chaotic few years at Stamford Bridge.