PICTURED: England cricket star Ollie Robinson returns to the Lord’s turf to play the morning after his dream debut turned into a nightmare when his historic racist and sexist tweets resurfaced

Ollie Robinson stepped onto the Lord’s turf on Thursday morning the day after his dream England debut turned into a nightmare.

The 27-year-old was jubilant in taking two wickets against New Zealand but away from the pitch a storm of controversy swirled around historic racist and sexist tweets he’d posted in 2012, at the age of 18.

One read: ‘My new Muslim friend is the bomb #wheeyyyyy’. While he also wrote: ‘Not going to lie, a lot of girls need to learn the art of class #getsome.’ 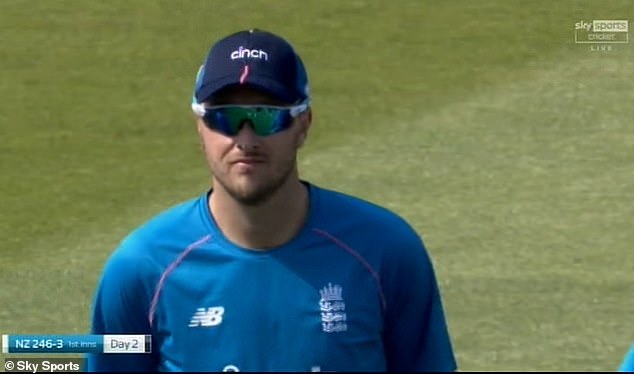 Robinson faces a fine and a possible suspension as the ECB confirmed the launch of an investigation after the offensive messages emerged.

On Thursday morning, his team-mate and fellow bowler Mark Wood admitted the incident had been ‘tough’ for Robinson and the rest of the group to deal with.

He said: ‘Last night was pretty tough for him and the whole team to hear that news.

‘But I think he’s going to try to concentrate on the cricket today and get his mind firmly fixed on what is an important morning for us and try to get back in the game.

‘Mentally if his head’s in that space I think he can do the business again like he did yesterday.’

After the day’s play on Wednesday, Robinson read a pre-prepared statement: ‘On the biggest day of my career so far, I am embarrassed by the racist and sexist tweets that I posted over eight years ago, which have today become public,’ the ashen-faced player read.

‘I want to make it clear that I’m not racist and I’m not sexist. 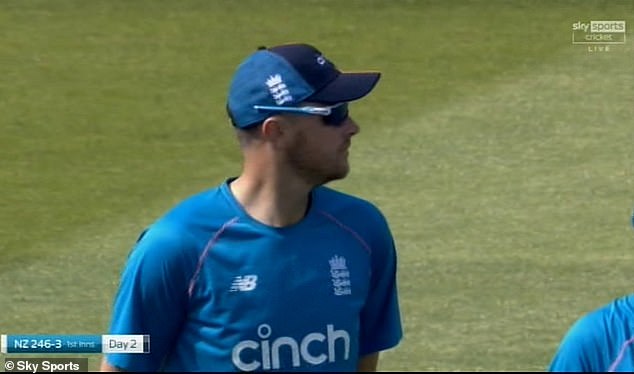 The first day of the Test summer and Robinson’s Test debut was ‘tarnished’, said the player

‘I deeply regret my actions, and I am ashamed of making such remarks. I was thoughtless and irresponsible, and regardless of my state of mind at the time, my actions were inexcusable.

‘Since that period, I have matured as a person and fully regret the tweets.

‘Today should be about my efforts on the field and the pride of making my Test debut for England, but my thoughtless behaviour in the past has tarnished this.’

Former England captain Michael Vaughan was amazed by the fact that the ECB had not conducted proper background checks.

He told BBC’s Test Match Special: ‘I’m staggered that the ECB don’t do their due diligence on everything – by everything I mean if you are going into partnership with anyone or a brand, you do your due diligence in making sure you know everything about them.

‘They haven’t done that on Ollie Robinson. I don’t think this gets put to bed easily because what he has tweeted is out there. 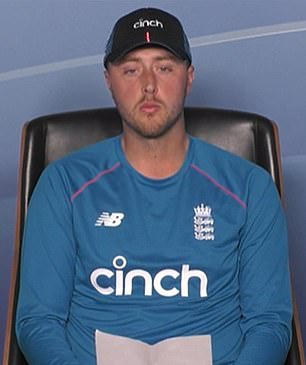 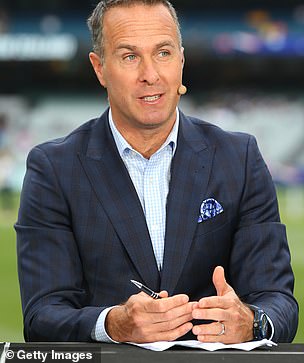 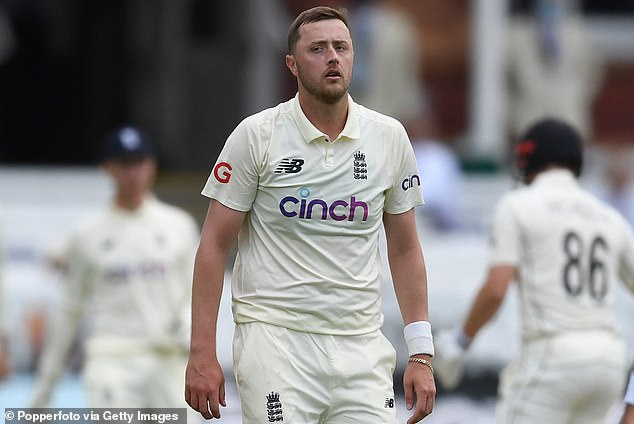 ‘A few weeks ago, surely England would have known that Ollie Robinson was in their thoughts. You have to go through everything. These days on Twitter, social media it’s all there for everyone to see.

‘You can’t suddenly – why didn’t they delete it – that’s irrelevant. He tweeted what he had tweeted in 2012.

‘Yes, he was 18 but I do find that staggering that the ECB with everything, the resources that they have in their operation, they don’t go through everything about every player that you pick just to make sure you have got everything covered.’

The ECB’s embarrassment was all the more painful given that the England players had lined up before play on Wednesday wearing black t-shirts sending an anti-discrimination message.

Reiterating the ECB’s ‘zero-tolerance stance to any form of discrimination’, chief executive Harrison said in a statement: ‘I do not have the words to express how disappointed I am that an England men’s player has chosen to write tweets of this nature, however long ago that might have been. 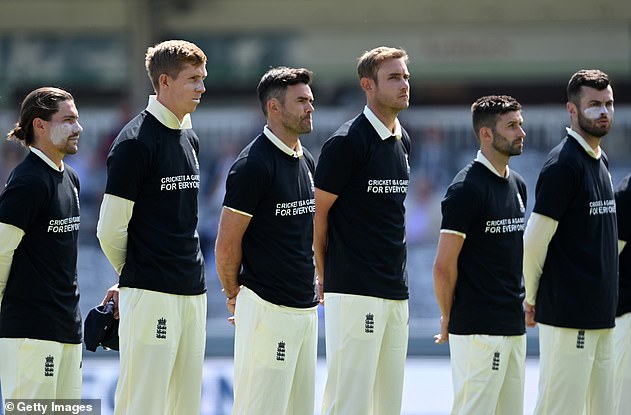 ‘Any person reading those words, particularly a woman or person of colour, would take away an image of cricket and cricketers that is completely unacceptable. We are better than this.

‘We will initiate a full investigation as part of our disciplinary process.’

Sportsmail columnist and Sky Sports pundit, Nasser Hussain, said the incident highlights the need for players to manage their social media with absolute care and attention.

He said: ‘It is a lesson really that if you’re in and around the team treat anything you do on social media as if you’re doing a press conference,’ he said.

‘If you’re going to wear t-shirts about online hate and abuse, anti-sexism and anti-racism you just can’t be doing this. It is just not good enough and it is just not on.

‘It is a good lesson for anyone out there with social media. When you do this sort of stuff and you put it out there whether it be after a few beers after 4am in the morning, it is out there for good. 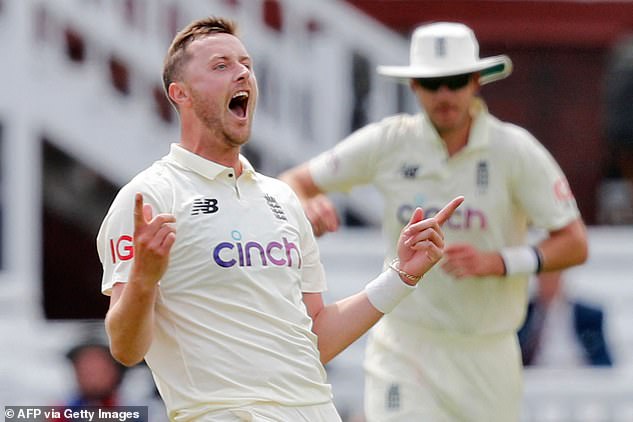 ‘If anything good can come from this it is that some young lad or girl thinking ‘online abuse is not good enough’. He has learned the harshest and biggest lesson.