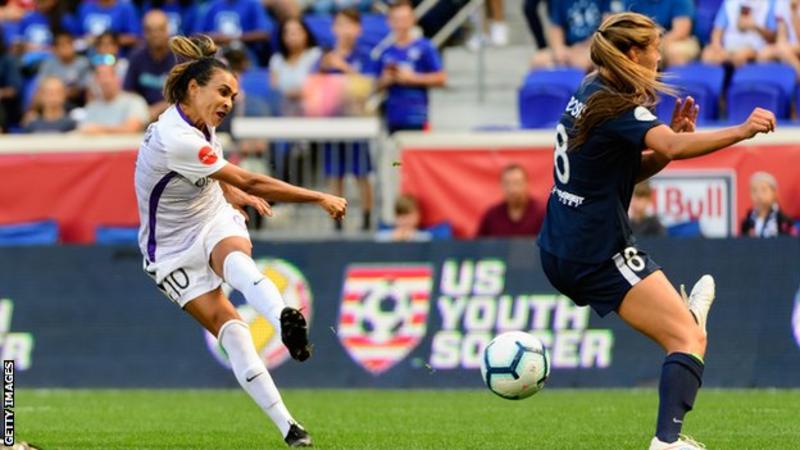 Orlando Pride have withdrawn from the NWSL Challenge Cup after six of their players tested positive for Covid-19.

Pride, whose squad includes six-time world player of the year Marta and a host of US internationals, were due to compete in the nine-team tournament, starting on 27 July in Utah.

The NWSL is set to be the first league to resume following the coronavirus ,which halted sport in March.

“This was obviously a difficult and disappointing outcome,” said the club.

“However this is a decision that was made in order to protect the health of all involved in the Challenge Cup.”