ARSENAL's stars haven't ALL taken to the new regime.

Since Mikel Arteta's appointment back in December 2019, some have fallen foul of the Spaniard's iron fist. 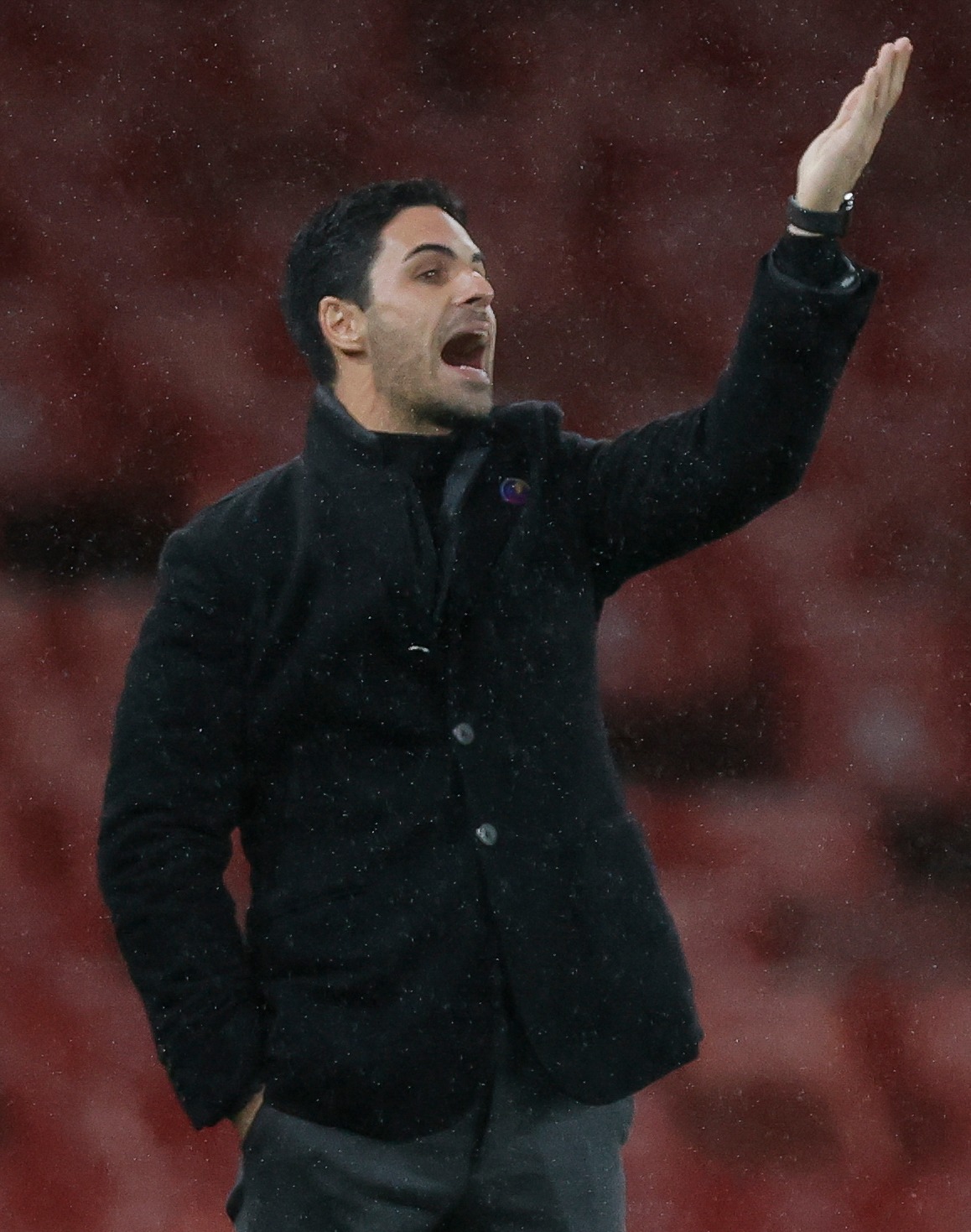 And though many of his talented squad are rightfully behind him, some haven't toed the line when its come to the ex-Manchester City assistant's high-standards of professionalism.

These few have even found themselves ushered towards the exit door at the Emirates, with the latest reports suggesting Granit Xhaka could be sold in January following his daft red card against Burnley, which his gaffer condemned him for.

Love him or hate him, Arteta made his feelings clear on German World Cup winner Mesut Ozil when he omitted him from his Premier League AND Europa League squads.

Reports in the summer suggested Arteta was unhappy with Ozil's application in training, and when trying to change the team's style of play he didn't see the playmaker as part of his plans.

Ozil, to his credit, has come out fighting – insisting he wants to stay and fight for his place in the side -with six months left on his £350,000-per-week contract.

And Arteta recently appeared to open the door for his return, as Arsenal have lacked ideas in the final third this season.

Speaking before the Burnley defeat, he said: "He's not in the squad right now.

“I'm focusing just on the players we have here.

“But, whatever happens in January, we have some time to decide.”

However, that hasn't stopped Ozil being linked with a move away – with a number of MLS teams believed to be interested in his services, as well as Turkish club Fenerbahce.

Another impressive talent, Guendouzi burst onto the scene last season and became an Arsenal favourite with some impressive displays – landing a Golden Boy nomination.

The promising Frenchman appeared a bargain buy at just £8million, but his temperament was called into question with Arteta the moment he took over the reigns from Unai Emery.

A fight with a team-mate, thought to be Sokratis, at a Dubai training camp set the tone and Arteta reportedly blamed him for the exchange.

Technical director Edu also had to remind the midfielder of his responsibilities at a media event for going topless in the Middle East.

The final straw came in a 2-1 defeat to Brighton in June, a game Guendouzi clashed with Neal Maupay.

Guendouzi is alleged to have boasted about his wages, and at the beginning of this season was shipped out on loan to Hertha Berlin where he recently scored a wonder goal.

ARSENAL BETTING TIPS: Southampton have to fancy themselves against Gunners, with Danny Ings a solid bet to score

Much is expected of the Ivorian winger, who has struggled at the Emirates since his £72million move from Lille.

But boss Arteta has always stood by his man, challenging him to repeat his Europa League form in the Premier League.

However, his patience was tested when Pepe let his team mates down by getting sent off against Leeds at Elland Road for headbutting Ezgjan Alioski. 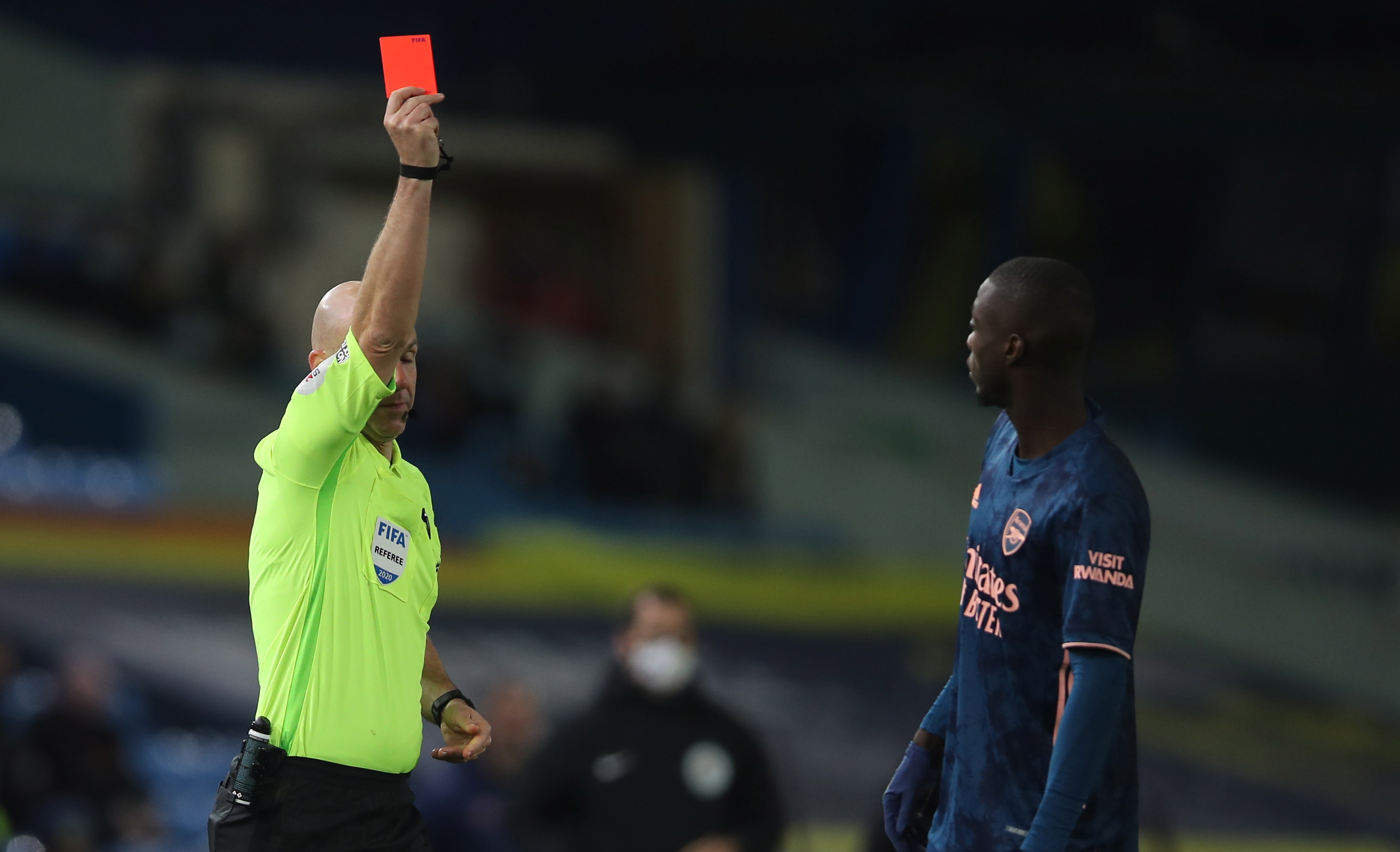 The Gunners were lucky to hold on for a point, and after the game Arteta slammed Pepe for his "unacceptable" behaviour.

Arteta concluded: "I really like the personality of the team. When Pepe let the team down, how we suffered together and stuck to what we had to do."

When Arsenal signed William Saliba from Saint-Etienne for £27m in July 2019, many Gunners fans would've expected the 19-year-old to have played some Premier League minutes by now.

But it hasn't worked out that way, with the Frenchman left frustrated by a lack of first team opportunities, as well as injuries hampering his progress.

It's Arteta's belief that Saliba needs a "transition" year before he is acclimatised to his North London surroundings.

Arteta also revealed he was "fed up" with Saliba's situation, with the France U21 international desperate to go on loan, but no agreements being made.

Saliba recently said he felt "locked up" at Arsenal on Instagram, having only appeared for the U21 side this season. 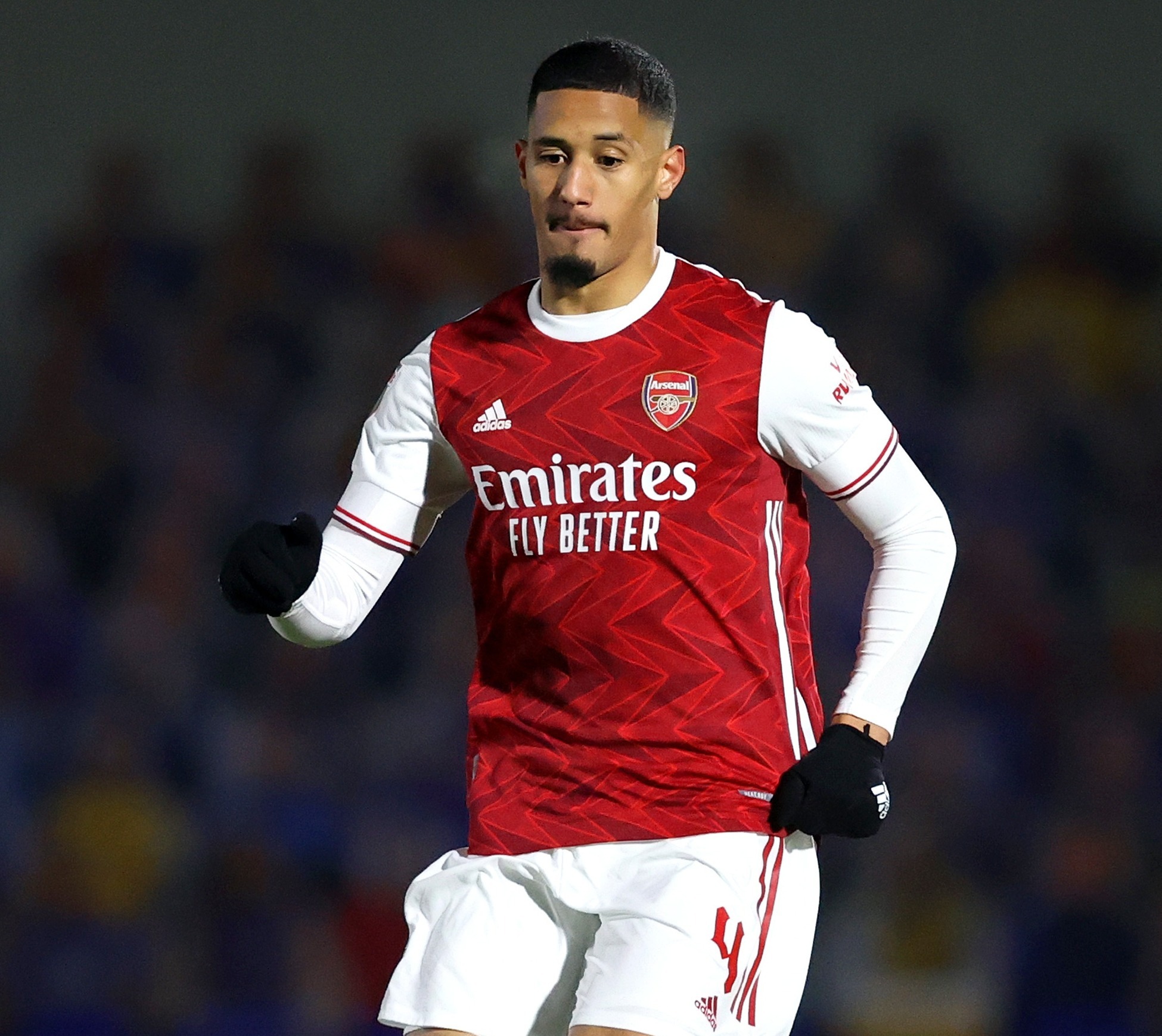 Stocked up at centre half, the defender is being discussed for a move away in the January transfer window.

Whether that's a permanent move or a loan deal, remains to be seen.

The Uruguayan midfielder was signed from Sampdoria in Serie A with high expectations.

But Torreira, 24, failed to settle and show his best form for the club.

So in the summer, after he was frozen out by Arteta, Torreira was sent on loan to Atletico Madrid.

With no option for a permanent deal, the door has been left open for the midfielder's return to the club. And recent reports suggest that could come sooner than expected.

But as Torreira's dad revealed, Arteta would have to love his son again on the pitch.

"Lucas has a huge heart and puts a lot of effort into everything he does," Ricardo Torreira told Madrid publication Libertad Digital.

"That’s why he’s not one of the players who likes to be on the bench waiting for minutes.

"He needs to show what he can give on the pitch. He’s encouraged with the game. And that happened at Arsenal.

"Lucas is honest and wants to leave his soul on the pitch, but that is defined by the coaches and for the current Arsenal manager he didn’t count."

History will be made for several reasons when Kamala Devi Harris takes her oath of office as vice president of the United States. But the…