PABLO MARI didn't take long to make his first assist for Arsenal as he helped teammate Lucas Torreira with a pull-up exercise during their training camp in Dubai.

Premier League clubs are currently on a mid-season break with Arsenal enjoying time in the Dubai sun. 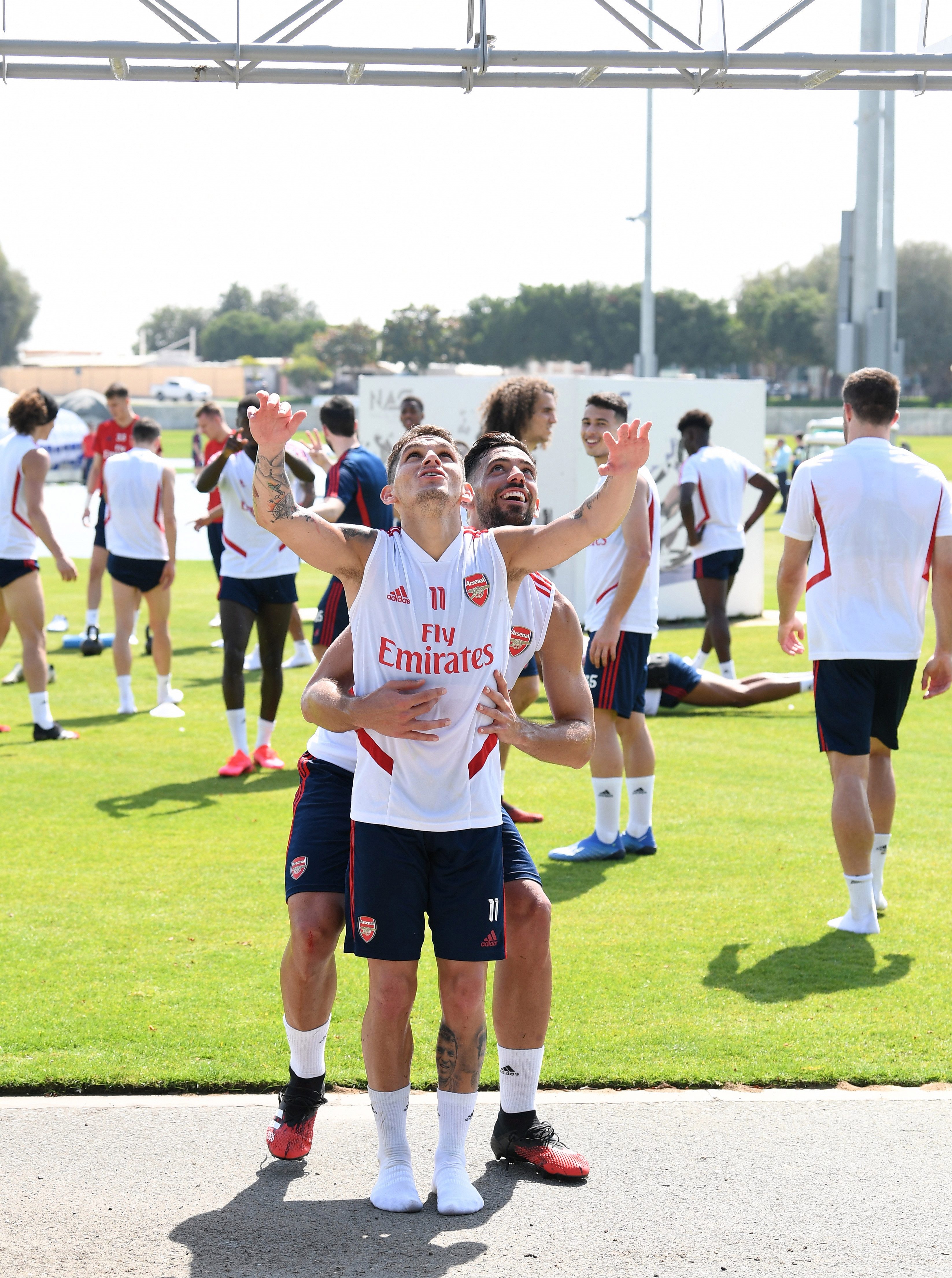 There is good news for Arsenal fans with Kieran Tierney resuming full training since dislocating his shoulder against West Ham in December.

Manchester United and Chelsea also trained at the same complex as Mikel Arteta's side as the clubs prepare for the final 13 games of the season.

Arteta will be hoping the break will help his side as they aim to rescue their season.

The Gunners are currently 10th in the league after winning just six of their 25 matches this season, with only the bottom two sides Watford and Norwich winning less.

Mari completed a loan deal from Flamengo as Arteta looks to improve his injury-hit defence as they target a place in the Europa League spots.

The 26-year-old soon got to work helping his new teammates as he lifted Torreira on to the pull-up bar during a training session.

Torreira needed a helping hand to reach the training equipment and Mari was there to support the Uruguayan.

Arsenal fans saw the funny side as they compared it to the Lion King.

Arsenal fans will be hoping for an improvement after the break after what has been an underwhelming season so far.

A poor start cost Unai Emery his job and now Arsenal have 13 games to drag themselves into the top six.

Five points separates them and Sheffield United in sixth and with back-to-back home games, it is a massive chance for them to close that gap.