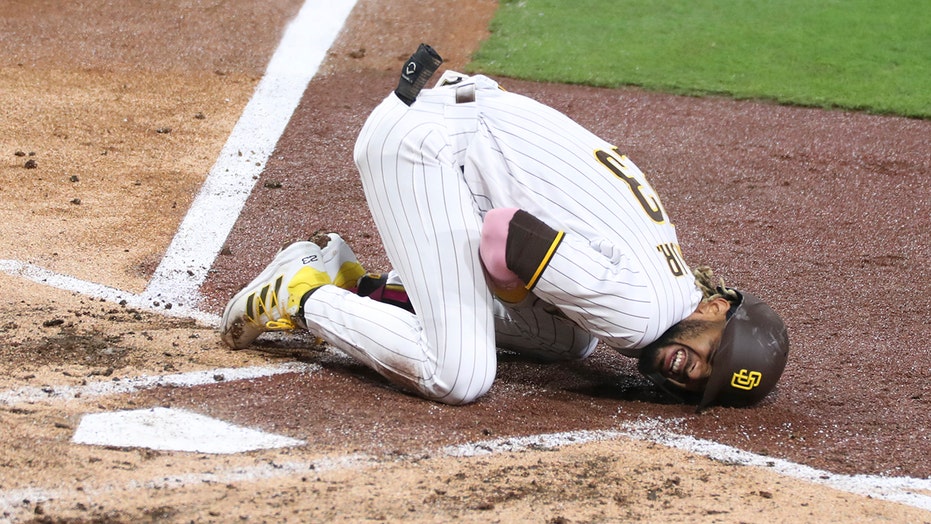 Tatis appeared to swing for the fences on a pitch from Anthony DeSclafani. He went down in pain almost immediately and grabbed his shoulder. He was attended to by Padres manager Jayce Tingler and a trainer as he walked off the field clearly in pain.

The shortstop had suffered some left shoulder pain during a spring training game but did not miss significant time. Tatis had said he’s been suffering left shoulder issues since he was a kid.

“It’s going to be really hard to speculate without getting the MRI and getting all those things the doctors need to look at and make a call,” Tingler told reporters after the game, via MLB.com.

Tingler said it was the “most pain” he’s seen Tatis in.

“You don’t like to see anybody get hurt, especially a guy like that who’s pretty fun for the game, for the fans and for the game of baseball,” DeSclafani said. “Anytime an injury happens to a guy like that, it’s not good to see. Hopefully he has a quick recovery and he’s back on the field playing.”

Tatis, 22, signed a 14-year contract extension in the offseason.

He was 3-for-18 with a home run and an RBI so far this season. He had struck out seven times and walked three times.