PAIGE VanZant is th-inking of having a massive, scary-looking object on her neck.

And she doesn't mean a gruesome wrestling rival performing a submission grip. 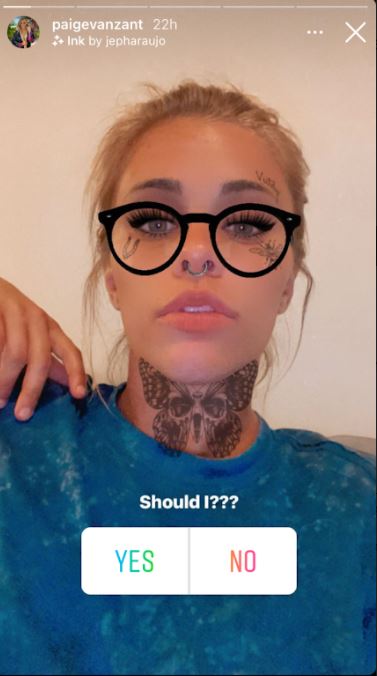 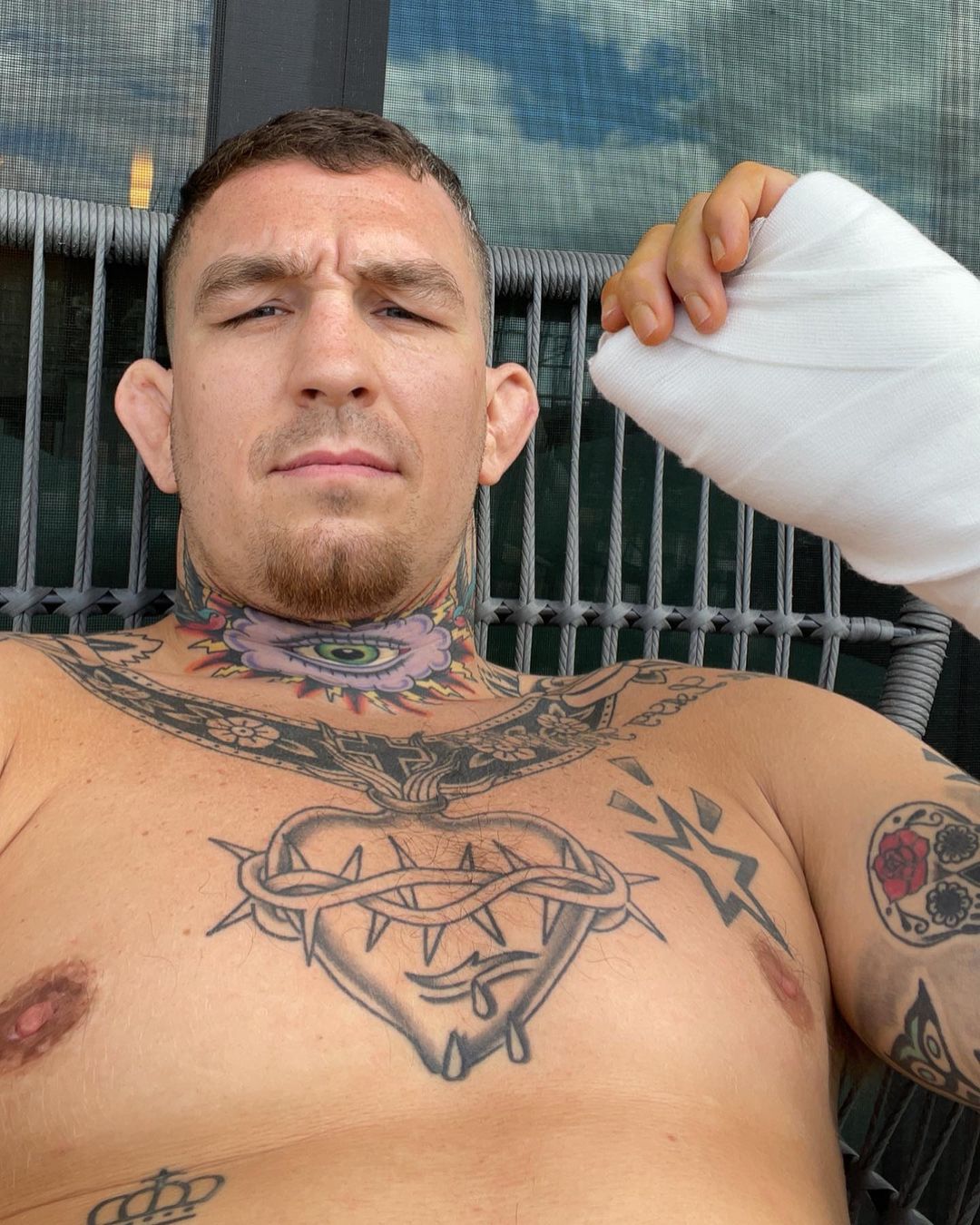 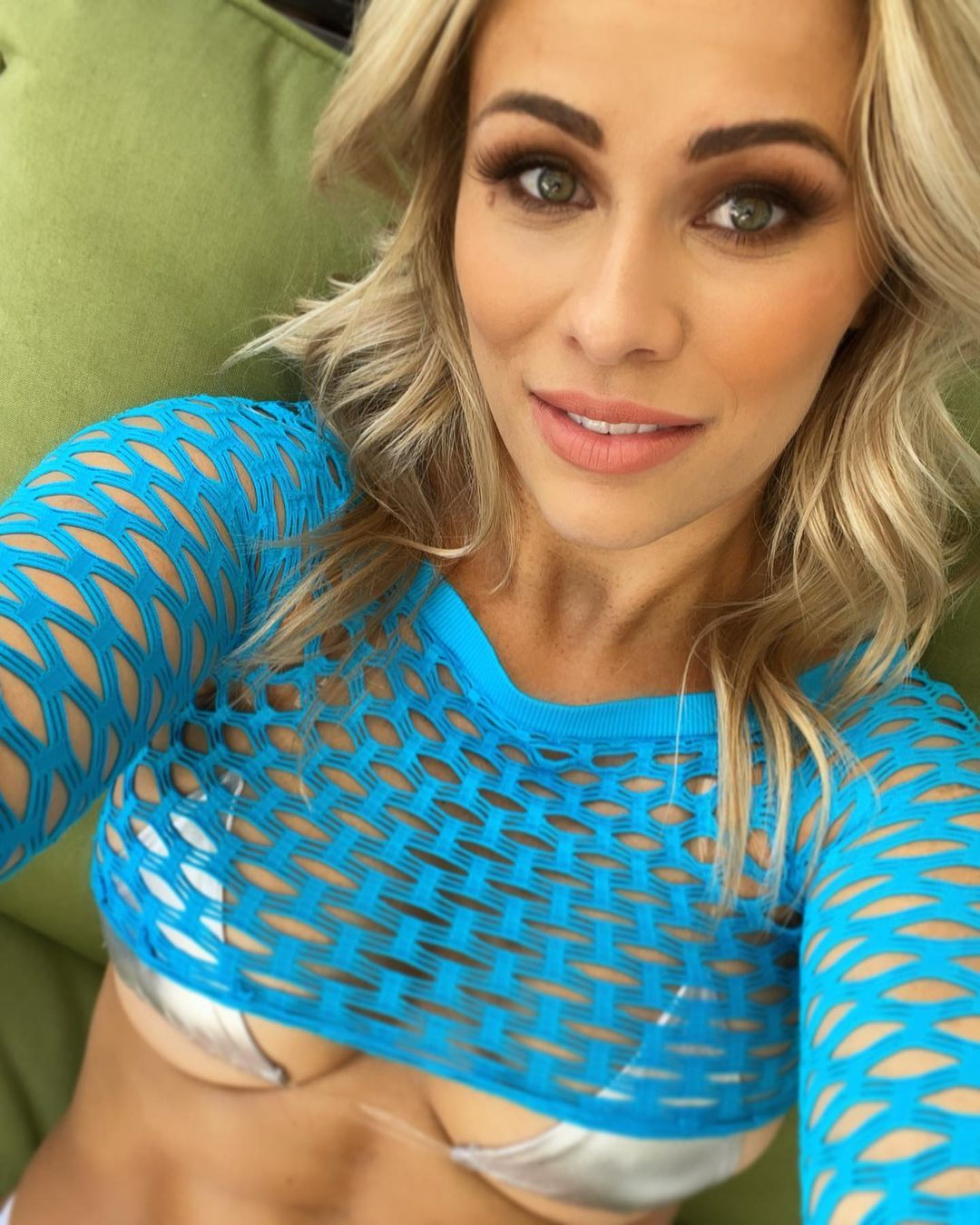 The ex-UFC superstar, 27, posted a filtered Instagram picture of her sporting a large tattoo – and asked fans if she should have the neck etching done for real.

But at least his wife is checking with her followers first before getting a permanent Paige mark.

Interestingly though, she also paraded a big pair of black-rimmed spectacles and a nose-ring in the picture.

Perhaps the aim was to distract from the questionable tattoo of what looked like a butterfly with the head of a ghoulish owl…. although it probably wasn't supposed to.

It's certainly far removed from the glamourous images Paige posted earlier this month – performing yoga poses as she basked on the beach in a bikini.

In fact, she has moved more into modelling since leaving UFC.

She once famously claimed she makes more money from her Instagram posts than she ever did in the ring.

So maybe she should mothball the idea. 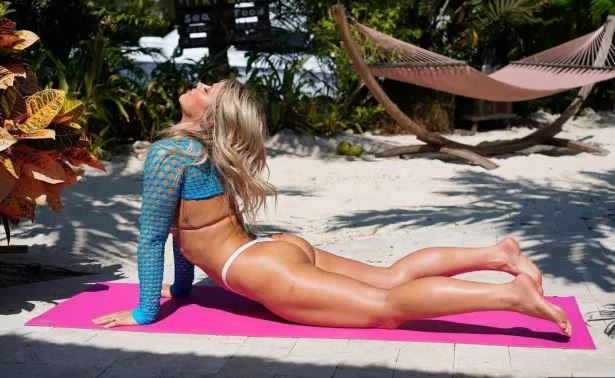