Tim Paine has emerged as Australia's most productive wicketkeeper-batsman after Adam Gilchrist at a time his growing leadership continues to be praised.

The Australians, buoyed by a series-levelling win against India, have arrived into camp in Melbourne and will begin training on Sunday ahead of the Boxing Day Test. 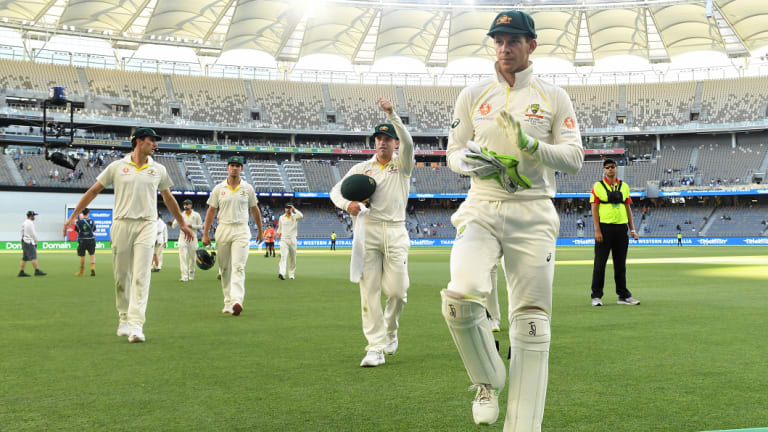 "With the banter between him and [Virat] Kohli, I thought Tim Paine's body language was always superb. He didn't look flustered, he wasn't animated, he looked like 'I am in control here, I am strong'," he said on the Bowlology podcast.

That volatility could have exploded when Paine and Kohli bumped slightly as the Australian completed a run during the Perth Test and Kohli was unnecessarily in his way.

The pair exchanged words through the Test, while Paine even jested to batsman Murali Vijay: "I know he's your captain but you can't seriously like him as a bloke."

"His classy wicketkeeping, talking to Justin Langer, I think the biggest surprise about Tim Paine is how good his keeping is," Fleming said.

"The level of that surprised the Australian coach, and then also his leadership, standing up to Kohli, not only that, leading by example, so is this the Test match the Australian public have found out about the real Tim Paine and fallen in love with him?"

Buoyed by their first win in seven Tests, the home side will carry momentum into the MCG blockbuster but there are still issues to address.

Aaron Finch must prove his injured right index finger is no impediment while Peter Handscomb, with 68 runs at 17 in four innings, is under pressure and could be replaced by all-rounder Mitch Marsh.

Former Australian batsman and Victorian great Brad Hodge maintains it's execution and not technical issues which have hampered Handscomb, whose weight transfer and inability to come forward to full balls has him battling for runs and appearing to frustrate team batting coach Graeme Hick.