But Villa striker Conor Hourihane has escaped punishment for his clash with Leeds goalscorer Mateusz Klich. 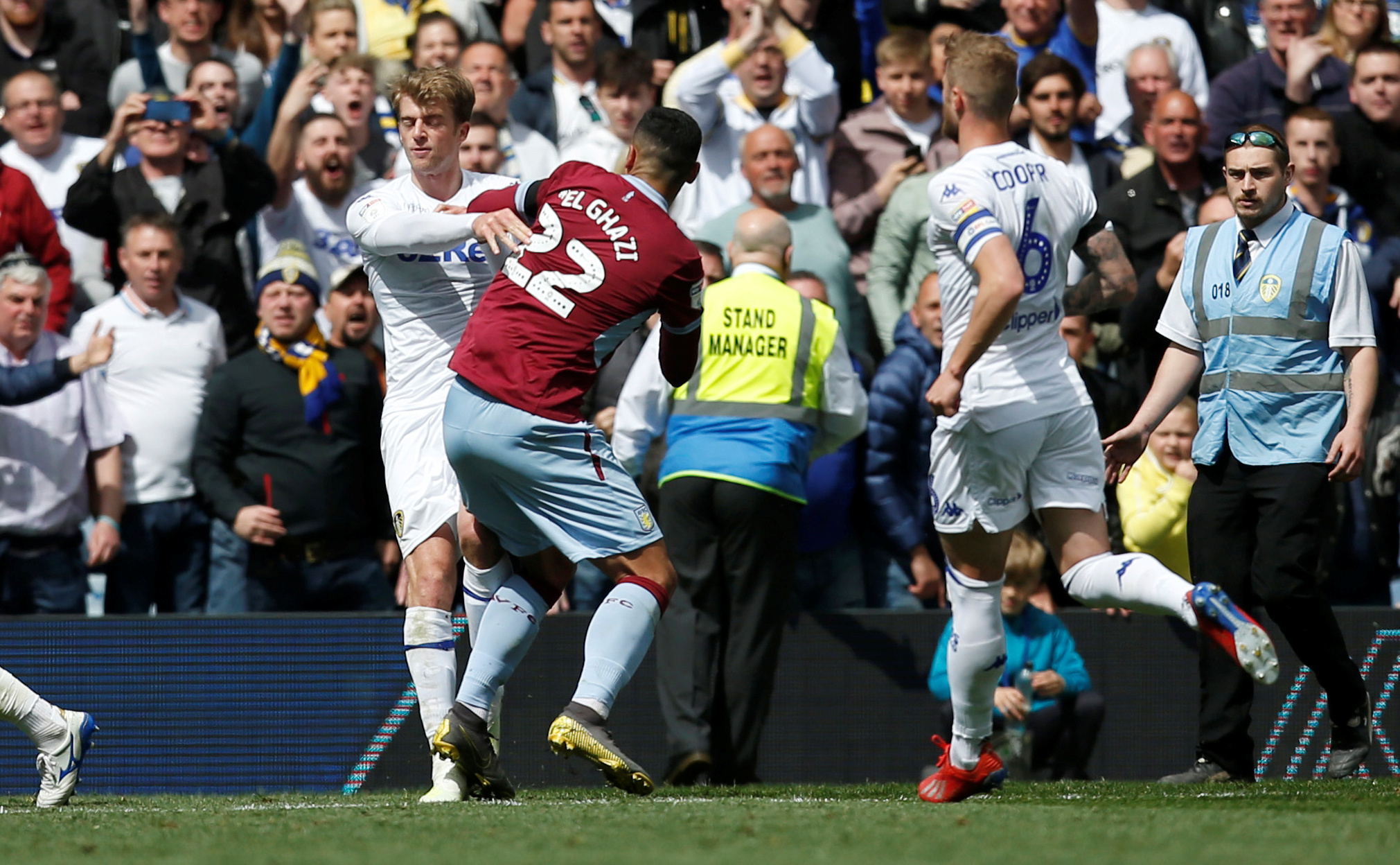 As SunSport reported, FA disciplinary chiefs have charged the Leeds striker with successfully deceiving the referee in the game at Elland Road on Sunday.

Bamford has until 6pm tomorrow to appeal but the clear-cut video evidence that El Ghazi did not strike him with his elbow means he will miss Leeds’ final game of the regular season and the first leg of their play-off semi-final.

In a statement, the FA confirmed that Villa’s claim for wrongful dismissal on behalf of El Ghazy has been upheld, with the red card rescinded, clearing the defender to play in the rest of the Midlanders’ season.

Villa were fuming after Klich played on and scored when striker Jonathan Kodjia was down injured.

With tempers fraying, players clashed in the Villa box and Bamford hit the deck, with Attwell told by his assistant the Leeds striker had been caught by El Ghazi’s elbow.

But video footage proved there was no contact and that Bamford had hoodwinked the officials.

The FA also studied extra footage which showed a clash between Klitch and Hourihane.

Attwell and his officials confirmed they had not seen the incident, which appeared to show Hourihane punching the Leeds man in the stomach, and was sent to a panel of three former refs.

But it was deemed not to be violent conduct – regulations state that it must be a unanimous view of the panel – clearing Hourihane to play on.