Running back Sony Michel led the way with 116 yards and a touchdown as the Patriots (10-5 record) ended a two-game losing slide. 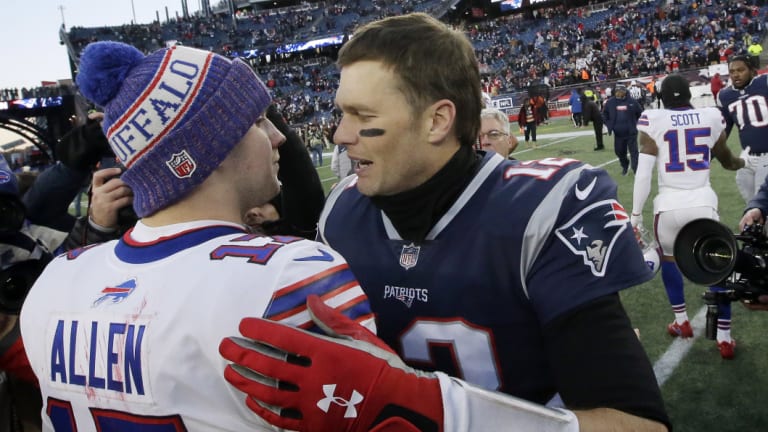 With their highest rushing total since 2008, New England didn't need to rely on five-time Super Bowl-winning quarterback Tom Brady, who finished with 13 of 24 passing attempts for 126 yards, one touchdown and two interceptions.

Elsewhere, Dallas scored their first defensive touchdown of the year in their 27-20 defeat of the Tampa Bay Buccaneers as the Cowboys (9-6) sealed the NFC East title and earned a home game in the play-offs.

Andrew Luck threw a one-yard touchdown pass to Chester Rogers with 55 seconds left as the Indianapolis Colts rallied for a 28-27 home victory over the New York Giants to bolster their post-season aspirations.

Tight end Kyle Rudolph caught two touchdown passes from Kirk Cousins, including a Hail Mary on the final play of the first half, as the Minnesota Vikings moved closer to a wild-card spot with a 27-9 defeat of the Detroit Lions.

Jacksonville eliminated the host Miami Dolphins from play-off contention with a 17-7 win.

Matt Ryan threw for two long touchdowns in the third quarter as the visiting Atlanta Falcons won 24-10 to ensure the Carolina Panthers' season would end at the end of the regular season.

Aaron Rodgers threw a 16-yard touchdown pass to Davante Adams in overtime to lead Green Bay to a 44-38 victory over the New York Jets.

The post-season begins on January 5 with the Super Bowl set for February 3 in Atlanta.