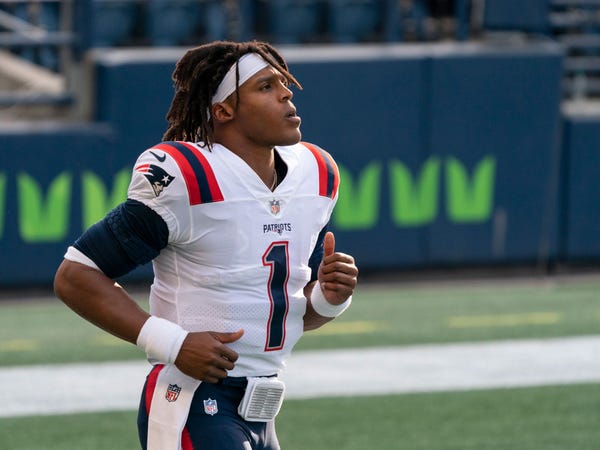 The team confirmed in a statement that a player had tested positive but did not specifically name Newton.

"Late last night, we received notice that a Patriots player tested positive for COVID-19," the statement read. "The player immediately entered self-quarantine. Several additional players, coaches and staff who have been in close contact with the player received point-of-care tests this morning and all were negative for COVID-19."

The NFL has postponed the Patriots game scheduled for Sunday against the Kansas City Chiefs. Schefter reported that the game is expected to be played Monday or Tuesday should the teams be able to carry forward this week.

It's the second NFL game in Week 4 to be postponed due to COVID-19. Earlier in the week, several players and staff members of the Tennessee Titans tested positive. As the number of cases in the Titans locker room grew over the following days, the team's scheduled game against the Steelers was pushed back, and their Week 5 game against the Bills now could be at risk.

For the NFL, Newton's positive test presents another big test of how the league is handling the pandemic, since Newton's diagnosis came just before the Patriots were set to travel to Kansas City.

A delay of a day or two allows for additional testing, but should more Patriots players test positive over the next few days, as happened in Tennessee, even a game on Monday or Tuesday might not be possible. That would force the NFL to make more drastic changes to the schedule in order to accommodate.