For only the second time under Bill Belichick, New England (2-3) has a losing record after five games. The team looked out of sorts in a game that had been postponed twice because of Covid-19. 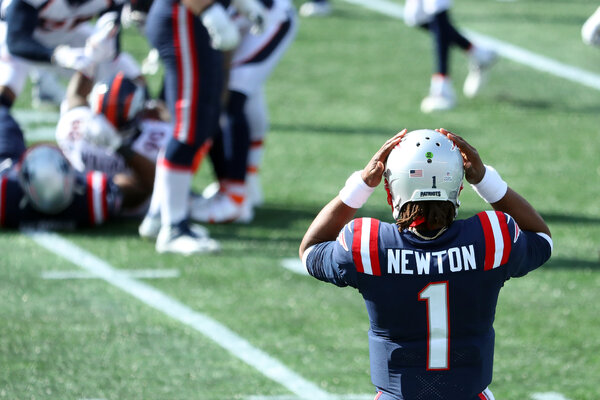 Nineteen years ago, in what was Bill Belichick’s second season in New England and Tom Brady’s first year as an N.F.L. starter, the Patriots had a 2-3 record at the second week of October.

It was the last time, until Sunday, that the Patriots had a losing record after five games in a season. In the 19 seasons since then, the team’s record in its first five games is 69-26. But in this most atypical N.F.L. season, even the reliably consistent Patriots are now in unfamiliar territory.

In a game that was twice postponed because of coronavirus cases among players, the visiting Denver Broncos stunned the sloppy, unimaginative — and likely underprepared — Patriots on Sunday with six field goals in an 18-12 upset. The Patriots (2-3), who had not played for 13 days, had three turnovers. The team’s offensive line, disrupted by injury and positive coronavirus tests, yielded four sacks.

Belichick had tried every unconventional tactic to maintain some unity during the Patriots’ long layoff — one full team meeting was held outside in the bleachers — but the Patriots were able to conduct only one practice plus a perfunctory walk-through in the run-up to Sunday’s game. Perhaps not surprisingly, they took the field flat-footed as Broncos quarterback Drew Lock completed a 41-yard pass on the game’s second play.

That jolt to the Patriots’ system was quickly followed by a 45-yard field goal by kicker Brandon McManus as the Broncos (2-3) took a lead they never relinquished. Because Lock threw two careless interceptions on consecutive throws late in the fourth quarter, the Patriots were able to make a late run that kept the score relatively close, but the New England offense remained hopelessly out of sync even during that rally.