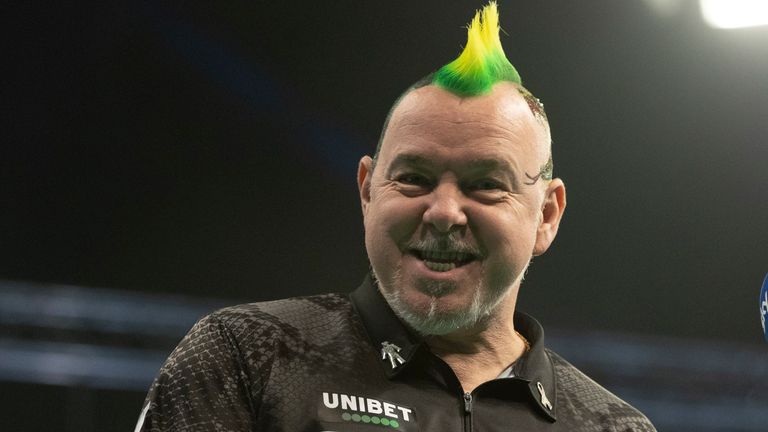 Snakebite has struggled for form of late, failing to reach the Premier League Play-Offs and suffering a fourth-round exit at the UK Open in the year’s big events.

However, he reached Wednesday’s quarter-finals in Milton Keynes and produced a blistering run to claim his second title of the year, culminating in an 8-4 victory over Luke Humphries in the final where he averaged 109.

“I’m very pleased,” said Wright, who averaged more than 100 for the day.

“I always seem to leave it until the last day! I was 5-3 down against Ryan Joyce and said ‘I’ll be in the car in a minute, [to wife] Jo’ but he didn’t finish me off. He let me sneak in leg by leg.

“Luke’s a quality player. I’ve played him many times, and it shows you how good the darts system that we’ve got is that he’s come so far.”

Hear from your Players Championship 16 winner Peter Wright as he collected his second title of the year!

Some kind words for his opponent Humphries too, playing in his fourth final of the year! pic.twitter.com/uYycLaXI7Y

Wright, the world no 2, picks up the £10,000 first prize and consolidates his position behind Gerwyn Price at the top of the world rankings after Michael van Gerwen withdrew from the final day of action – leaving the Dutchman third in the world and without a title since November last year.

Wright kicked off the day with wins over Scott Williams and Lorenzo Pronk before firing the first of four three-figure averages on the day in edging our Ryan Joyce 6-5.

The 2020 world champion then came through another last-leg decider to beat Brendan Dolan before averaging 103 to beat Rob Cross 6-1 in the quarter-final and 106 to whitewash Callan Rydz in the last four.

Humphries was also in fine form across the day to reach his fourth final of the year. The two-time world youth champion reached his first major televised final at the UK Open in March and has already lost to Jose De Sousa and Price in Pro Tour finals this year.

And he came up short again against Wright, who raced into a 3-0 lead in the final with 15, 13 and 11-dart legs that included two breaks of the Humphries throw. Snakebite was on the back foot when Humphries claimed the next two but another three-leg burst from Wright was enough to take him within two of the finishing line. 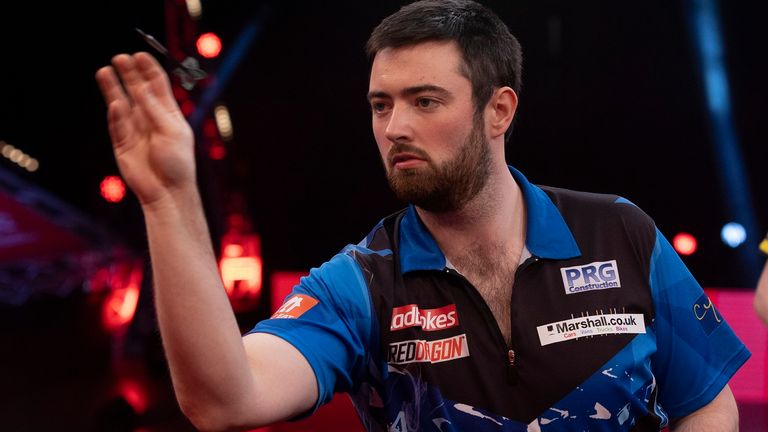 The pair split the last four legs, Wright winning the last two to leave ‘Cool Hand Luke’ still looking for his first senior title while claiming a 36th of his own.

After winning on Tuesday and Wednesday, De Sousa’s winning streak was halted at 13 by Austria’s Rowby-John Rodriguez, while Price was beaten in the last eight by Dutchman Dirk van Duijvenbode who also ended the hopes of Premier League champion Jonny Clayton.

De Sousa did little wrong, throwing seven 180s and taking out three huge finishes in a match average of 106, but Rodriguez averaged 98 himself on his way to a 6-5 second-round victory thanks to a last-leg decider.

In the race for a place at the World Matchplay, Latvia’s Madars Razma moved back into the last Pro Tour spot after a run to the last 32 that knocked Stephen Bunting out of 16th and final place, while Humphries and Rydz’s runs on Thursday leave them looking good for a Blackpool debut.

The Pro Tour resumes in Coventry next month with the latest batch of Pro Tour events, the four Players Championship events represent the final chance to quality for the World Matchplay with the field of 32 set to be confirmed after the final event on Friday July 9.

4th @OfficialPDC final today.. another runner up.. but I don’t care the way I’ve felt this week hasn’t been great but to make another final is a huge credit to myself.. well done @snakebitewright ?? thanks to my sponsors.. @ModusDarts180 @reddragondarts @MarshallGroup @cygroup2 pic.twitter.com/DIrqmFY3qi

Darts is back on your Sky Sports screens in July, with nine days of coverage from the iconic Winter Gardens and the World Matchplay – the action gets underway on Saturday July 17.