PETER CROUCH joked he was "ok" after fans speculated that he was in a "body bag" wheeled out on live TV.

Liverpool had just kept their title dream alive after a 2-1 win away at Southampton. 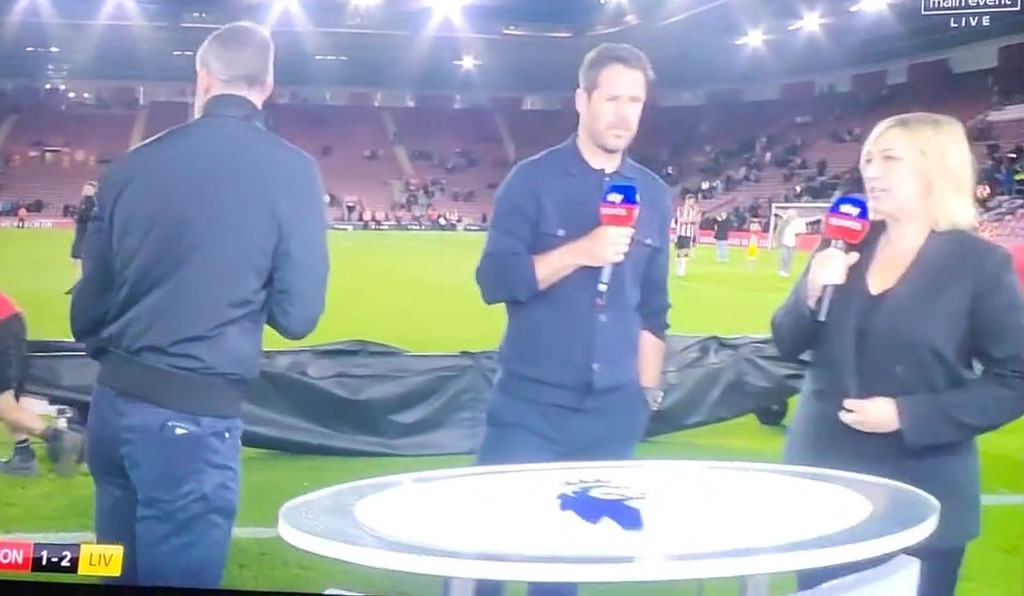 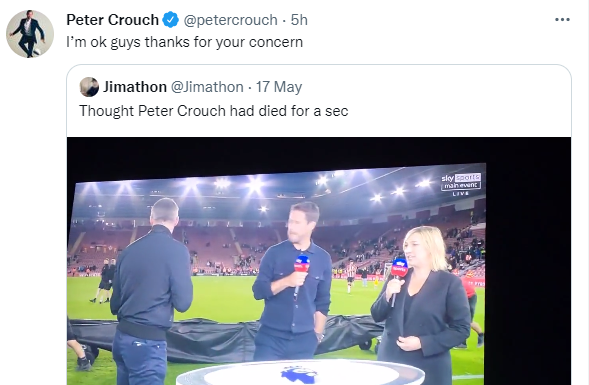 Southampton players and family had just finished off their traditional lap of honour after their final home game of season.

But as Jamie Carragher, Jamie Redknapp and presenter Kelly Cates talked through the final stages, a very long trolley covered with a giant black sheet was wheeled past.

And poor Peter Crouch got caught up in some Twitter frenzy.

Footie fans loved the post, with one writing "that is so funny", another posting "you win Twitter".

And a whole host of other people adding laughing face emojis.

It even promoted the man himself to retweet the post.

Crouch, who works as a pundit for Sky Sports, tweeted: "I’m ok guys thanks for your concern." 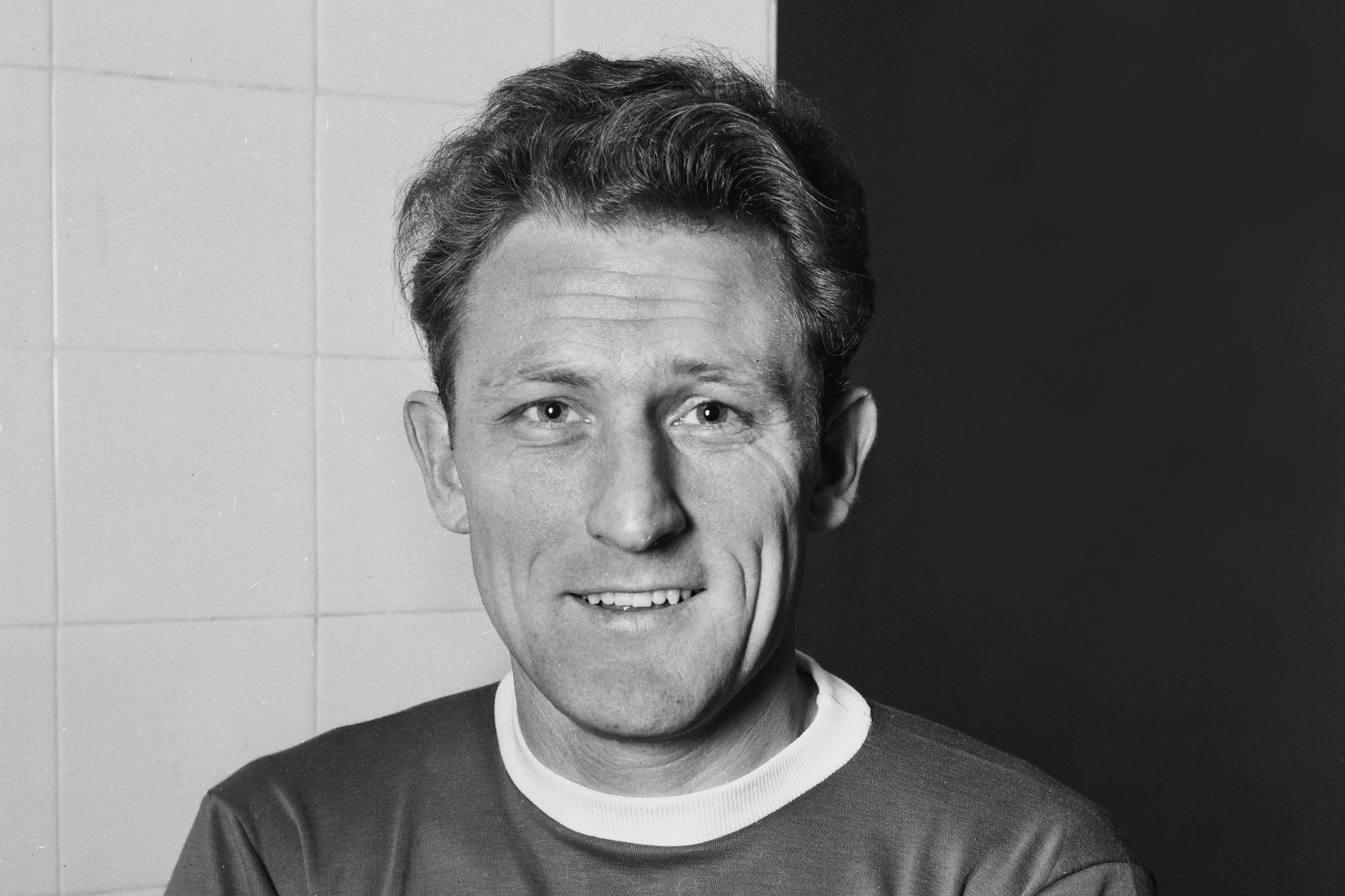 Crouch has become a well-loved face of TV after his football career came to an end.

And he will replace Mo Gilligan on the panel of this year’s The Masked Dancer.

Apart from being a legend at Liverpool, he is probably best known for his celebratory robot dance every time the striker scored a goal.

Peter, 41, takes over from Mo, 34, who has touring commitments during filming of the second series of The Masked Dancer.

He’ll no doubt be getting tips from his wife, former Strictly winner Abbey Clancy, 36, who sits down with him and their four kids to watch the show.

Peter said: “It is a firm favourite in our household and when asked I jumped at the chance to take part.

“I am competitive and I’m currently scrolling through friends’ socials looking for those tell-tale dance moves. “