POLAND did not take the knee before their England clash after their FA president said the gesture was their 'last topic of interest'.

Players have gone down on one knee across the world ahead of kick-off at sporting matches to highlight the fight against social discrimination and injustice. 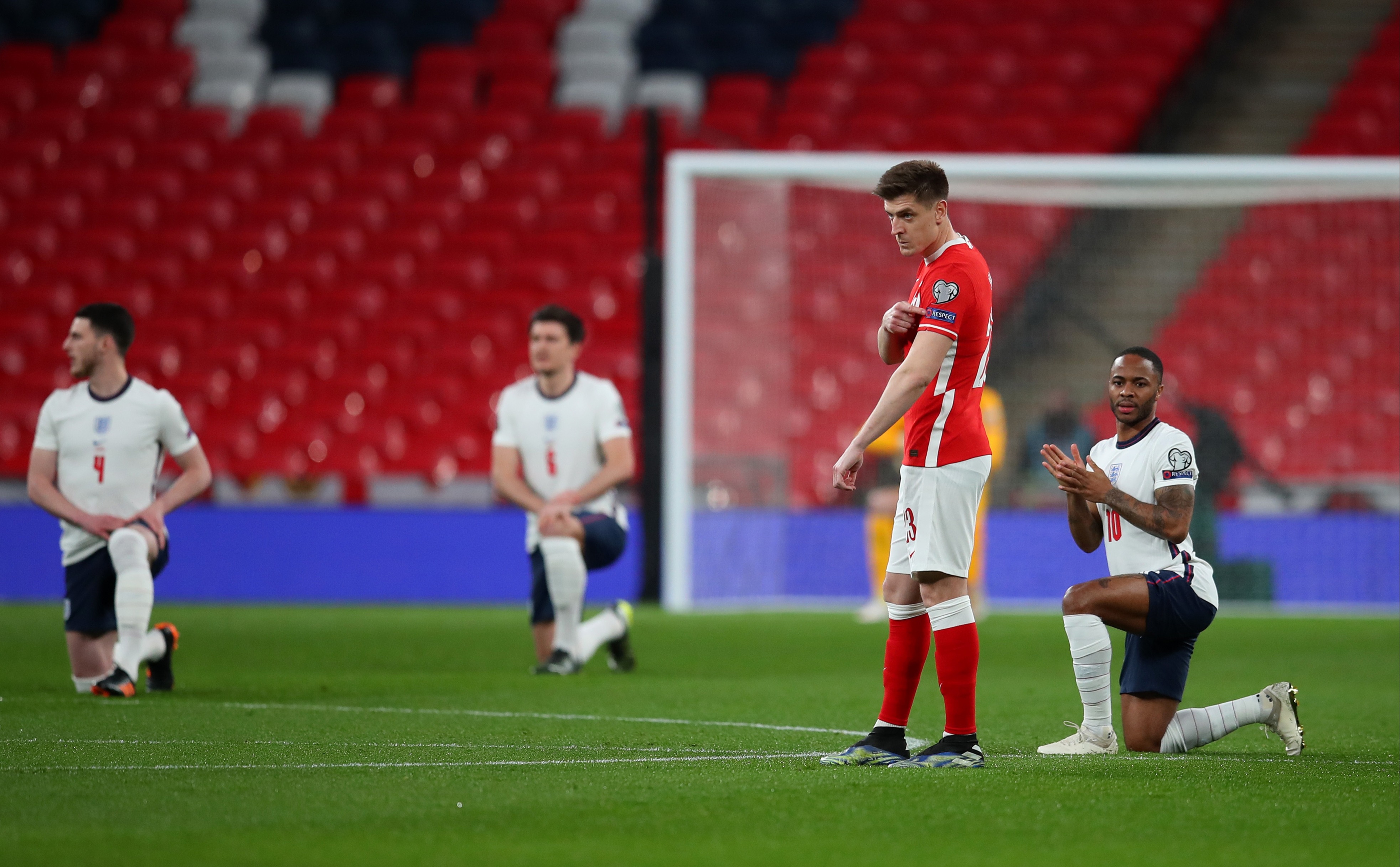 It started in support of the Black Lives Matter movement but, particularly among the English game, to champion the No Room For Racism campaign.

And while Paulo Sousa's side opted out, the England team did take the knee ahead of the World Cup qualifier at Wembley.

Poland – who lined up without injured Robert Lewandowski – instead stood and pointed to the Uefa 'Respect' badge on their sleeves, just as the Czech Republic did in Cardiff on Tuesday.

As reported by Sport in Poland, the Polish FA president Zbigniew Boniek said on Monday: "I do not know if we will kneel with the English.

"So far, this topic has not appeared at the training camp.

"There were so many more important, more dangerous, that this is the last topic that interests us."

Former Poland international goalkeeper Jan Tomaszewski – who was his nation's hero between the sticks when England failed to qualify for the 1974 World Cup – believes the taking of the knee is an idle political gesture and was not necessary for his country.

He told Polish Radio 24: "I do not want to say how our representatives should behave.

"I can say with full responsibility that I would not kneel. I have an eagle on my chest and this does not concern me.

"In our history, we had no reasons why we should do it now."

A statement from the Polish FA read: "The Polish Football Association informs that the players of the Polish national team before the match with England at Wembley took a neutral and apolitical position towards the "Black Lives Matter" initiative.

"At the same time, we emphasize that all Polish representatives are jointly and severally opposed to any manifestations of racism and intolerance.

"In its statutory activities and duties, the PZPN has always been guided by openness, observance of the principles of equality, tolerance and equal rights towards all people, regardless of their place of residence, color of skin, religion and political views.

"To express their objection, the Polish representatives, before the first whistle of the match with England, pointed to the "UEFA Respect" inscription on the left sleeve of the jersey, which refers to the campaign conducted by the European federation against racism, xenophobia and intolerance." 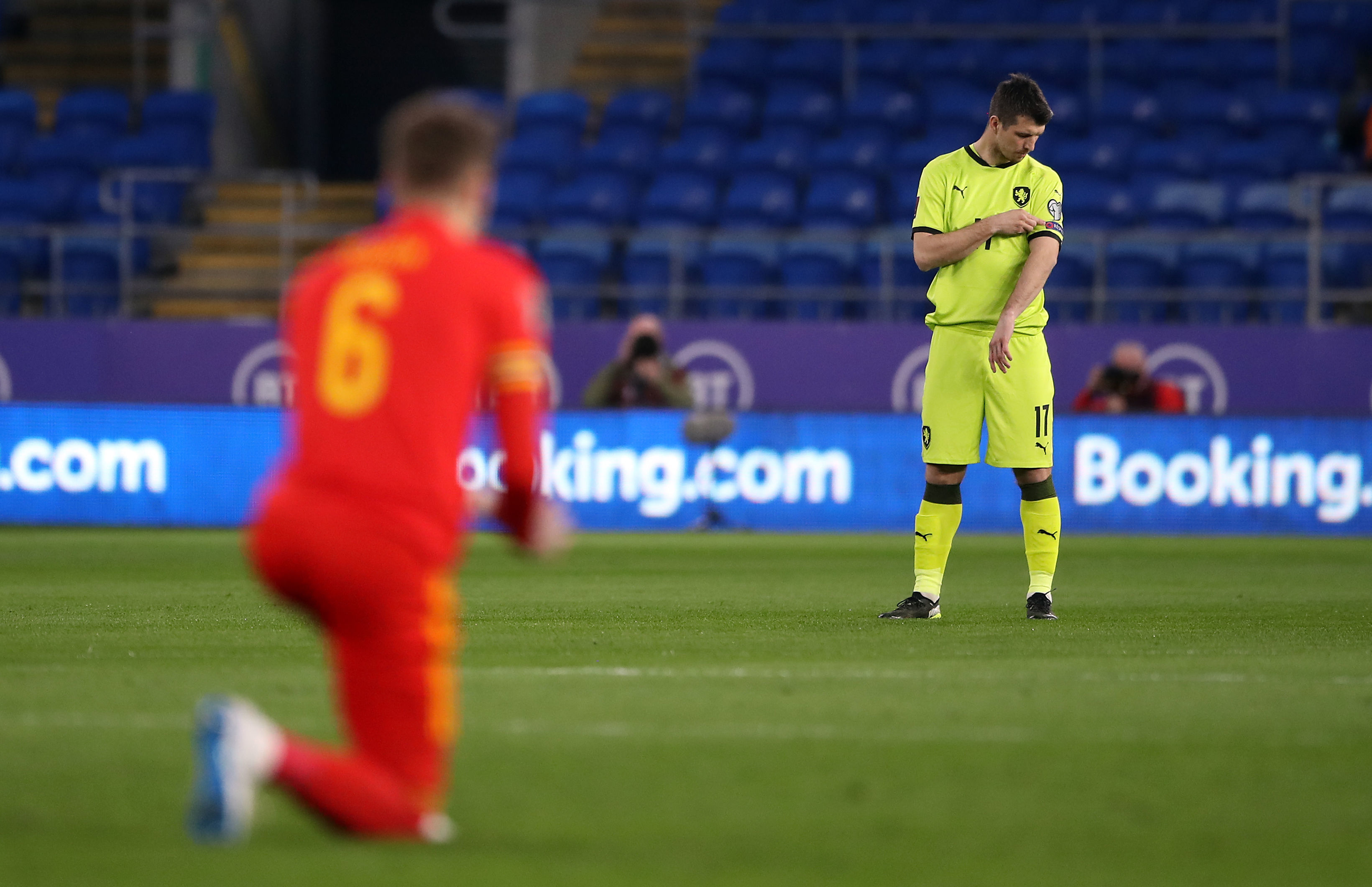 This follows a similar statement from the Czech FA a day earlier, which read: "Following the events of the last days, weeks, and months, the management of the Czech national football team together with the Football Association of the Czech Republic want to jointly announce that the national team will take a neutral apolitical stance to certain topics that have been resonating in the sports environment.

"This namely concerns the Black Lives Matter initiative, in which some players kneel before football matches.

"To express their support for the fight against racism and other displays of discrimination, xenophobia and antisemitism, the Czech national team will point to the Uefa Respect inscription on the left sleeve of their jerseys, referring to the Uefa campaign of the same name, before the match in Wales.

"The aim of the Uefa Respect program is to work towards unity and respect across gender, race, religion and ability of each individual.

"We believe that everyone should be able to play football, regardless of age, gender, race, or any disability.

"At the same time, we do not tolerate any displays of racism, xenophobia, antisemitism, and other intolerance."

England ran out 2-1 winners at Wembley through a late strike from Harry Maguire. 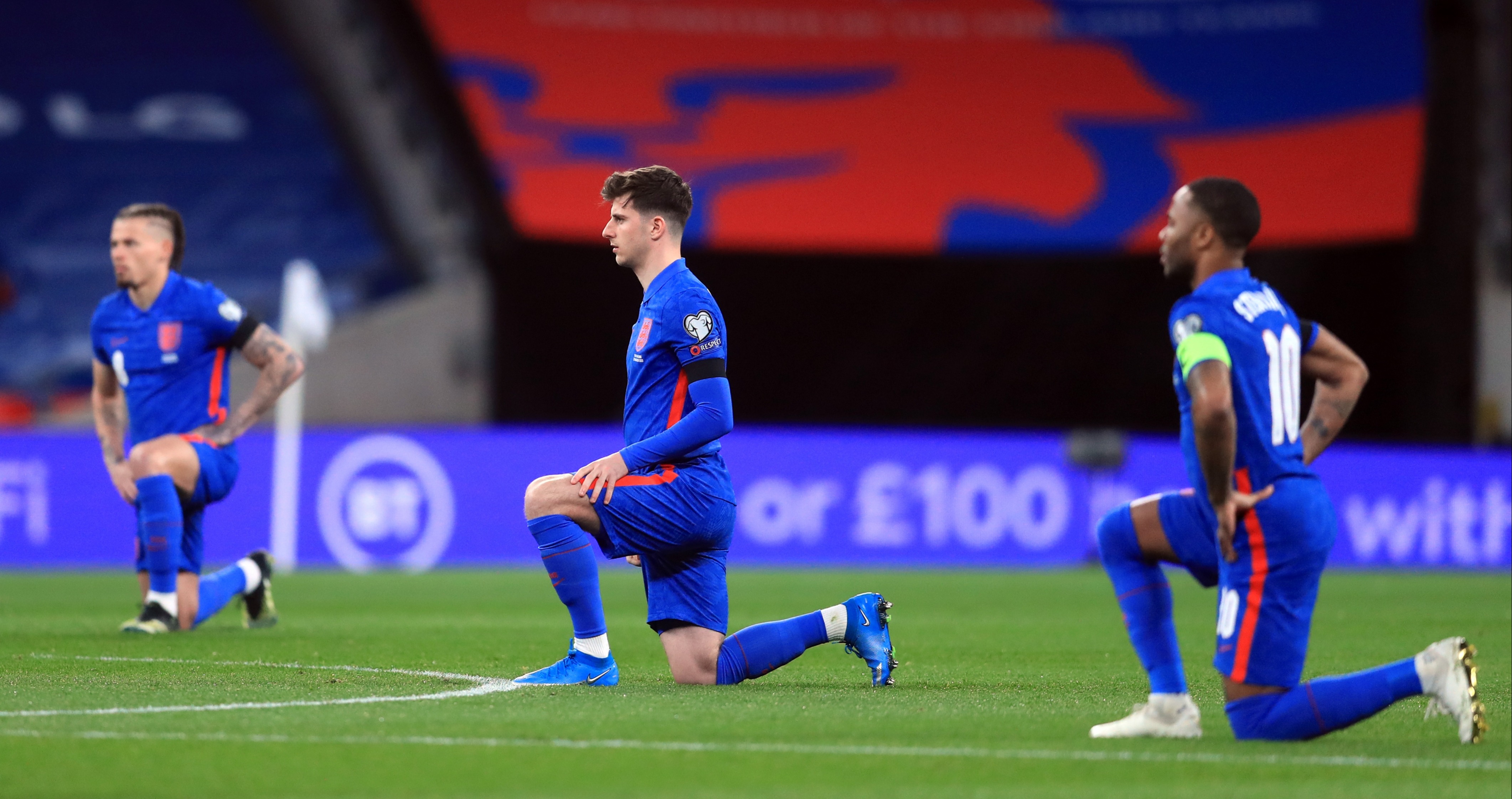