THE fixtures are coming thick and fast as we approach a packed midweek Premier League schedule.

Every top-flight club has now returned to action following the coronavirus suspension – and we've betting tips for you from four huge matches across the greatest league in the world. 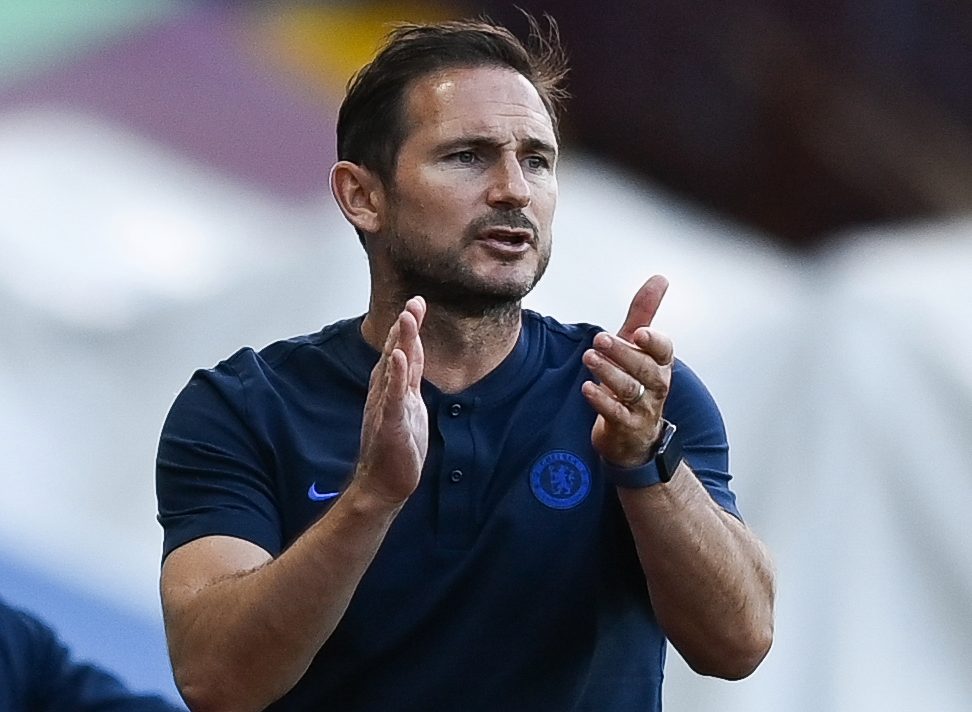 First up we head to Old Trafford, where Ole's men are starting to dream once again…

Could the tide be turning at Old Trafford?

Ahead of a potential rebuild in the summer, United were unlucky to come away from Spurs with only a point after a late surge in North London.

Paul Pogba linked up with Bruno Fernandes well off the bench and there's plenty of reasons to be cheerful despite Chelsea fighting back against Villa to cement themselves in fourth spot.

Chris Wilder's Blades have prided themselves on a watertight defence this campaign and remain in European contention, despite an ugly afternoon on Tyneside.

They collapsed against Newcastle after going down to ten men – and even Joelinton scored. It was that bad.

The new-look schedule is brutal and this is the Blades third game in seven days, with their next an FA Cup quarter final against Arsenal on Sunday.

As such, expect rotation for the visitors as they look for their first win since returning from lockdown. 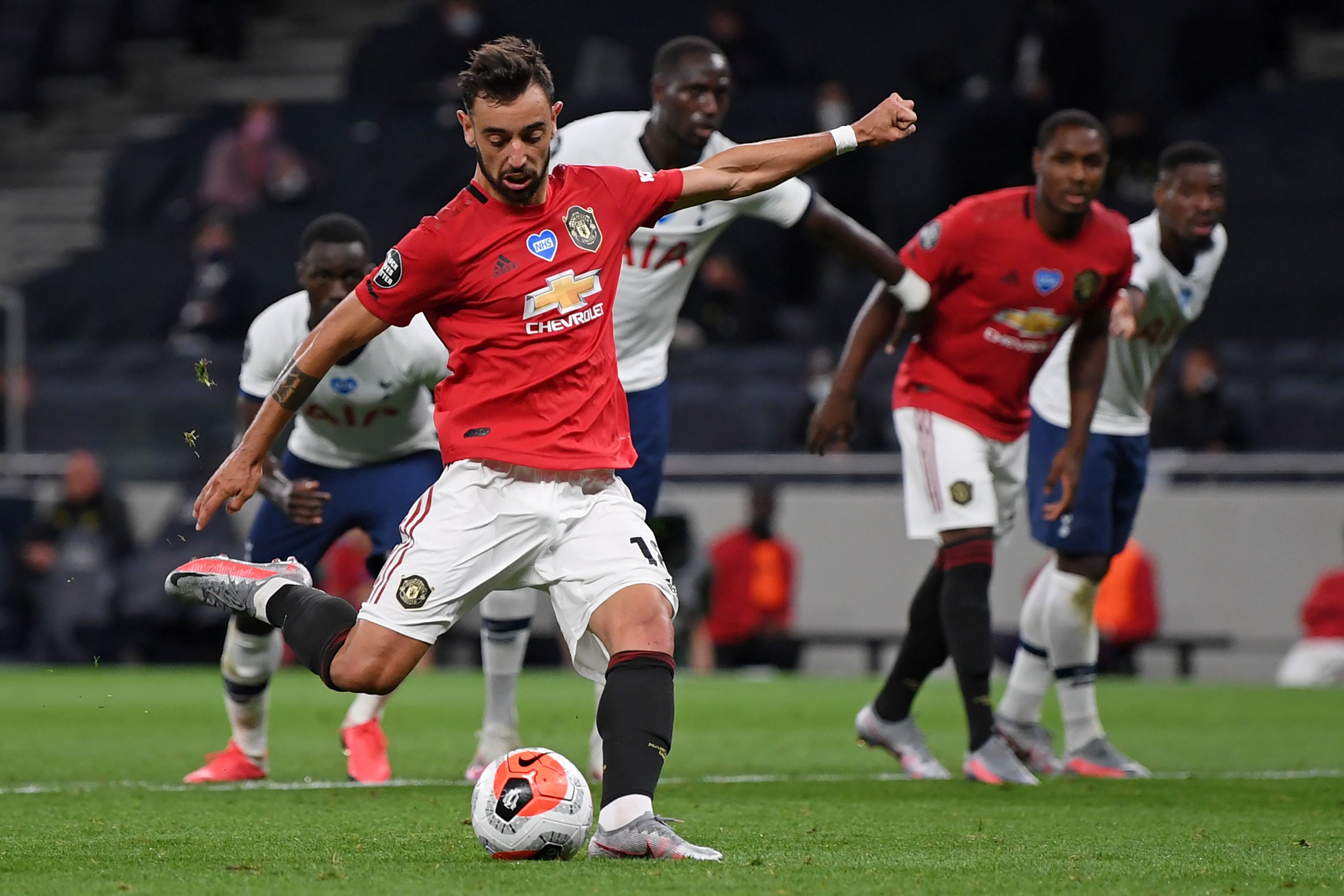 Earlier in the season these sides played out a terrific 3-3 draw at Bramall Lane, where a brilliant Red Devils fightback was thwarted by Oli McBurnie's 90th minute equaliser.

But we can't see similar here – and reckon you should make a play on it being a tight affair.

The forecast is for 28 Celsius heat in Manchester and this will be a first taste of summer football for two squads already lacking in fitness.

United have won all six of the last H2H's here at Old Trafford and we're backing them to do so again.

As much as the Blades have enjoyed a terrific campaign, losing John Egan at the back will be a big loss after his red card against Toon.

Along with United to win, we'd take a good punt at this being either 1-0 or 2-0 to the home side – so take United to win, under 2.5 goals as a strong double.

Marcus Rashford looked sharp against Tottenham and had two terrific chances to land our first goalscorer tip, but this week we're looking at golden boy Fernandes.

He oozes class and never looked like missing that penalty in North London – as he's on set pieces again, 21/10 on him bagging anytime is absolutely huge.

30 years is a long time to wait – so what's an extra couple of weeks?

Liverpool remain very much on course for a first top-flight title since 1990 despite a lacklustre Merseyside derby against Everton.

Well, we did warn you – these matches are rarely one for the neutrals and so it proved, with the Reds having Alisson to thank for a world class save at the death.

Anfield has been a fortress this season and no team since Crystal Palace in April 2017 have beaten Liverpool in a Premier League match here.
Can lightning strike twice? We don't think so.

Palace arrive on the back of four victories which have thrust them up into the top half and suddenly there is giddy talk about the Europa League.

That might be a little bit of stretch, but Roy Hodgson continues to do a magnificent job. 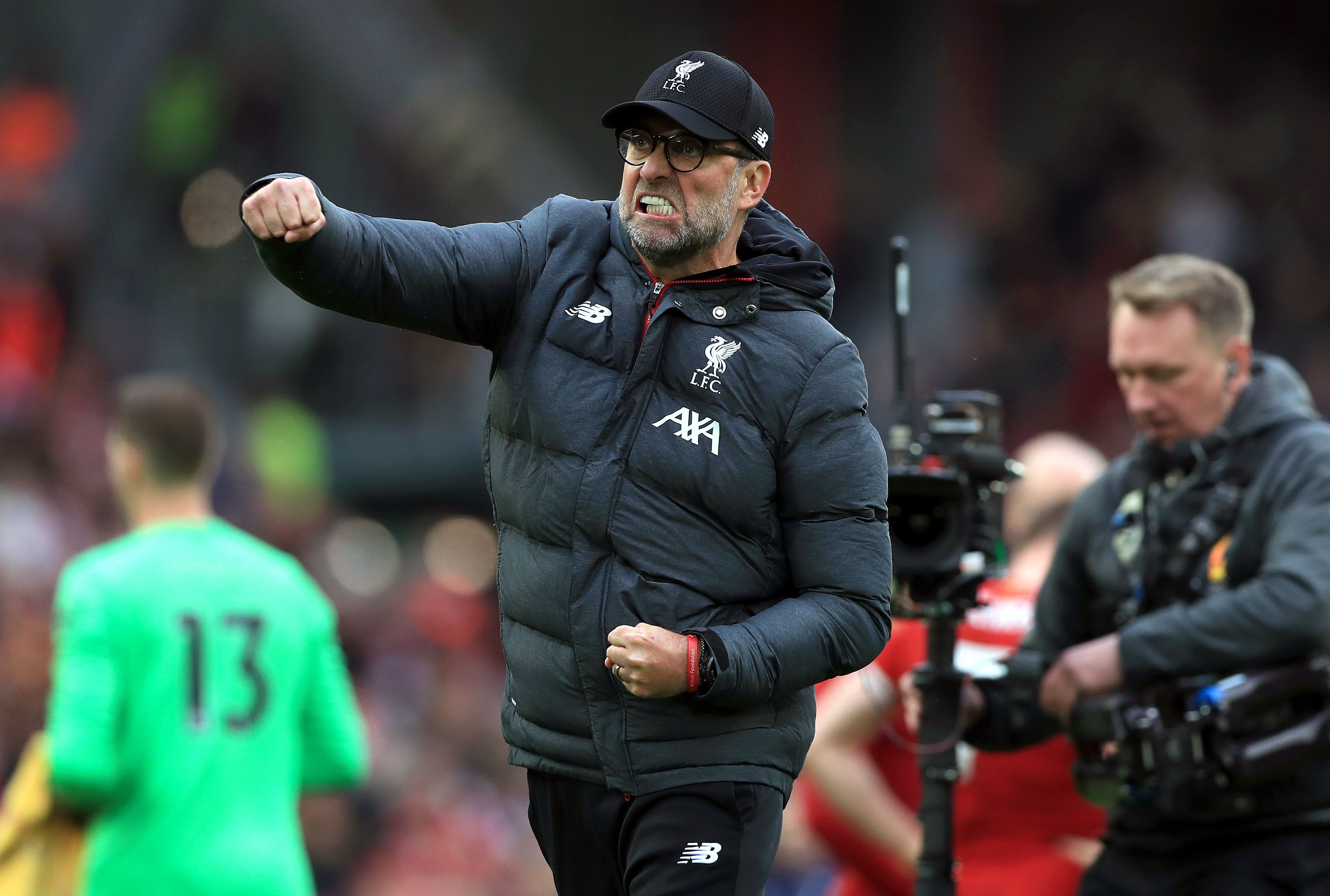 He's back at his old stomping ground for this one and hoping to mastermind another three points, but we see Liverpool letting rip after that Everton wobble.

Back on familiar ground, we reckon this is the game they truly turn up and perform as champions.

It's never dull here between these sides and Palace almost stunned the Kop again last season in a 4-3 thriller.

We reckon goals are on the menu again, despite the visitors keeping back-to-back away clean sheets.

Liverpool games have featured an average of 3.5 goals per game this season at home, while Palace conceded three to Everton on their last Merseyside visit in February.

But the real value is in a goal to be scored in both halves, which is 3/5. Get on that.

Sadio Mane has 14 goals so far in the Premier League this season and for the champions elect really should be odds-on to net when Liverpool host anyone here.

Evens to score at anytime? No brainer. 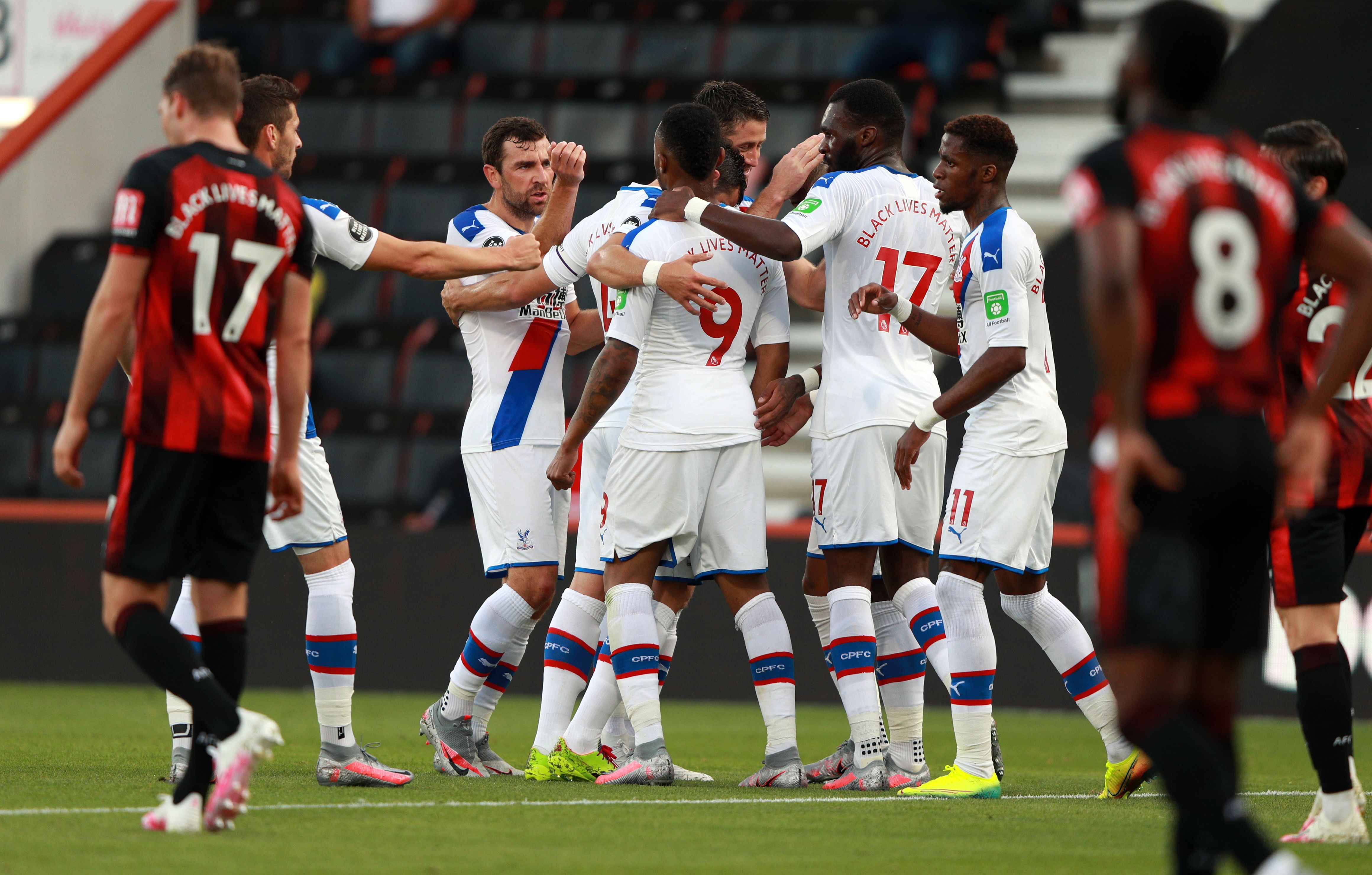 We're only two games back into the restart but already Arsenal are in disarray.

Would you except anything else, Gunners fans?

Getting a bit of a beating at Man City is forgiven, especially when going down to ten men and losing two starters to injury.

But the reaction to Bernd Leno being carried off on Sunday bordered on the unprofessional, with the culmination a humiliating last minute defeat and mass brawl.

No such worries for the Saints, who look safe from the drop and were mightily impressive when swatting aside Norwich.

Danny Ings didn't look like he'd been away from the pitch for three months and was lethal, slamming in his nineteenth of the season.

Saints have a decent record against Arsenal on this ground and were victories last time the sides met here in December 2018. 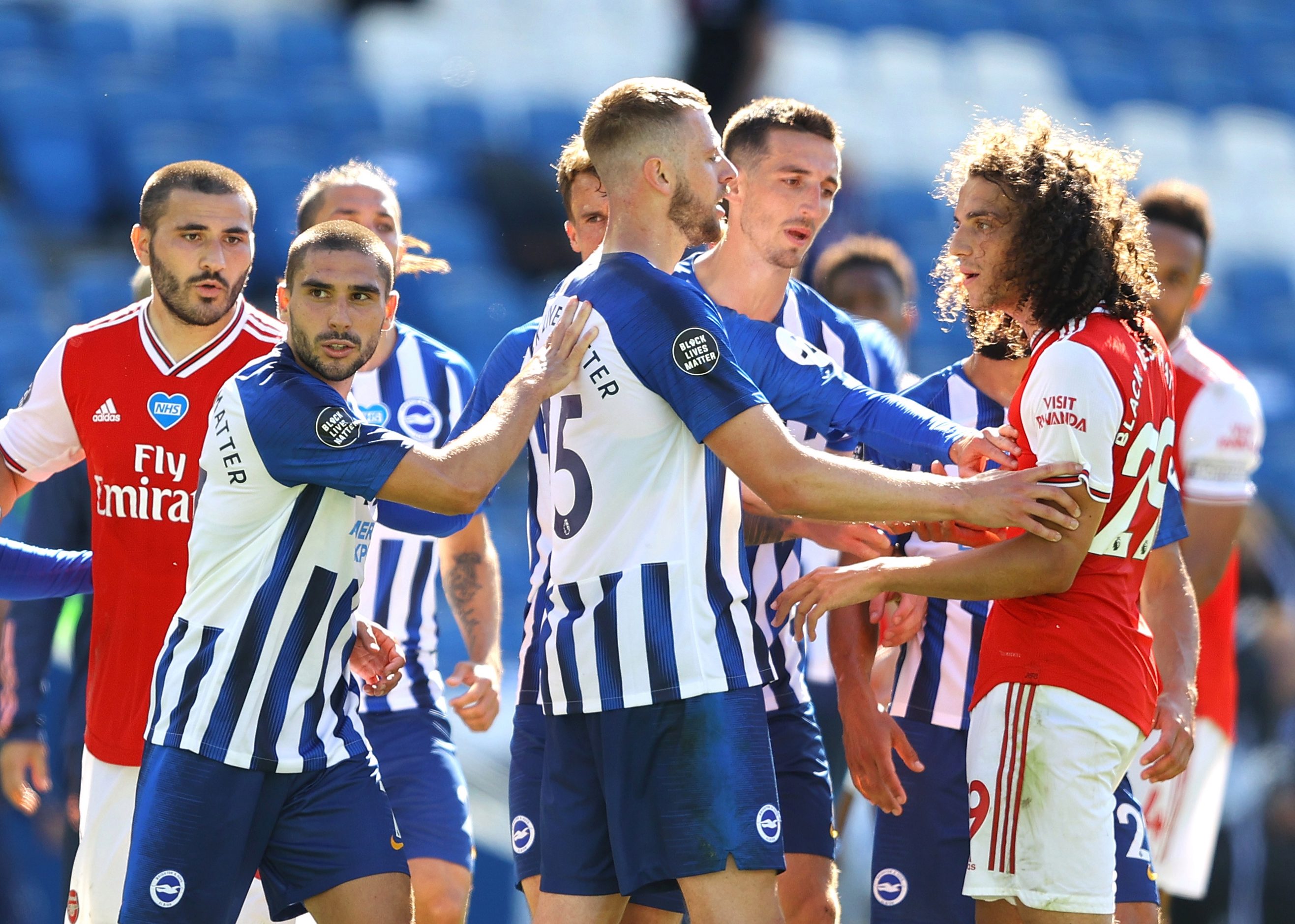 We told you to back Brighton double chance at the weekend – covering the draw and the home win – and we're going that way again at 1/2.

For all their talent, Arsenal really are a basketcase and Mikel Arteta can't fully get this squad working without a transfer window.

Southampton can go level on points with Arsenal if they win this game – and have won two more Premier League matches this term than the Gunners.

If you're not convinced on playing the result market in the uncertain post-lockdown climate, then instead go safe with goals.

Arsenal have conceded five in two matches and with Leno possibly out for a year, backing Saints to net two or more is the sensible way to play at a

Ings might have fired his way to the Euros if things had played out different, but 2020 being 2020 meant he'll have to wait until next year for his chance.

Never mind though, he can bag you a big profit here if you back him to score anytime at 21/20. Overpriced. 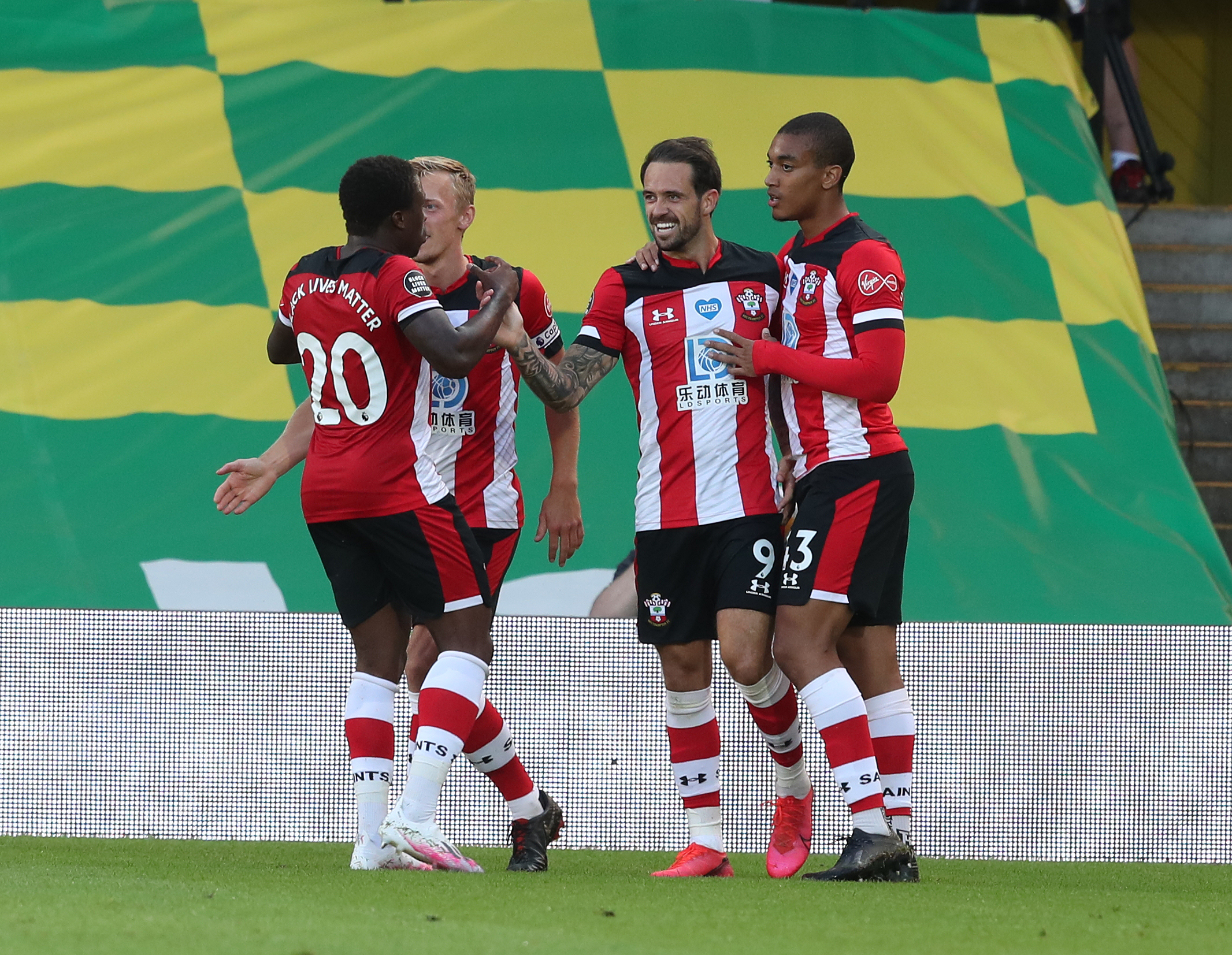 There looks to be no stopping City after three months R&R.

Sadly for them, the title is long gone – but Pep Guardiola is not one to worry about things like that.

He'll want to finish this season as strong as they can, with the defending champions giving Burnley a complete thumping infront of the Monday Night Football cameras.

As for the Blues, it was business as usual on Sunday as they did things the hard way.

Behind to Villa at the break, it was down to Christian Pulisic and the often overlooked Olivier Giroud to turn the tables.

That put the Blues in pole position to reach the Champions League after Man Utd and Spurs could only draw on Friday night – and a win here would do wonders for that ambition.

Victory over City is always easier said than done though and Guardiola's men have won here on two of their last four visits to the Bridge.

With still plenty to play for, we're not tempting on the 3/1 on Chelsea picking up three points – although we were tempted. 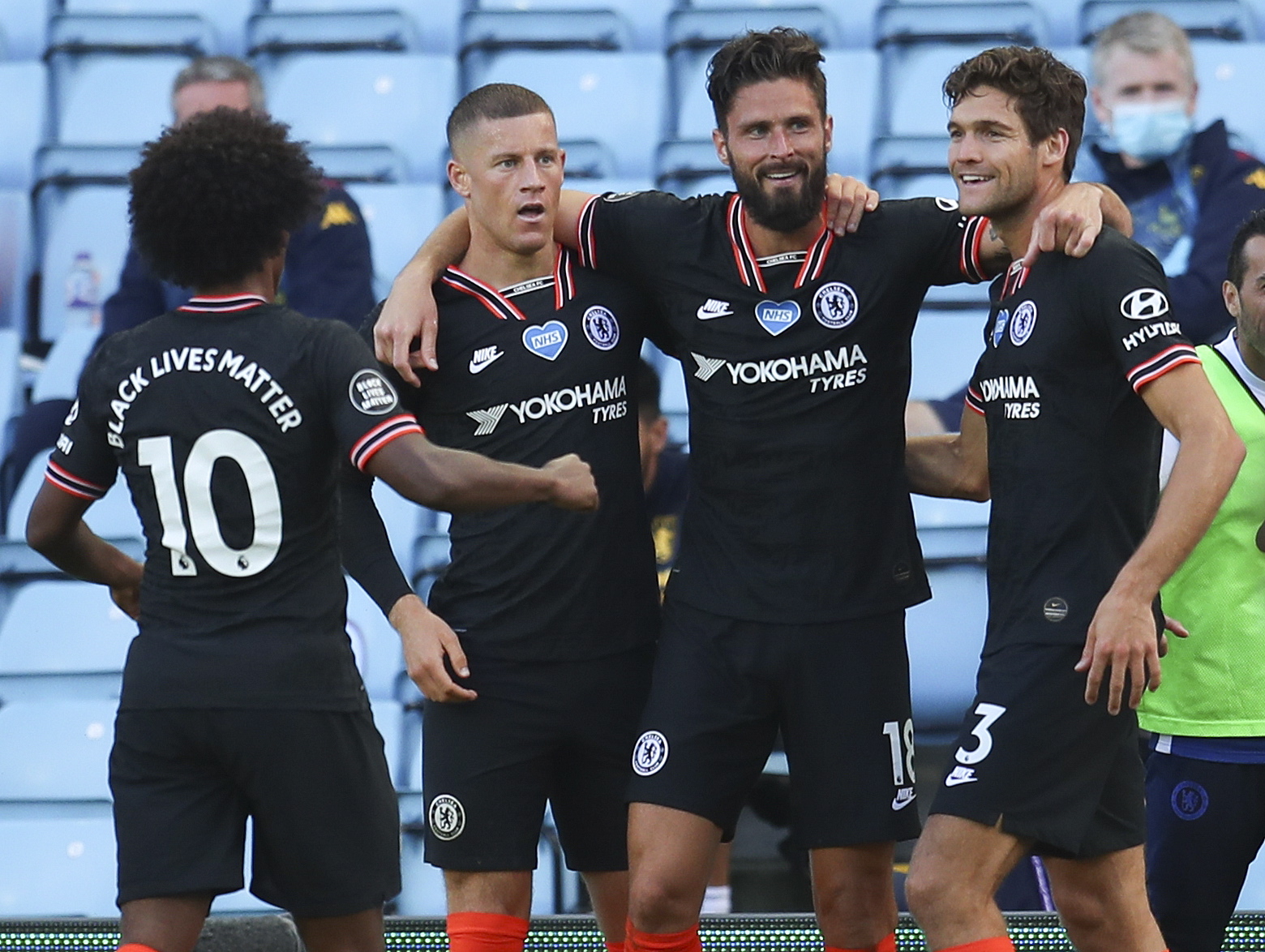 Frank Lampard's side are just too temperamental to trust with your hard-earned, so play this one on the goal markets.

City matches this season are averaging nearly FOUR goals per game, while Chelsea's is healthy enough at just over three every match.

So why is over 2.5 goals priced at 3/5 here? That might only be £16 back for your tenner, but added to your midweek accas that's bet of the week material.

City have conceded 31 goals this season and clean sheets are no longer guaranteed with the defending champions.

Combine both teams to score with that over 2.5 goals bet and you get 10/11. We reckon this is easily double your money territory.

Rotation is the aim of the game at the moment with the fixture list so congested and City only played on Monday, with Phil Foden grabbing a brace.

He's a tempting price to net again at 16/5, but there's no guarantee he starts.

Instead, Raheem Sterling was kept in reserve as Riyad Mahrez tortured the Clarets to the tune of two more goals.

The England man was on target against Arsenal to end a lengthy goal drought which stretched back to December – at 8/5 to net anytime, he's the value pick.