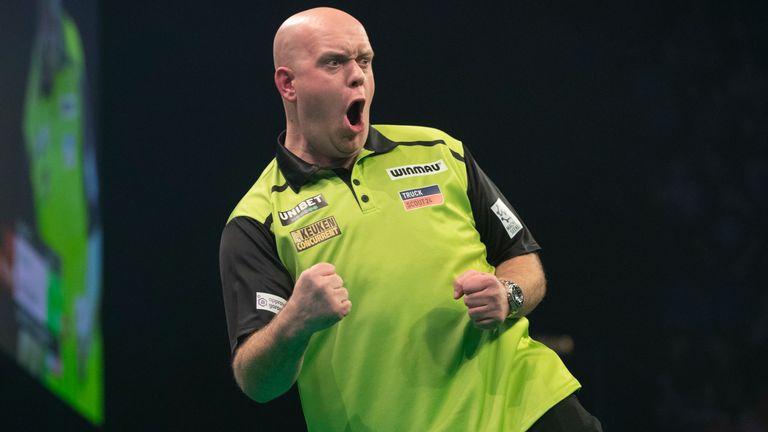 Michael van Gerwen dished out a 7-1 hammering of Daryl Gurney while in a tartan tear-up, World Cup team-mates Gary Anderson and Peter Wright shared the spoils on a thrilling night of Premier League Darts in Nottingham.

On a night that saw Fallon Sherrock return to the TV stage with a brilliant draw against Glen Durrant, Van Gerwen served up a display that underlined why he remains the sport’s major draw.

The five-time Premier League winner is also chasing a fifth crown in succession and he followed up last week’s win over Peter Wright with a dominant 7-1 victory over Superchin, a man who had beaten him twice in the league phase last year.

Gerwyn Price was jumping for joy after he produced a thrilling fightback to grab a share of the spoils against Michael Smith, but the St Helens thrower will be wondering how he threw it away after missing two match darts.

Despite not being at his best for the second week running, Rob Cross remains unbeaten after he edged out Nathan Aspinall with a 94.7 average, three 180s and two ton-plus checkouts. 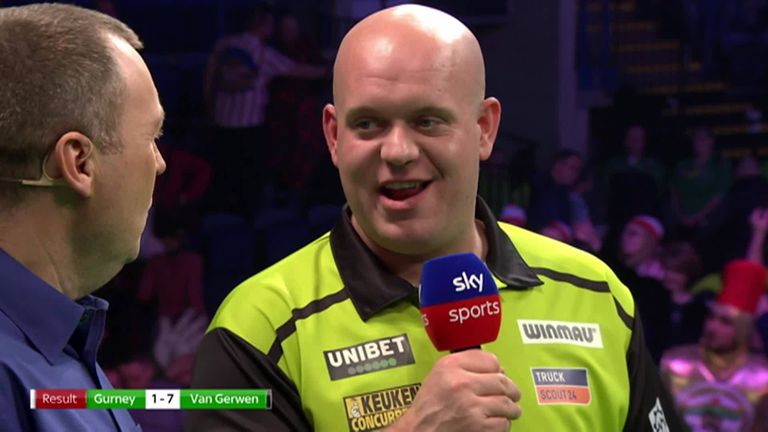 MvG is in unfamiliar territory having not won a title so far in 2020, but his Premier League pedigree is not in question and he underlined that fact by cruising past Gurney who was barely given a sniff.

The Dutchman lost the World Championship final on New Year’s Day and was beaten at the Masters a fortnight ago, while the Pro Tour season started last weekend without a title for Van Gerwen, but wins over Wright and Gurney have got him off to the perfect start in the 16-night slog to reach The O2.

Victory was never in doubt from the minute Van Gerwen broke Gurney in the opening leg of the match in 13 darts, and followed up by punishing Superchin’s missed chances with a brilliant 104 finish. 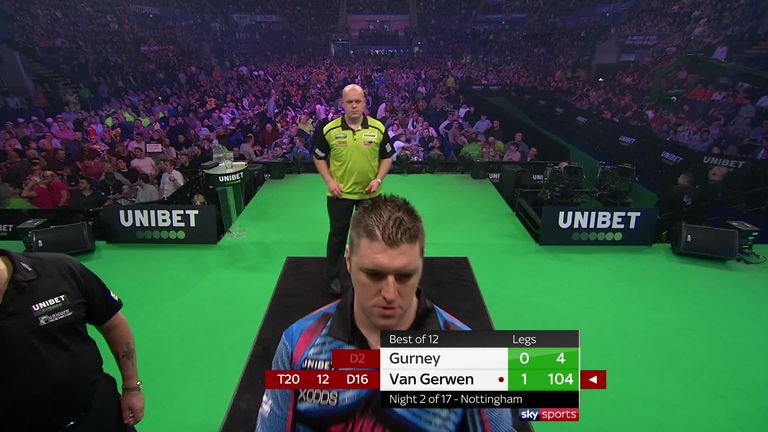 Onwards MvG ploughed, a 14-dart break followed up by some clinical finishing that took him four legs clear and left his opponent staring at an unwanted whitewash.

When Gurney failed to take out 141, Van Gerwen pinned double 16 for a third break in succession for a 5-0 lead and then secured a point with a clinical 72 to leave the man from Derry staring down the barrel.

To his credit, Superchin hung on, stopping the rot to take out double six, but it merely delayed the inevitable as Van Gerwen claimed the next leg for a dominant victory.

Remarkably after two weeks, Van Gerwen is the only member of the nine-player field with two wins from two games, meaning the rest are already playing catch-up on a man who has topped the league phase in all eight seasons he has played. 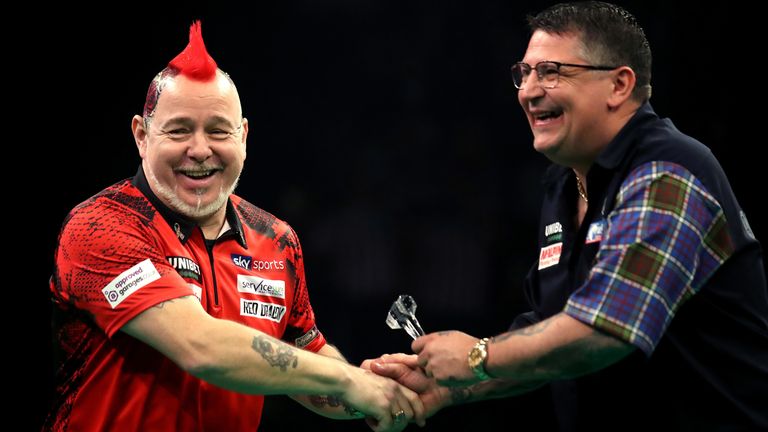 Reigning world champion Wright looked to have twinged his already sprained ankle during his usual dance routine on stage and it appeared to hinder his movement whilst throwing at the board.

Despite that, Wright stayed with Anderson during the early stages of the clash which was raining 180s galore. He landed an 11-darter before making it three legs on the bounce to move 4-2 up. 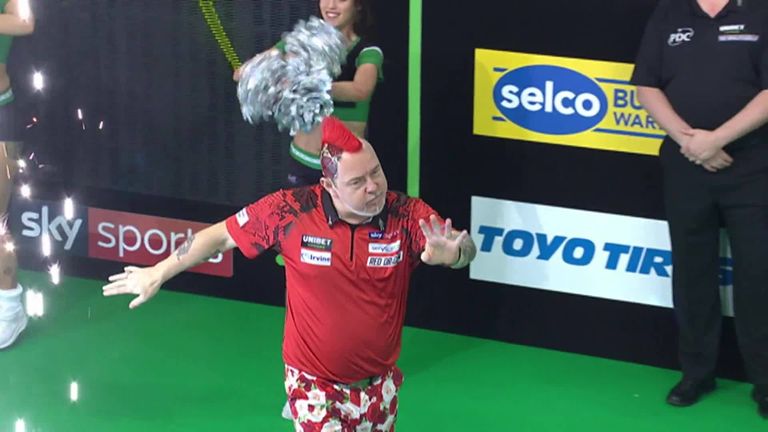 Anderson stopped the rot in the seventh leg before taking out 70 to make it all square as they entered the business end of the contest. And the two-time former Premier League champion moved 5-4 up after sinking 64 in three darts.

‘Snakebite’ rescued the 10th leg after nailing tops, but it was Anderson who was applying the squeeze by pinning D20 for a guaranteed point. In a quality final leg, Wright took out a 101 in 12 darts for a point apiece. 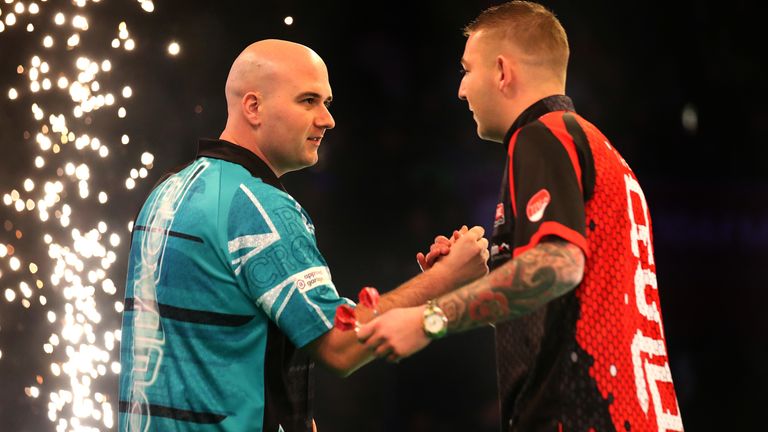 Aspinall was here as a contender last year but ended up getting thrashed 7-2 by Michael Smith. He came out determined to make amends, but both players opened poorly before the Stockport thrower broke with a neat 13-dart leg.

The former world champion responded in the best possible way thanks to D18 and he soon moved 3-2 up by landing his old friend 36 for the second leg running. 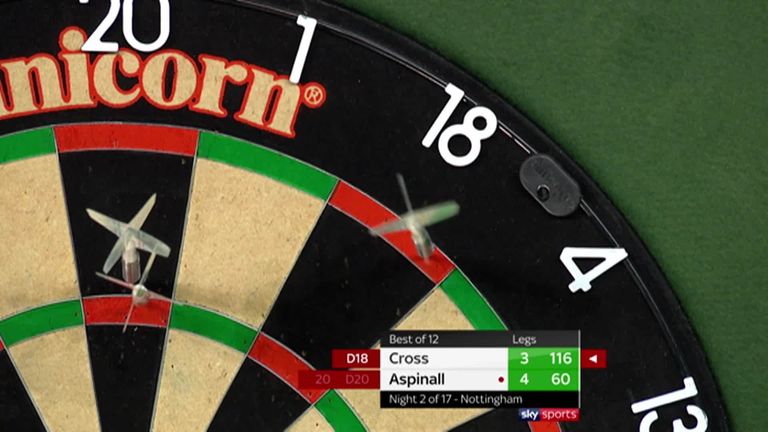 A 12-darter 84 checkout from ‘The Asp’ made it a level playing field as the contest began to bubble up nicely. A 159 put him in control of the next leg where he pinned D6 for a break of throw. Aspinall was averaging a smidgen over a ton but Cross turned it on with a magnificent 116 finish to wrestle the throw back in a tit-for-tat encounter. 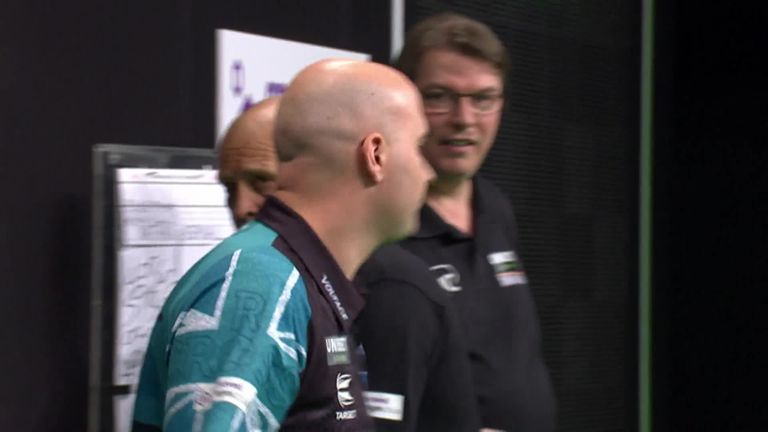 At 6-5 to Cross, the Hastings man found a way to beat Aspinall with a cool 112 finish to remain unbeaten. 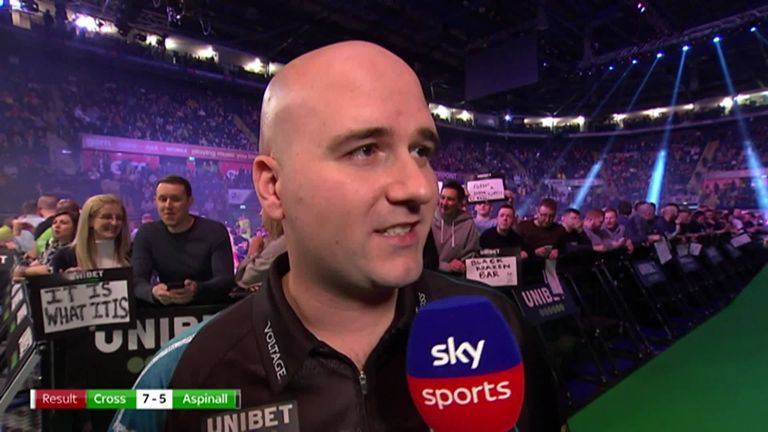 Smith began by hitting maximums for fun and he struck seven perfect darts in the third leg before narrowly missing T19 with his eighth arrow. He still cleaned up D4 for a break of throw before striking a superb 140 to move 3-1 ahead and take control of the match. 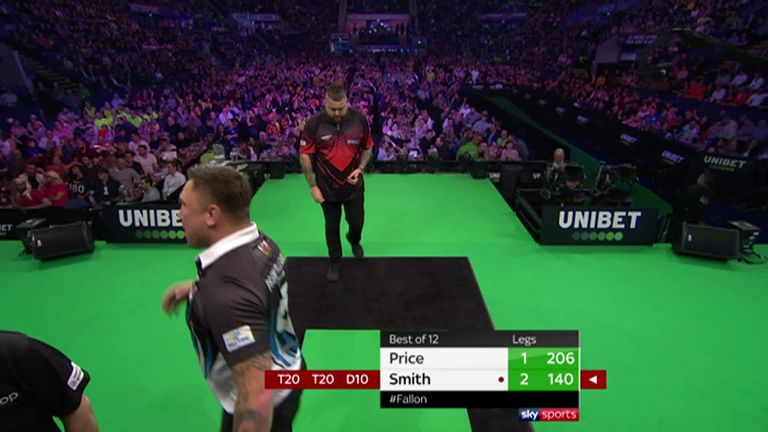 A 10-dart leg put ‘Bully Boy’ 4-2 up and he was averaging close to world-record standards.

He appeared on course to wrap up all three points when he moved to within a leg of victory, but Welshman Price responded by reeling off four legs on the spin to grab an unlikely draw with Smith left scratching his head as to how he didn’t win.