PRINCE William has blasted the European Super League for the damage it would cause to the entire football community.

The Duke of Cambridge, who is also President of the Football Association, said that he shared the same concerns of fans about the new league. 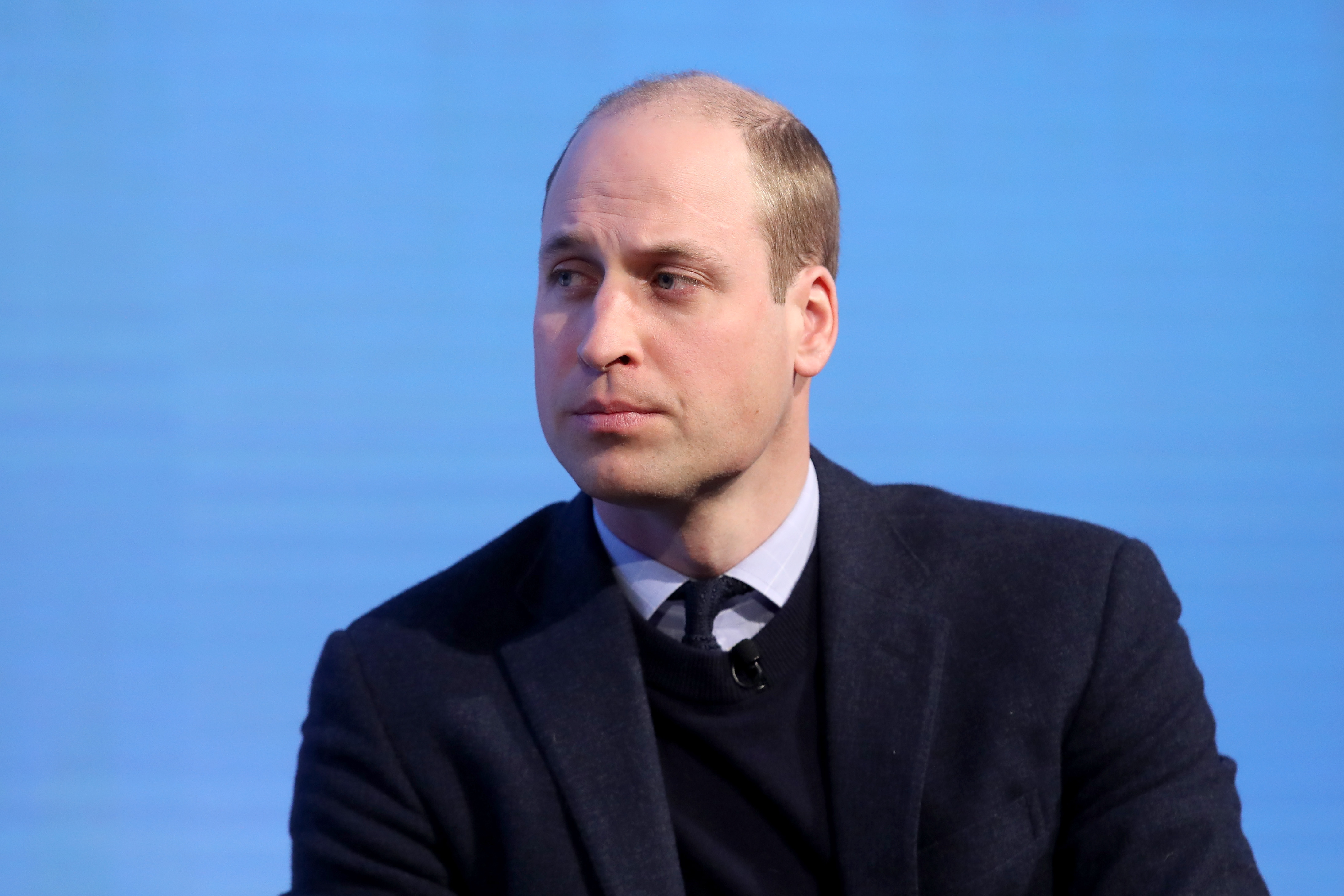 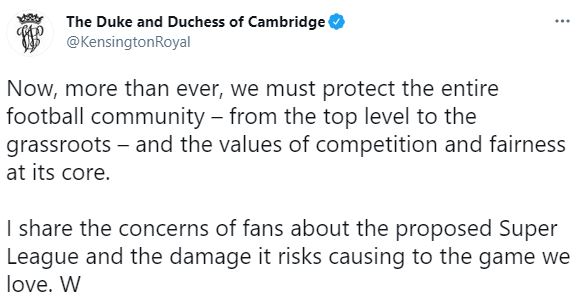 "Now, more than ever, we must protect the entire football community – from the top level to the grassroots – and the values of competition and fairness at its core," the Duke of Cambridge wrote to Twitter today.

"I share the concerns of fans about the proposed Super League and the damage it risks causing to the game we love."

And tonight Mr Dowden said in a stern statement in the House of Commons this evening that everything would be on the table – including looking at slapping them with taxes, removing work permits, and more.

He slammed elitist clubs for deciding to "put money before fans" and said he was "appalled" to hear of last night's "tone deaf" news for a super league which would exclude most, and disregard competition to get there.

The owners won't be able to ignore the "near-universal roar of outrage" from fans across the nation, he stressed.

He added: "This move indeed goes against the very spirit of the game.

"A small handful of owners want to create a closed shop of elite clubs at the top, based on wealth, and brand recognition, rather than upon merit."

He vowed not to "stand by" and watch football be transformed and leave fans shut out forever.

When asked about border rules which could ban players from entering the country, he said: "We will be considering those powers if it's necessary."

The Government is now considering a "wide range of sanctions and measures to stop this move in its tracks".

"We are examining every option, from governance reform, to competition law, to the mechanisms that allow football to take place… we will be reviewing everything the Government does to support these clubs to play." 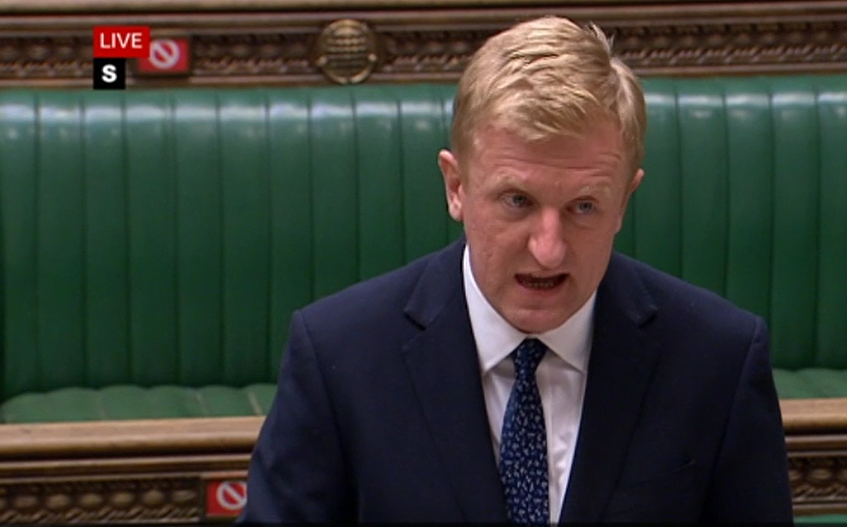 He warned today:"We will put everything on the table to prevent this from happening.

"We will do whatever it takes to protect our national game.

"I discussed our options with the Prime Minister this morning, and we are working at pace across government and with the football authorities."

He slammed clubs for whacking up ticket prices and "abuse" the loyality of their plans.

And he added: "Many clubs, including some of those clubs who are seeking to break away, have benefitted enormously from government and taxpayer support. They should think carefully about the duty they owe to taxpayers in return, and whether they are discharging it with these proposals"

Teams could even be banned from entering the UK under some government proposals to halt the European Super League.

Whitehall insiders say they would have the powers to veto visas for teams arriving to fulful fixtures.

It would mean the teams that do join the league could only fulfil fixtures by playing 'home' games abroad.

Brits home fans would be barred from seeing blockbuster fixtures at the Anfield, Old Trafford or Stamford Bridge with the games instead played in souless stadiums of the Middle East, China or Singapore.

Whitehall figures also suggest clubs may be forced to adopt a "golden share scheme" to hand fans the power to veto a sides "legacy decisions."

The scheme was introduced when defence company BAE systems was privatised – blocking more than 15 per cent of the comapny being foreign owned. 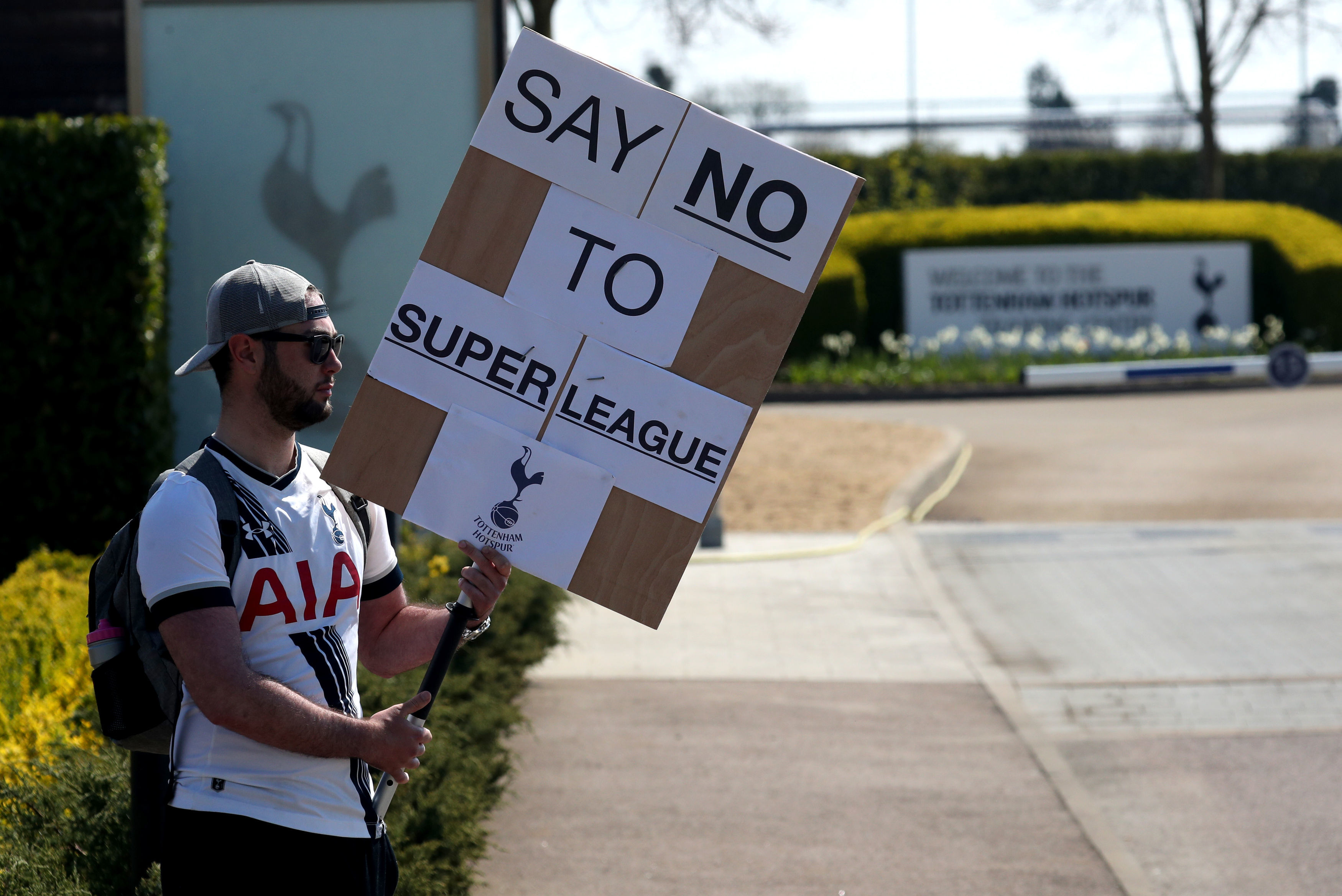 How the European Super League would work

THE European Super League will be made up of fifteen 'founder members' – starting with Arsenal, Chelsea, Liverpool, United, City and Spurs from England, with Atletico and Real Madrid, Barcelona, Juventus, AC Milan and Inter Milan.

Bayern Munich, Borussia Dortmund and PSG are likely to complete the list founders, who cannot be relegated.

Five extra teams will be invited to compete each year with a provisional kick-off from the start of the 2022-23 season.

Teams will be split into two groups of ten and play nine opponents home and away in a midweek league, with the top four from each group qualifying for end of season play-offs.

United and Liverpool will bag up to £310m up front. The other four Prem teams would each get £200m.

Total £4.6billion pot, initially backed by JP Morgan will mean a minimum £130m each year even if one of the 'founders' loses EVERY game.

Overall winners could earn up to £212m extra if they win every game.

"They forget fans at their peril."

And he also announced the beginning of a fan-led review of football, chaired by former sports minister Tracy Crouch, with a root and branch examination of the sport across the country.

It will also look at whether to give fans a greater say in the game, and whether to set up an independent regulator too which would keep an eye on rogue footie club owners. 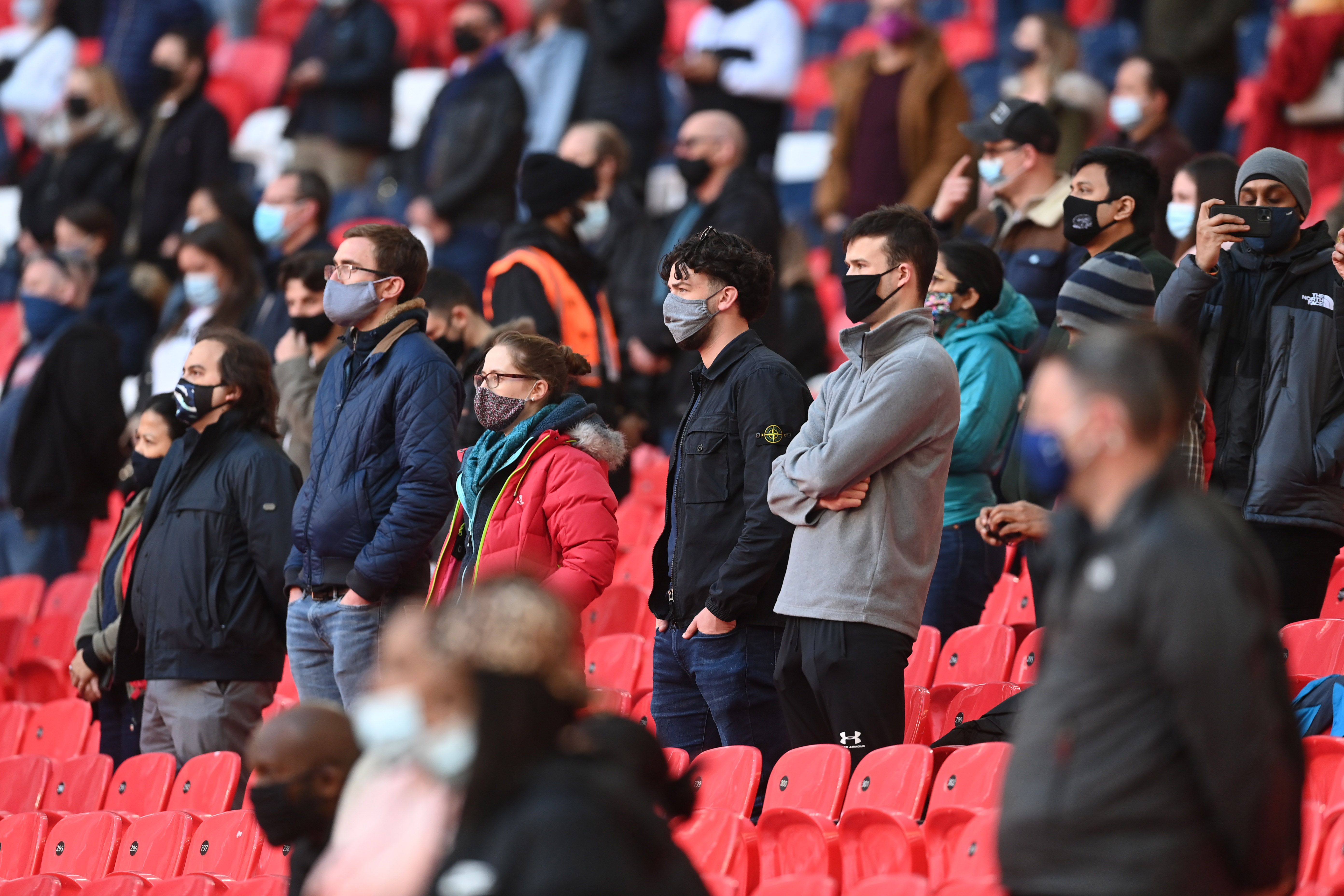 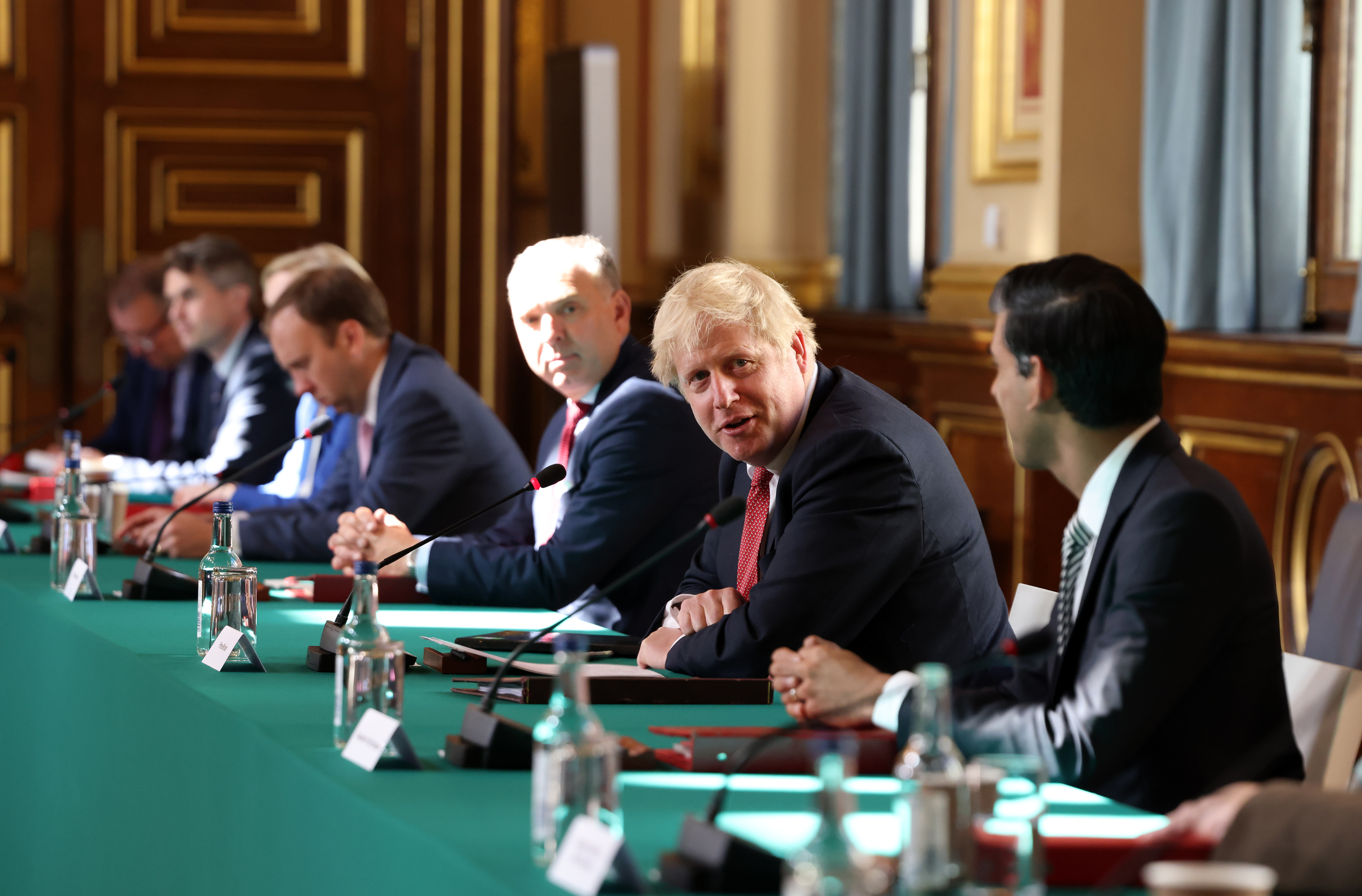 The PM today vowed to block the European Super League, insisting it would not be "good news for fans".

The PM said he'll work with the football authorities "to make sure this doesn't go ahead in the way that it's currently being proposed".

And he even refused to rule out drastic measures, such as making those teams that break away repay state-backed Covid loans.

The PM said: "We are going to look at everything that we can do with the football authorities to make sure that this doesn't go ahead in the way that it's currently being proposed.

"So it is very, very important that that continues to be the case. I don't like the look of these proposals, and we'll be consulted about what we can do."