THOMAS TUCHEL has revealed that both Neymar and Kylian Mbappe could leave Paris Saint-Germain in the summer following reports the pair have fallen out.

Real Madrid are claimed to be ready to pounce on signing either player with the Les Parisiens boss fuelling speculation they could be heading out the door. 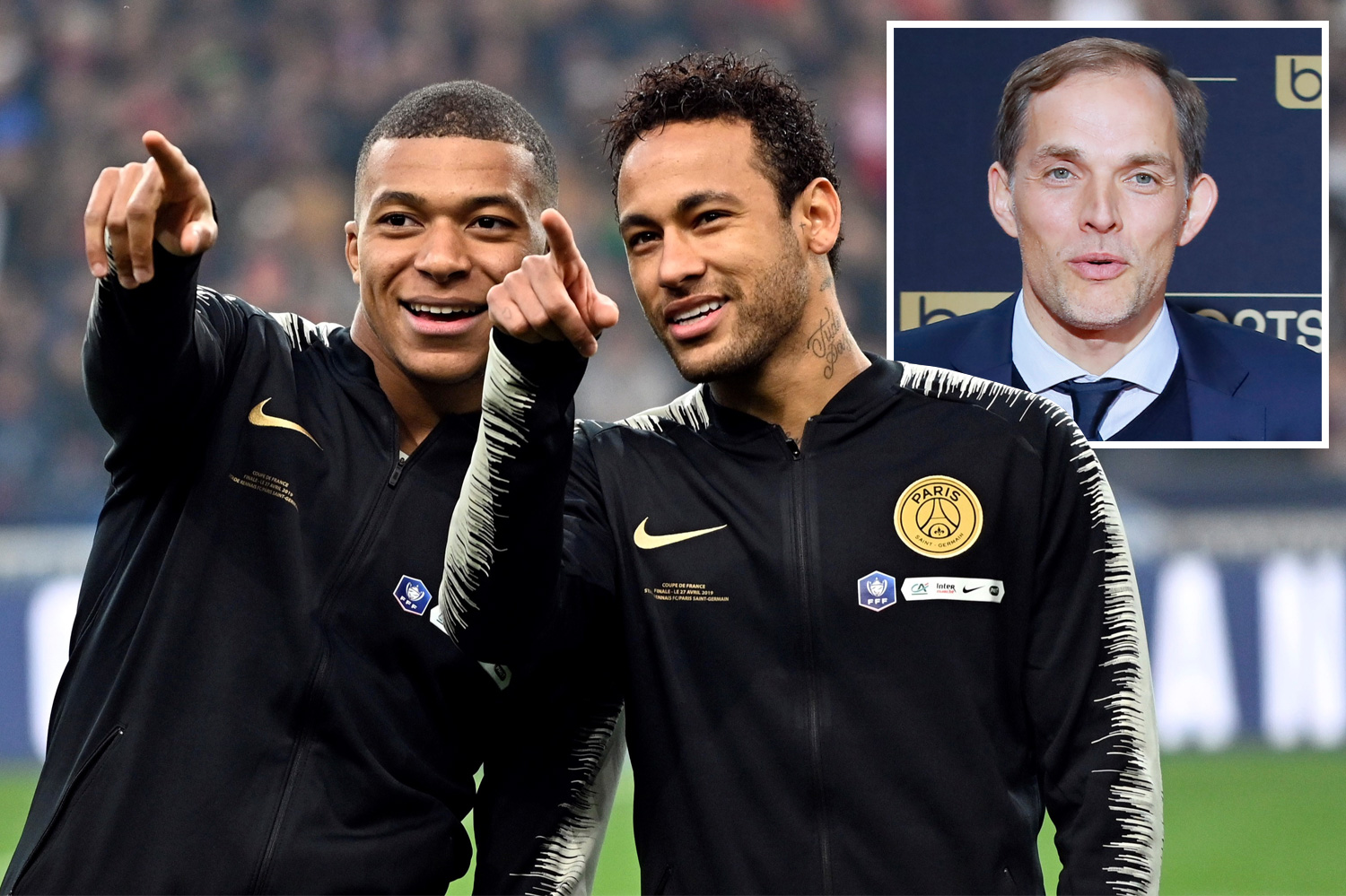 Speaking at a press conference, the ex-Borussia Dortmund gaffer said: "As a coach, I do want them to continue, but this is football, we are not naive.

"Many clubs want to transfer many players and the market is crazy, but if you ask me, the coach, yes, I want them here next season. But if they are not, we will find solutions."

Mbappe stunned PSG earlier this week when he picked up his Ligue 1 Player of the Year award, as he insisted his future could lie somewhere else.

The French World Cup winner said: "It's very important moment for me, I come to a turning point in my career.

"I have discovered a lot here, and I feel it is perhaps the moment to have more responsibility.

"I hope that can maybe be at Paris Saint-Germain, that would be a great pleasure, or perhaps elsewhere with a new project."

Addressing the 20-year-old's comments, Tuchel said: "Mbappe has goals, he is very intelligent and maybe he thought it was time to say it, but he is invited, like all PSG players, to assume responsibilities.

"It is not necessary to make a speech to say that. He's a special guy, he wants to score, score and score, win all the possible titles. We have to accept it, I'm not angry."

Neymar and Mbappe reportedly fell out with each other following the French Cup final defeat against Rennes, where the Brazilian slammed the squad's "young people".

Mbappe felt the dig was aimed at him, especially after he was shown a red card in the shock result as Tuchel's side lost on penalties.

While it has also been claimed that Mbappe is fuming with his manager after he lost out on the European Golden Shoe to Lionel Messi, believing he would have won if he hadn't been dropped for matches.