Track rated a Good 4/Soft 5, with Rail out 4m, so on-pace early before levelling out late.

Competitive dash, but keen on Queanbeyan-trained 5. Brockton Punch who hasn't won for a while, but suited here at the weights and over this trip. Wasn't beaten far in the feature Snake Gully Flying at Gundagai before carting a big weight and finishing on behind the winner in a BM 66 back at home. Drops 7.5kg for this.

Dangers: Wagga 6YO 3. Fermanagh Lad is also down in weight after a solid run this track when well backed; while Leeton-trained 1. Grunderzeit has a whopping 64kg to carry, but his first-up effort under almost as much weight at Gundagai was strong, and boasts a handy second-up record in deeper races.

How to play it: Brockton Punch to win. 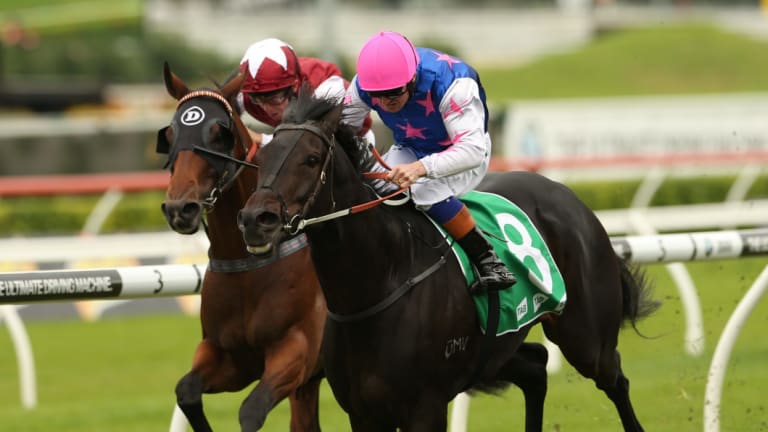 Local filly 3. Coolyboss was a big firmer at second career run this track when really attacking the line from midfield to just miss. Up slightly in weight, but stable is shrewd at finding the right race.

Dangers: Topweight 1. Leftover Diamond hit the line hard on debut back in June when rock solid in the market, and looked good in a recent trial; while big watch on Canberra filly 4. Miss Crompton who was unwanted on debut this track, but stuck on strong after parking on the speed and is bred to go fast.

Open affair, but like Goulburn 4YO 2. Chouxtorial third run in off a freshen-up stepping up a little in distance. Found the line nicely in two runs back before given a let-up and then a quiet trial in Canberra, with leading rider staying aboard. Big fan of the stable.

Dangers: Despite the wide gate, Canberra-trained 5. Luga Lad has placed seven times in 15 starts and has more ability than most of these. Just missed last two starts at home finishing hard from midfield, and despite the gate, will be in the finish with any sort of early cover. Locally-trained former Kiwi 7. Wellletsdoit is a big watch after an even first run in the region; while Canberra 3YO 8. Samara's Choice gets the inside draw for his return from a seven month break after being outclassed in stronger company. Canberra filly 11. Il Professionale has hit the line in two runs back and in well at the weights after the claim.

Canberra mare 4. Denman Diva has a smart fresh record, and trialled impressively at home for her first run in nearly seven months. Will sit midfield off the fence from a wide gate and be strong at the finish.

Dangers: Last-start Canberra winner 2. Olifants will fly over from the outside gate and prove tough to run down. Won two of her last three, and big weight is off-set by rider's 2kg claim. Top-weight 1. Cattledog Cod who has early speed and was solid first run back after a long break, and Yass mare 6. Bay Of Modena who was good here last start are the best of the rest.

Most of these are battling so looks ideal for Canberra 4YO 2. Imanacheeva third-up after two encouraging runs back at big odds. Won over 1700m in the winter so looking for this trip now and has the inside draw and leading rider aboard.

Dangers: Another Canberra visitor 1. Count Of Montecarlo mixes his form, but has gone okay in deeper races and this isn't strong; while Albury-trained 6. Jounama Gold finally won his maiden last start and drops in weight. Border-hopper 3. Traffic Cop was solid to the line over this trip at Tatura last start in what was an above average BM 58.

How to play it: Imanacheeva to win.

Open and good race, with several hopes coming off a variety of form. Going wider here on Canberra-trained 2. Le Cavalier second-up bouncing straight from 1300m to the mile. Got home nicely from well back resuming in a BM 85 Federal at Canberra, and while up in weight, normally produces second run and loves the long straight.

Dangers: Lightly-raced Albury visitor 8. Footmark is one of the better weighted runners all day on 54kg after winning two straight at home and then a strong closing effort to just miss a place in an 1800m Randwick Highway when well backed. Canberra mare 6. Rock On Zariz finished off nicely in the BM 86 Snake Gully Cup before an even effort at Goulburn behind a smart one; while local 9YO 3. Not Too Sure won a BM 79 this track before also not missing by much in the Snake Gully, and then closing solidly in a BM 70 at Wodonga. Very consistent and extra trip suits.

Canberra 4YO 6. Greyfell didn't fire last start at the Sapphire Coast, but two previous runs easily good enough to win this. Three starts back exploded to win a weaker race with 60kgs, then was solid in a strong BM 65 Federal at Canberra, the winner having run a close second since in the Mudgee Cup.

Dangers: Local 9YO and topweight 1. Heysen has hit the line over similar trips in his last two and rider's 4kg gets him right into the race; while Kembla visitor 3. Griddlebone is slowly improving and rock fit after five runs this prep.

How to play it: Greyfell each-way.

Wide open affair to finish, with locally-trained 3. Tully Toff looming as the one to beat. Resumed with a dominant maiden win here before diving in the deep end in a Rosehill Highway. Came home to easily win a CL1 under 60kg, and looks primed for the class rise.

Dangers: Liked the winning effort of Tumut-trained 2. Find My Tail whose consistency was rewarded with an impressive win here last start from a wide gate, and should enjoy a lovely trail midfield. Canberra colt 1. Carruthers resumed with a dominant win before failing second-up but has won a trial since; while 6. Te Ata finished off strong in a decent BM 60 last start and is close to a third career win.

How to play it: Tully Toff to win and quinella 2 and 3.