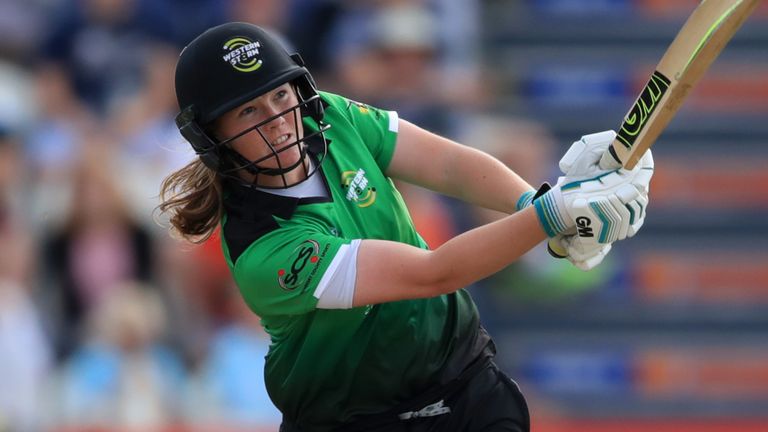 Storm looked out of the game when they were reduced to 203-7 in the 39th over chasing 292 for victory – England captain Heather Knight having been fifth out for 91 – only for Shrubsole to smash six fours and three sixes in an extraordinary 41-ball innings in Bristol.

The England star hit the winning boundary off international team-mate Sophie Ecclestone from the final ball with the scores level, having earlier chipped in with 3-29 in Thunder’s 291-8.

Shrubsole’s heroics ensured Emma Lamb’s 121 for Thunder – the highest individual score of the day across the four games – came in vain. 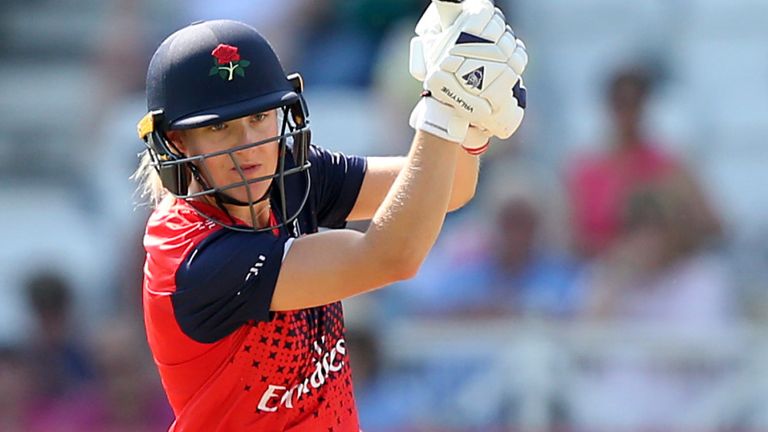 Central Sparks’ Sarah Glenn produced a Shrubsole-esque late show with her 71 not out from 52 balls taking her side to a superb comeback victory over last year’s beaten finalists Northern Diamonds at Emerald Headingley.

Sophia Dunkley was the fourth centurion of the day, cracking 104 not out from 93 balls for South East Stars as they racked up the highest score in the tournament’s history – 324-7 – in a thumping 135-run victory over Sunrisers at Chelmsford.

Sunrisers now lost all seven of their games in the Rachael Heyhoe Flint Trophy stretching back to last season. 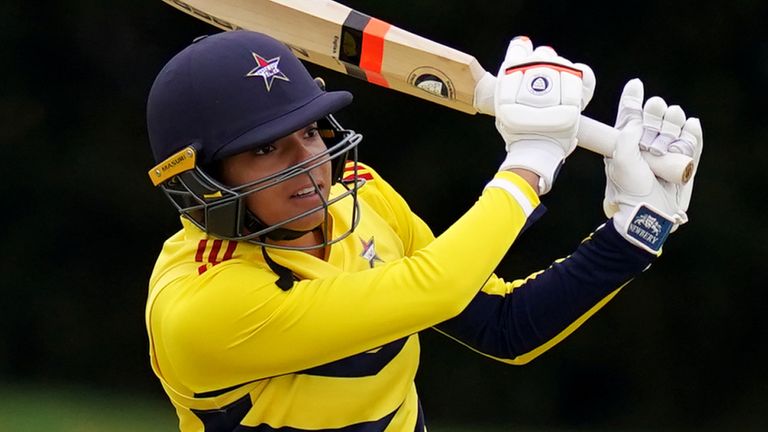 Reigning champions Southern Vipers, though, are now eight from eight in the competition after following seven straight victories in 2020 with a four-wicket win over Lightning at The Ageas Bowl to kick off the new campaign.

Storm beat Thunder by one wicket

Thunder centurion Lamb shared a third-wicket stand of 77 with Piepa Cleary (79) as her side set Storm 292 to win.

Knight – who had earlier run out Lamb with a direct hit – looked on course for a hundred of her own until she top-edged Clearly behind with 97 runs needed from 13 overs. 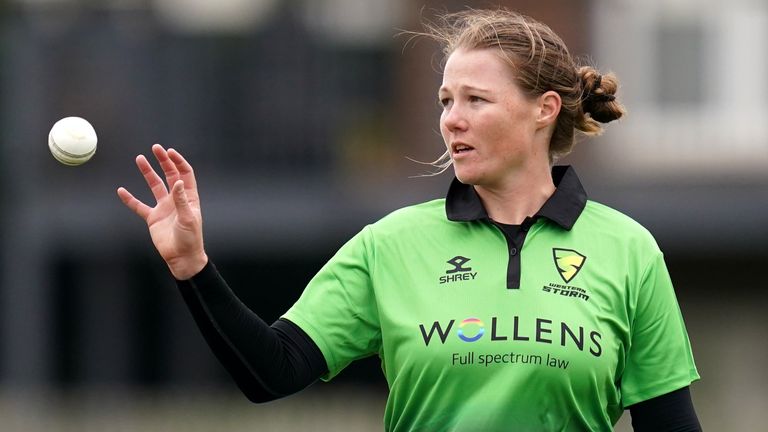 Storm were 195-5 at that stage and that got even worse before Shrubsole’s superb intervention, which included four boundaries in a row off Hannah Jones.

Ecclestone took two wickets in three balls in the 46th over to reduce Storm to 252-9 but Shrubsole then bossed a 43-run stand with Lauren Filer for the last wicket.

Shrubsole hit two sixes off Cleary in a 16-run 49th over and then bookended Ecclestone’s final over with fours as Storm pulled off a stunning victory.

Glenn’s bruising late fifty took Sparks over the line but the highest knocks of the game were the centuries for Winfield-Hill and Jones.

? RESULT | an unreal comeback from the Sparks to clinch first #RHFtrophy spoils, winning by 2 wickets with 10 balls spare! ?

Winfield-Hill hit 11 fours and three sixes – with one maximum taking her to three figures – in a Diamonds innings in which Sparks seamer Issy Wong claimed 5-49.

Jones notched 13 fours and three sixes in her knock, having come in at No 4 in the third over of the chase after Sparks lost openers Evelyn Jones and Gwen Davies for nought.

Jones put on 103 with Marie Kelly from 6-2 but both fell amid Sparks’ collapse, during which Linsey Smith took three wickets, before Glenn rescued her team.

? @lozwinfield raises her bat to the home dressing room after reaching her century in stunning fashion pic.twitter.com/Wc7qcAdVPp

Dunkley’s century came in front of England head coach Lisa Keightley and perhaps boosted her hopes of adding to her international appearances this summer, with the 22-year-old having played 15 T20Is so far.

Dunkley’s third List A hundred included 12 fours, while there were half-centuries for Stars openers Bryony Smith (59) and Alice Davidson-Richards (53), who put on 107 for the first wicket.

Sunrisers were dismissed for 189 in 39.2 overs in reply, with Stars left-arm seamer Tash Farrant taking 5-33, including each of Sunrisers’ top four, and Smith backing up her fifty with the bat by snaring 3-47.

England star Danni Wyatt top-scored for Vipers with 53 as her side chased down Lightning’s 214-9 with 3.1 overs to spare. 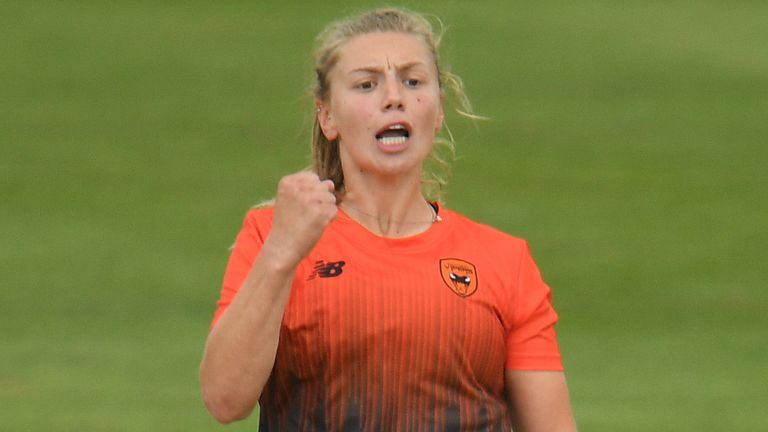 Lightning spinner Kirstie Gordon (4-35) dismissed each of Vipers’ top four, including Wyatt and last year’s leading run-scorer Georgia Adams (28), but the defending champions had contributions throughout their order.

Charlie Dean (32) and Paige Scholfield (38no) impressed after Gordon had reduced Vipers to 135-4 in the 28th over.

Lightning had earlier been restricted thanks to a zippy spell from Vipers left-arm seamer Tara Norris (3-47), who also held a good catch in the deep to see off Tammy Beaumont (57).