RAFAEL NADAL celebrated winning an incredible 12th Barcelona Open by stripping off and jumping into a swimming pool.

The Spanish legend, 34, edged past red-hot Stefanos Tsitsipas 6-4 6-7 (6) 7-5 in an epic encounter lasting three hours and 38 minutes for yet another clay tournament triumph. 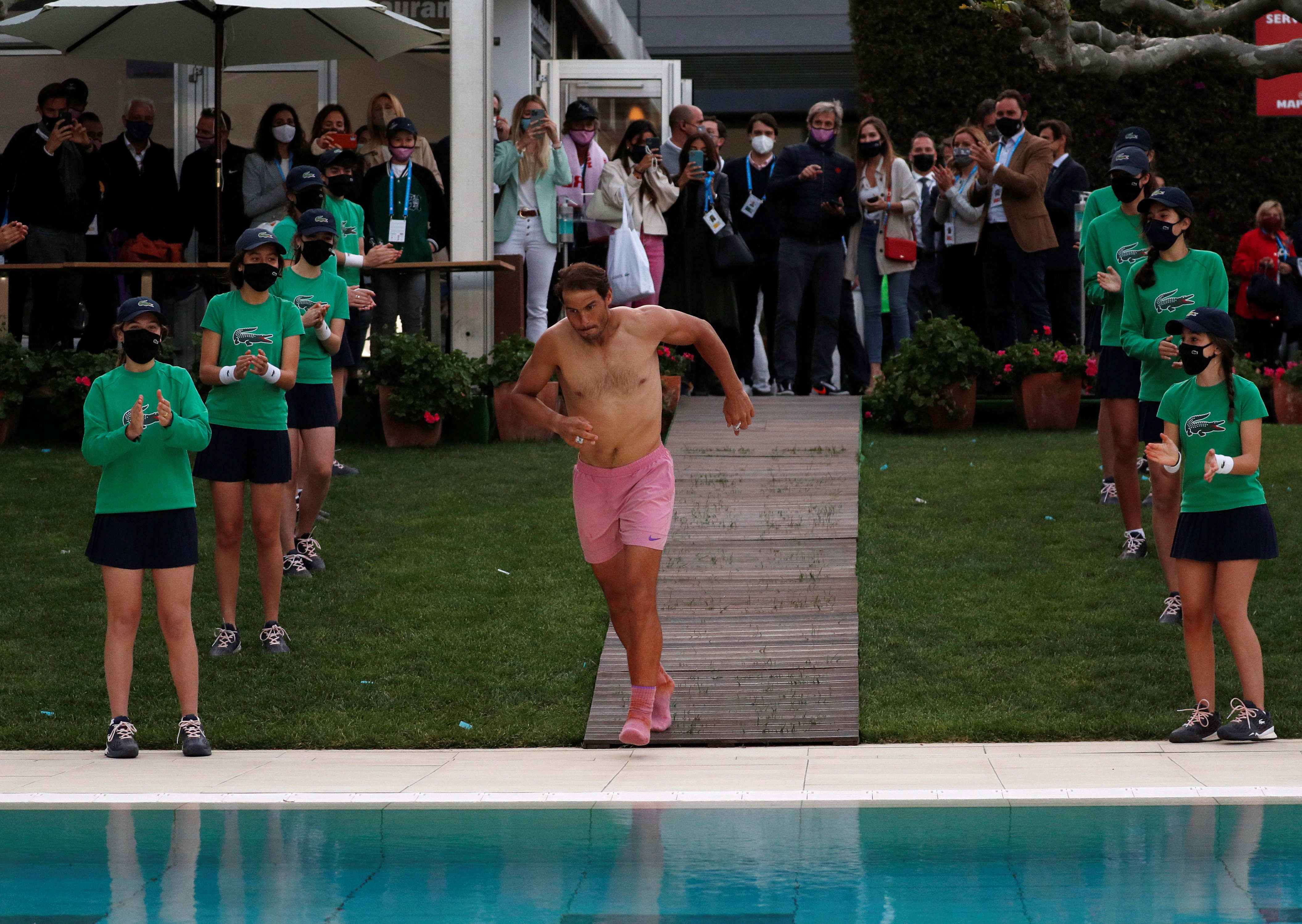 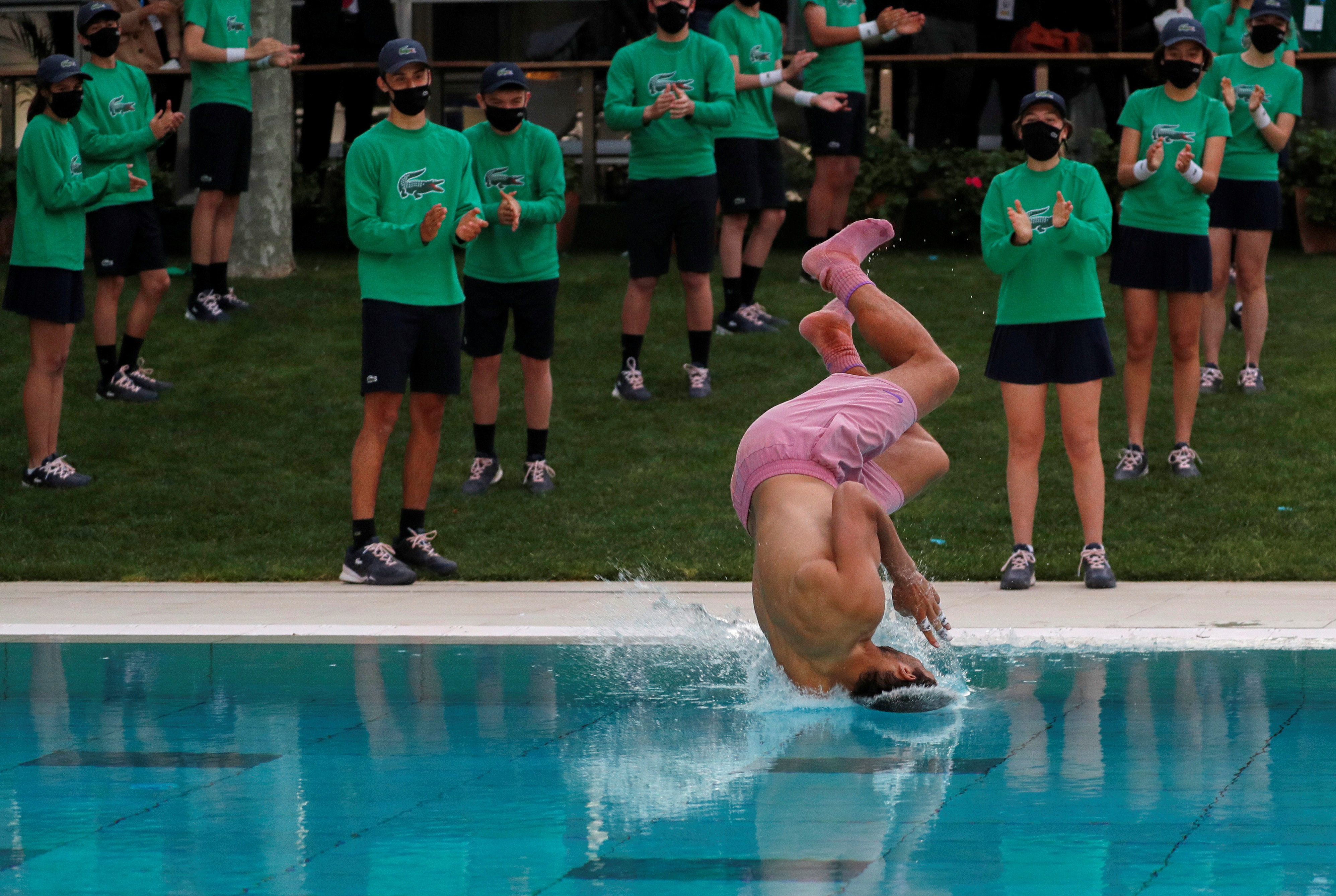 And top-seed Nadal celebrated his monumental performance by stripping down to his pink shorts and socks and doing a front somersault into the pool.

The world No3 has never lost in a final at the Barcelona Open and was relieved to keep that record in tact in what was his 16th entry.

Nadal was behind from the start but won four straight games to take the first set.

The top-seeded Spaniard got off to another slow start in the second set and needed another late break.

He wasted two match points at 5-4, then saved three consecutive break points in the following game.

Tsitsipas converted on his third set point of the tiebreaker to force a third set.

The Greek then himself squandered a match point when 5-4 ahead.

Nadal ultimately survived, winning three straight games for the title, before collapsing in a heap on the clay in celebration. 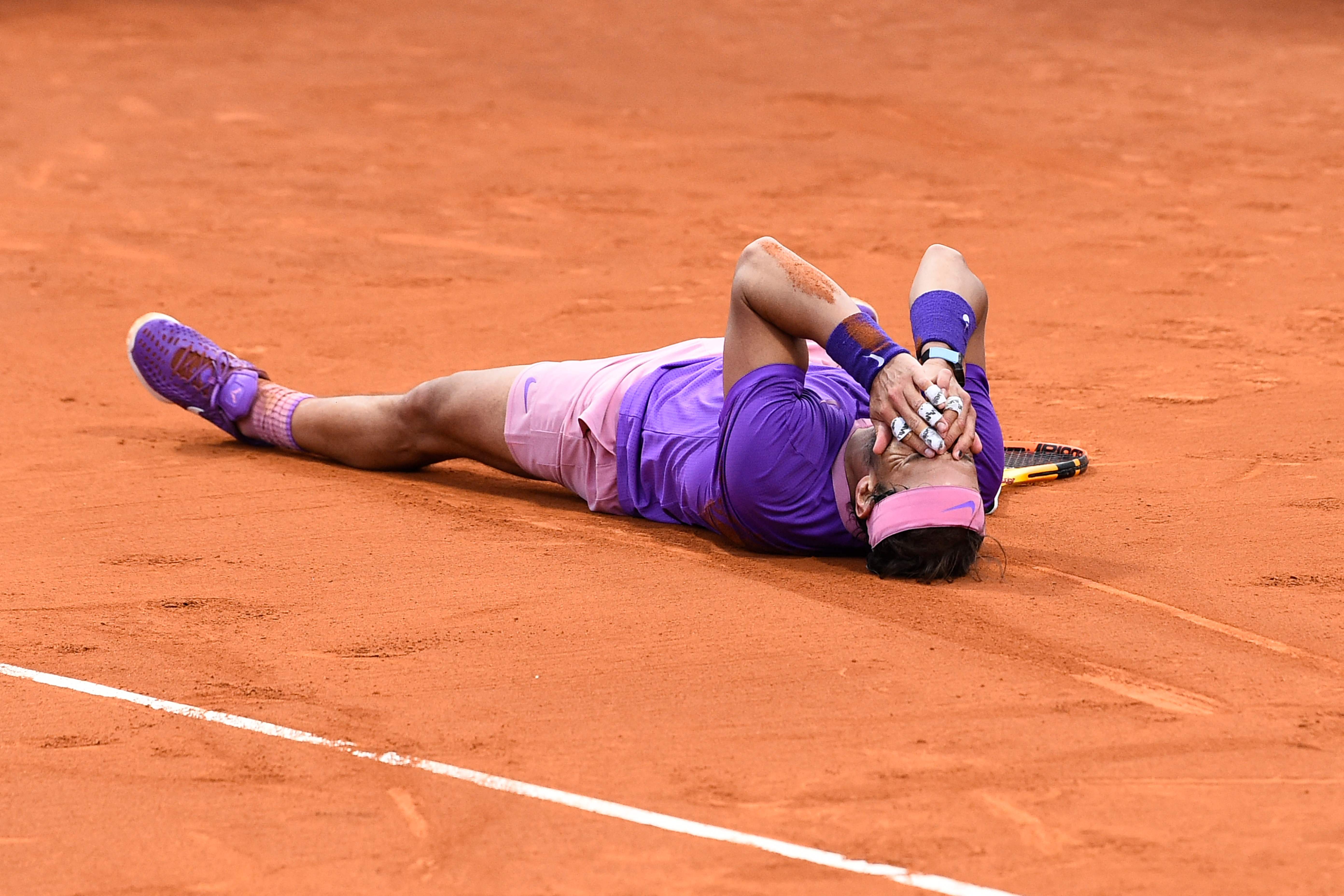 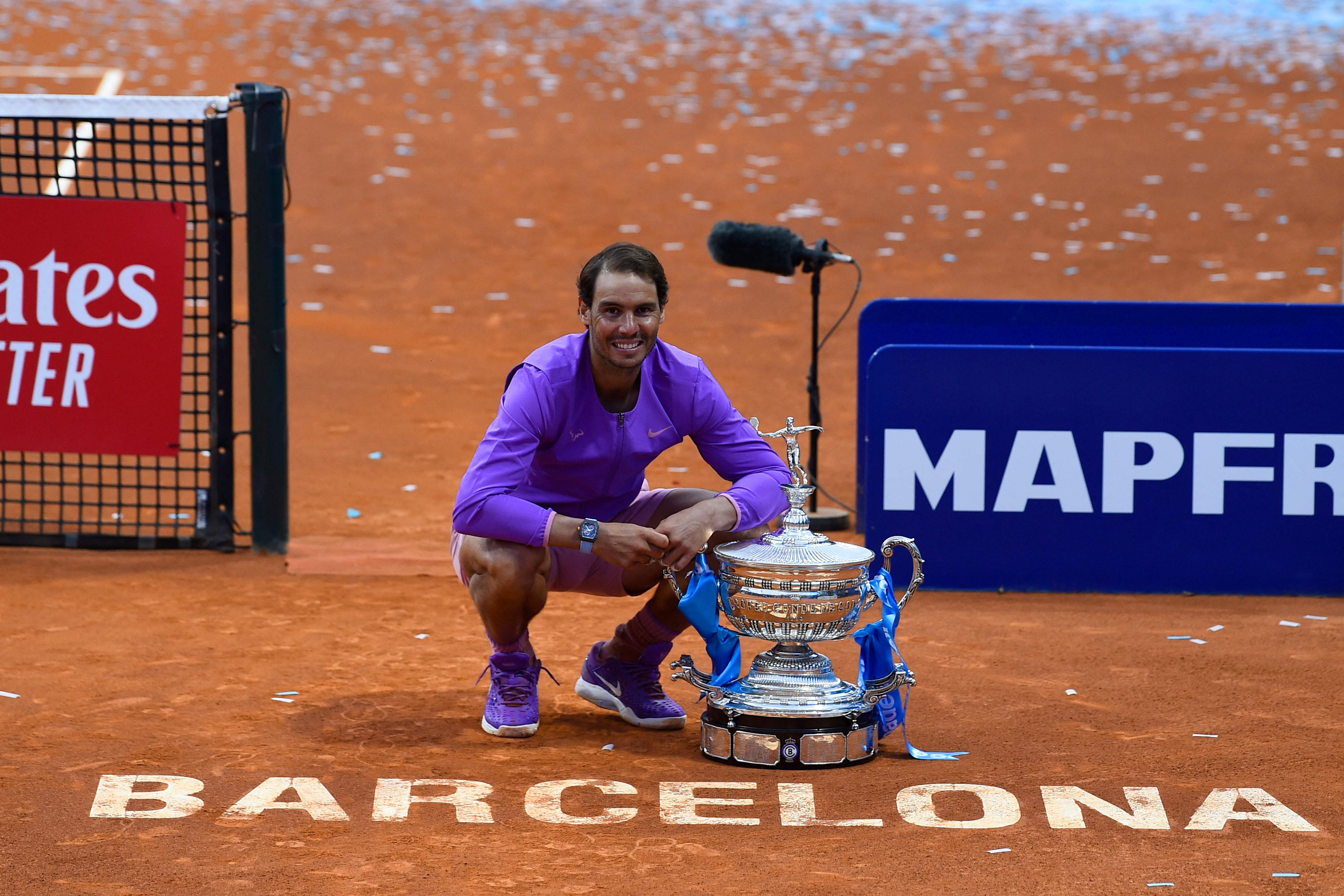 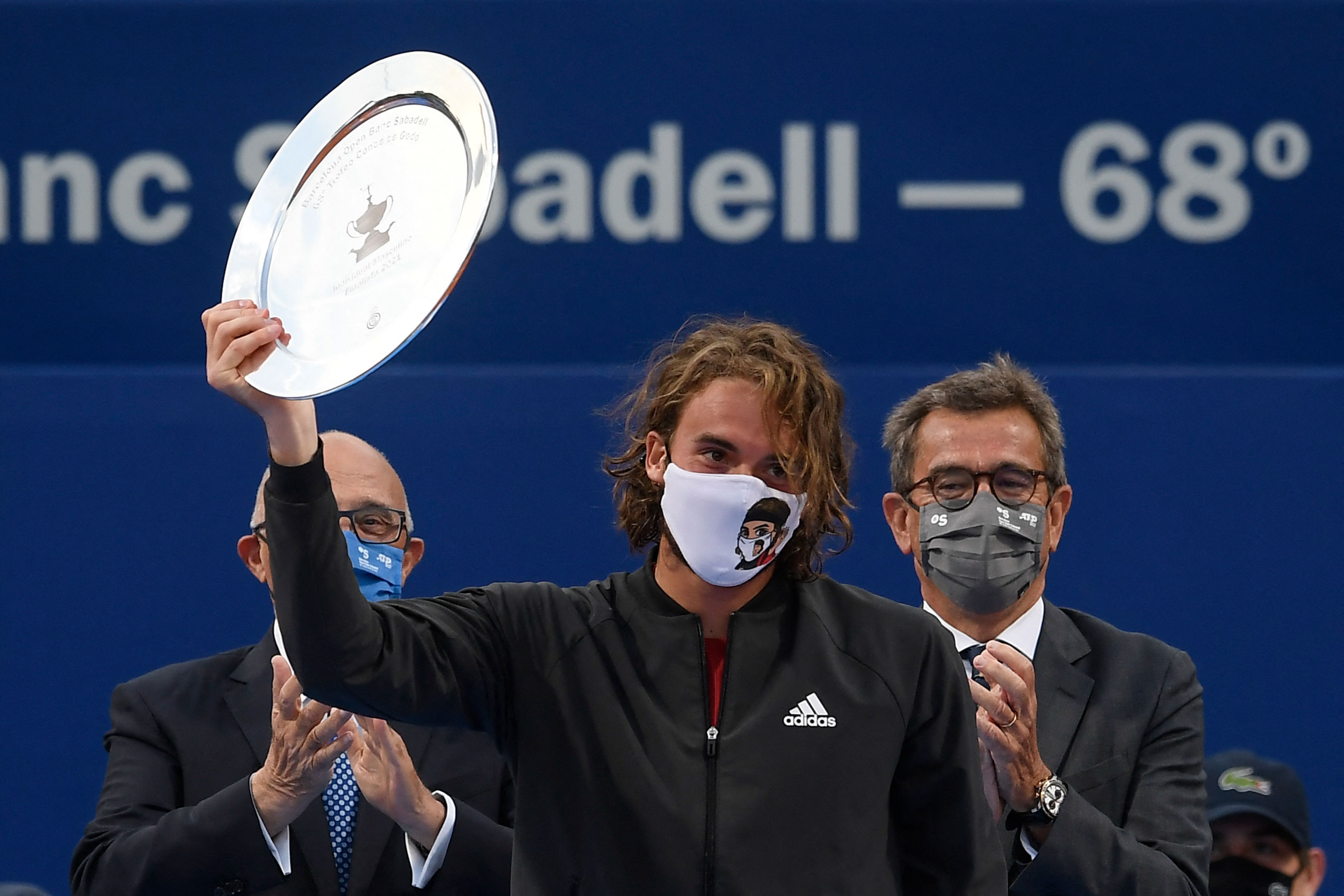 It was Nadal's first title of what has been a largely tricky 2021, with Tsitsipas – who was yet to drop a set in Barcelona going into the final – arguably the favourite.

The Greek No2 seed – who beat Nadal in the quarter-finals of this year's Australian Open – was looking for a staggering 27th season win.

By winning in Catalonia, Nadal clinched his 87th career ATP title – and his first since October 2020 when he won the French Open after obliterating Novak Djokovic in straight sets at Roland Garros.

It was also the longest best-of-three ATP match so far this year.

Nadal has utterly dominated the Barcelona Open during his career.

He lost in the 2019 semi-finals to eventual champion Dominic Thiem with the 2020 tournament scrapped due to the coronavirus pandemic.