Real Madrid’s players pumped fists and exchanged hugs. A scoreless tie at Liverpool on Wednesday night had assured that the Spanish club had taken what it saw as its rightful place in the semifinals of the Champions League. All of a sudden, a 14th European Cup title hung tantalizingly close.

No club has quite so much of its identity bound up with the Champions League as Real Madrid. It regards the tournament as its personal fief. Its sees its pursuit of continental primacy as its central, animating force. At much the same time as Zinedine Zidane’s team was celebrating victory, though, the club’s president, Florentino Pérez, was putting the finishing touches to a plan designed, in effect, to destroy the competition forever.

Pérez spent the tail end of last week making calls and lobbying support and quieting nerves among some of European soccer’s most powerful executives for a plan years in the making.

On Sunday, the fruits of that labor were revealed: A dozen leading clubs — Manchester United, Liverpool, Arsenal, Manchester City, Chelsea and Tottenham from the Premier League; Juventus, Inter Milan and A.C. Milan of Italy; and Real Madrid, Barcelona and Atlético from Spain — had agreed to become founding members of a breakaway superleague.

Pérez and his allies must have known what the reaction would be: a great torrent of caustic condemnations, each one flecked with scarcely concealed rage. UEFA released a statement, also signed by the Premier League, Spain’s La Liga and Italy’s Serie A, threatening the conspirators with expulsion if they continued down this dark and murky path. The Bundesliga of Germany lent its support, even though its teams had refused to sign up to the proposals. The French league did the same.

Executives from those teams that would be cut adrift spoke gravely of the need to protect soccer’s pyramid. Fan groups rejected any rupture en masse and outright. So, too, did various national associations. Gary Neville, the former Manchester United player who has become a staple of British television broadcasts, had his say.

Almost as important, Britain’s prime minister, Boris Johnson, gravely intoned that the clubs involved would have to answer to their fans. The French president, Emmanuel Macron, released a statement decrying the idea. None of his country’s teams had agreed to take part. Only Paris St.-Germain had been asked. It said no. For now.

That none of these parties can be considered truly dispassionate goes without saying. Of course UEFA does not want the Champions League to be usurped. Of course the major domestic leagues cannot countenance the idea of seeing their competitions diminished. Of course executives at those clubs who would be excluded do not want to see the gravy train they are currently riding overtaken by an express.

They are all compromised in one way or another, but that does not render their outrage unjustified. They might be no less avaricious or cynical in their thinking than the rebel clubs. Their calls to arms over the sanctity of soccer’s pyramid might ring deafeningly hollow. But the problem with the plan is not that it accentuates money; it is that it eliminates risk. 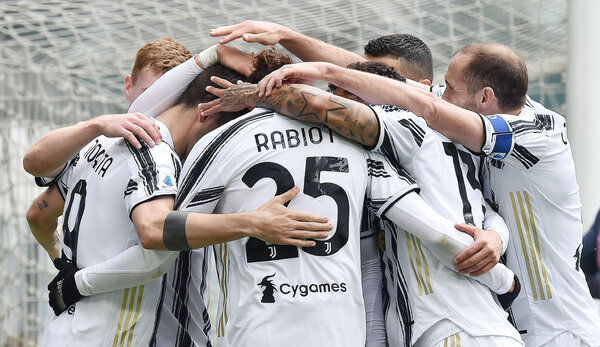 For the dozen founding members, the appeal of a Super League is that it is predictable. There would no longer be any need to worry about qualifying for the Champions League — it is possible that at least four of the signatories will miss out on next season’s edition simply through not being good enough in their domestic leagues — in order to have access to soccer’s most lucrative prize pot. The income would, instead, be guaranteed.

The problem with that, of course, is that unpredictability — what is rather grandly known in the sport’s argot as competitive balance — is at least part of the secret of soccer’s appeal. In March, F.C. Porto knocked Juventus out of the Champions League in the round of 16. Its elimination came in the same week that the Juventus president, Andrea Agnelli, had ill advisedly gone public with his latest harebrained schemes for improving the sport he purports to love.

From a business perspective, his club’s exit was bad. Juventus is the champion of Italy. It is one of the most popular teams in the world. It has far more box office appeal than Porto; the longer it stays in the Champions League, the better not only for Juventus itself, but to some extent for the competition as a whole. From a sporting perspective, though, its demise was compelling, spellbinding drama, and at the center of the plot was jeopardy: Something was riding on this. Remove the stakes, and it is highly likely that the product will suffer.

To American sensibilities, of course, none of this is alien. The major professional leagues of North America all function as closed shops, unencumbered by the specter of promotion and relegation, and they are doing quite nicely, thank you. Their example has percolated into the thinking of not only those European clubs whose owners have interests in the N.F.L. or Major League Baseball, but of those who look on enviously both at the broadcast deals they can command and the cost control measures at their disposal.

Here too, though, there is a misunderstanding. Soccer is, as the historian David Goldblatt has written, a global cultural phenomenon of almost unparalleled scale. Cristiano Ronaldo is by some distance more famous now than the Beatles were even in their heyday. To the major clubs, this is a point in their favor; they are the teams, after all, that people across the planet pay to watch. Why should they spread the wealth they generate to everyone else?

The riposte is quite simple: They have not built their popularity alone. What soccer has become is testament to the richness of its heritage, to the stories told not by a handful of clubs but by hundreds of them.

By seeking to sever the link between the elite and the masses, the dozen rebel clubs are effectively trying to reap for themselves rewards that are due the collective at what is, effectively, an arbitrary point in history. Had this plan been stifled for another five years, would Tottenham still have been invited to join, or might its place have been taken by Leicester City? In a decade, might A.C. Milan have been replaced by Napoli?

In another light, there is nothing arbitrary at all about this moment. It is possible, of course, that all of this will come to nothing, that letters of intent will prove rather easier than actually conjuring a superleague into being. A gantlet of obstacles awaits, both from soccer’s authorities and from those that lie above them, in the form of national governments and the European Union.

But even if this plan stumbles, the concept will be back, sooner rather than later, in some vaguely modified form. A superleague is, in effect, inevitable; European soccer has been drifting, inexorably, to this point for years.

And it is here that those who hope to benefit from shutting the door, from fixing the rules of engagement, cannot take all of the blame. Many of those who spent Sunday spitting fury at the greed of the conspirators have been complicit, over the last 30 years or so, in making this — or something very much like it — the only conclusion possible.

That is true of the Premier League, which waved in money from anyone and everyone who could afford to buy a club, which took great pride in its “ownership neutral” approach, which never stopped to ask whether any of it was good for the game. It is true of the Spanish authorities, who made it clear that the rules did not really apply to Real Madrid or Barcelona.

It is true, perhaps most of all, of UEFA, which has grown fat and rich on the proceeds of the Champions League, from bowing to the demands of its most powerful constituent clubs, giving more and more power away just to keep the show on the road. It is true, even, of the rest of us in soccer’s thrall — the news media and the commentariat and the fans — who celebrated the multimillion-dollar transfers and the massive television deals and the conspicuous consumption of money and did not stop to ask where it would all go.

It is no surprise, really, that the rebels believe that their plan might work, that there is no such thing as a red line, that whatever they do, we will all keep watching and the ball will keep rolling. It is no surprise that they think they can do whatever they like. That is what they have done for years, after all, and nobody has stopped them yet.