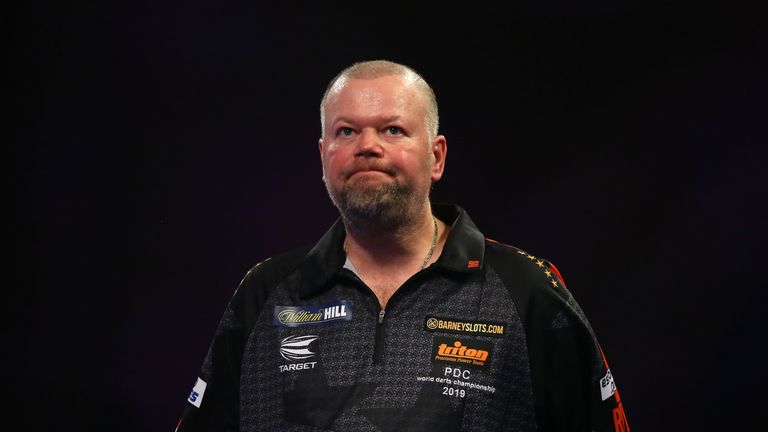 Raymond van Barneveld’s final year on the PDC circuit will feature a record 14th consecutive Premier League appearance, after he was awarded a wild card into this year’s event.

There was plenty of debate about whether Van Barneveld would, or should, be handed a spot after a run of form that has seen him slide down the world rankings over the last few months.

The Dutchman, a five-time world champion, announced in November that 2019 would be his last year as a professional and a shock second-round exit to Darius Labanauskas at Alexandra Palace followed, putting his place in doubt. 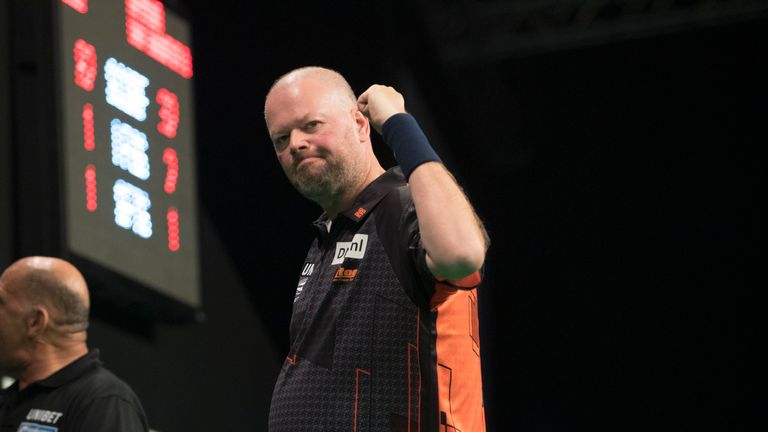 Very thankfull with the invitation for the 2019 Premier League !! I know some people think I don’t deserve it and I respect that. Maybe one day you are eager for one more chance too after a terrible time I hope you also get that chance then ! I will show the true Barney in 2019 !

The 2014 Premier League champion has been awarded one of six invitational spots despite a run of four years without a major individual title that has left him battling to get into a host of the major TV tournaments next year.

Speaking to Sky Sports’ Laura Woods, Hearn said: “Of course in his retirement year, Raymond van Barneveld- the great man- makes his swansong tour of the country and Europe- saying goodbye after so many years of being at the top of the game.” 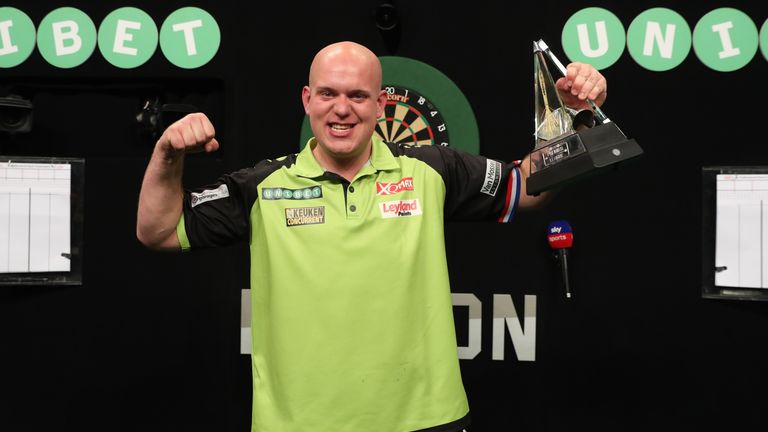 World No 1 Van Gerwen begins the defence of his Premier League title on February 7, live on Sky Sports, as ‘The Green Machine’ bids to win a fourth successive Premier League crown.

Last year’s finalist Smith also returns after enjoying a wonderful 2018. ‘Bully Boy’ followed up a brilliant Premier League performance by reaching the final of the World Series Finals in November, before losing out to Van Gerwen in the World Championship final.

2009 champion James Wade, also twice a runner-up returns after missing out last year. ‘The Machine’ claimed back-to-back TV titles at the European Championship and World Series Finals, which saw him reclaim a spot in the world’s top ten. Grand Slam of Darts champion Gerwyn Price and Players Championship winner Daryl Gurney made their PL debuts last year and are back for a second year after picking up major titles in 2018.

Completing the 10-player line-up is Austria’s Mensur Suljovic, who will be out to make up for an unfortunate elimination early last year.

Another of the big names to fall early at Ally Pally, the World Matchplay runner-up also reached three major semi-finals in 2018, cementing his position in the world’s top eight. 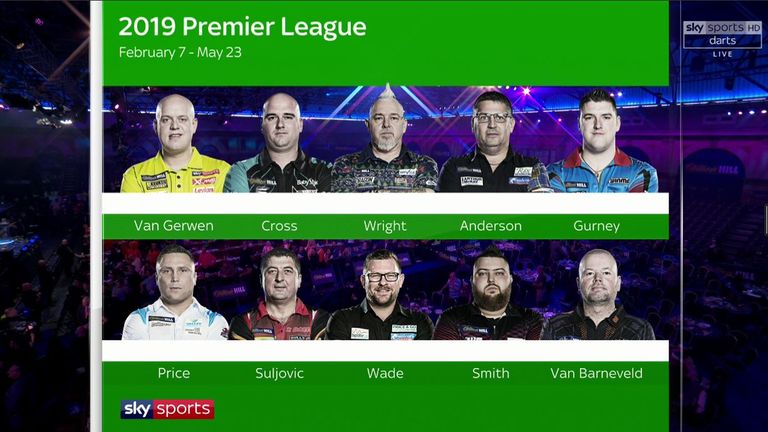 You can follow every dart when the Premier League action gets underway on February 7 at the Metro Radio Arena in Newcastle, with the season concluding at the Play-Offs on May 23 at The O2 in London.