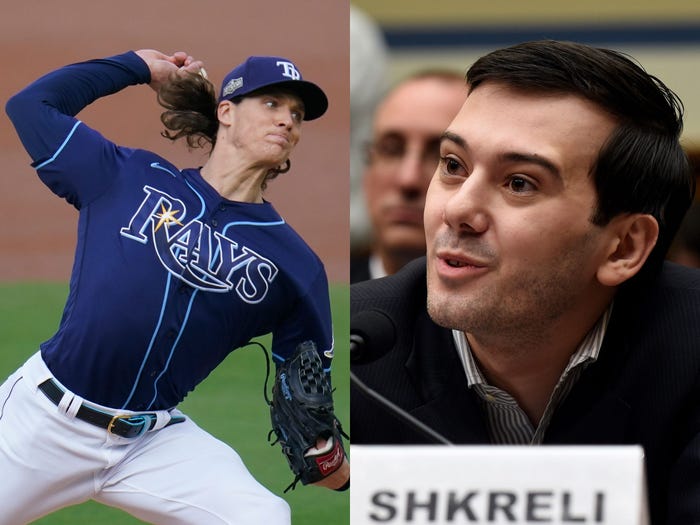 Some may eat the same meal before every game. Others have a lucky shirt or a routine with tying their shoes before taking the field.

But Tampa Bay Rays pitcher Tyler Glasnow may have had the strangest pregame routine in all of sports. According to ESPN's Jeff Passan, Glasnow would look at a picture of "pharma bro" Martin Shkreli before games to make himself angry and ready to pitch.

Shkreli became infamous in 2015 after his company, Turing Pharmaceuticals, acquired an antiparasitic drug and raised its price by 5,000%. Shkreli is currently serving seven years in prison after being convicted of securities fraud.

On Twitter, fans were largely in favor of Glasnow's unorthodox methods of pregame motivation.

Whatever it takes to get your fastball to 97 miles per hour.