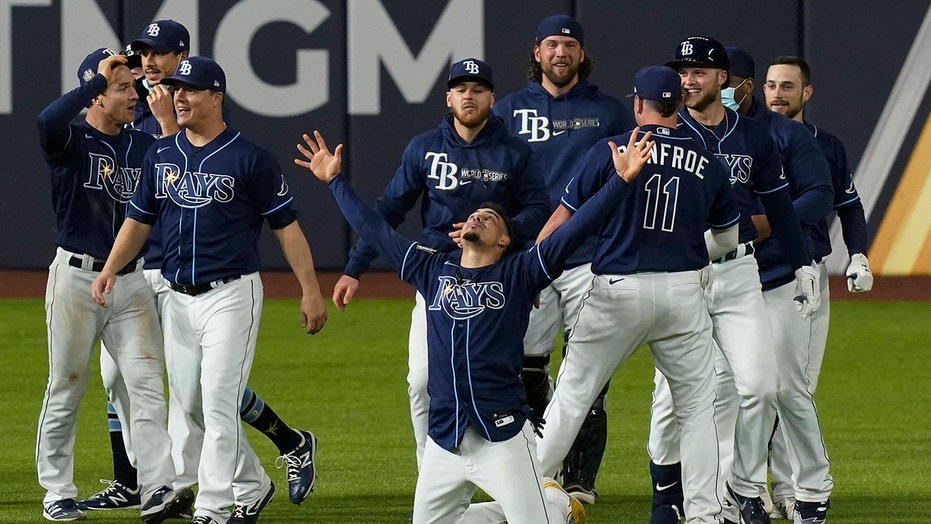 Brett Phillips was the hero in Game 4 for the Tampa Bay Rays.

With two on and two out, Phillips came through off Los Angeles Dodgers closer Kenley Jansen, smacking a game-winning single that scored two runs. Kevin Kiermaier came around to score easily and Randy Arozarena tried to test Mookie Betts’ arm after Betts bobbled the ball in right field.

But Dodgers catcher Will Smith missed the relay throw from Max Muncy and Arozarena, who had stumbled and fallen on his way to the plate and was dead to rights, managed to get up and score the game-winning run in one of the wildest World Series game finishes ever.

From the third to the eighth inning, both teams swapped scores.

After Corey Seager’s homer in the third, Rays outfielder Arozarena hit a solo home run to cut the lead in half. Max Muncy had an RBI single in fifth to keep the Dodgers up two runs again.

Tampa Bay kept it close in the fifth. Hunter Renfroe slugged a solo home run, but it would be Kike Hernandez to put the team up two runs again in the sixth inning with an RBI double.

Brandon Lowe hit a three-run home run to put Tampa Bay up one. Tampa Bay would load the bases with two outs in the seventh inning and Joc Pederson would hit a two-run single. The Dodgers were on top for about five minutes and then Kevin Kiermaier hit a home run for the Rays.

Seager’s go-ahead run was enough for Los Angeles to take and keep the lead. He was 4-for-5 with two RBI, three runs and his second home run of the World Series.

The Dodgers had seven runs with two outs in the game.

Arozarena tied Pablo Sandoval for the most hits in a postseason with 26. His home run set a single postseason record with nine home runs in a season – more than Barry Bonds, Carlos Beltran and Nelson Cruz. He then would score the game-winning run.