The Brazilian sent supporters into a frenzy as he leapt into the stands after putting Real 3-2 up against Celta Vigo on Sunday. 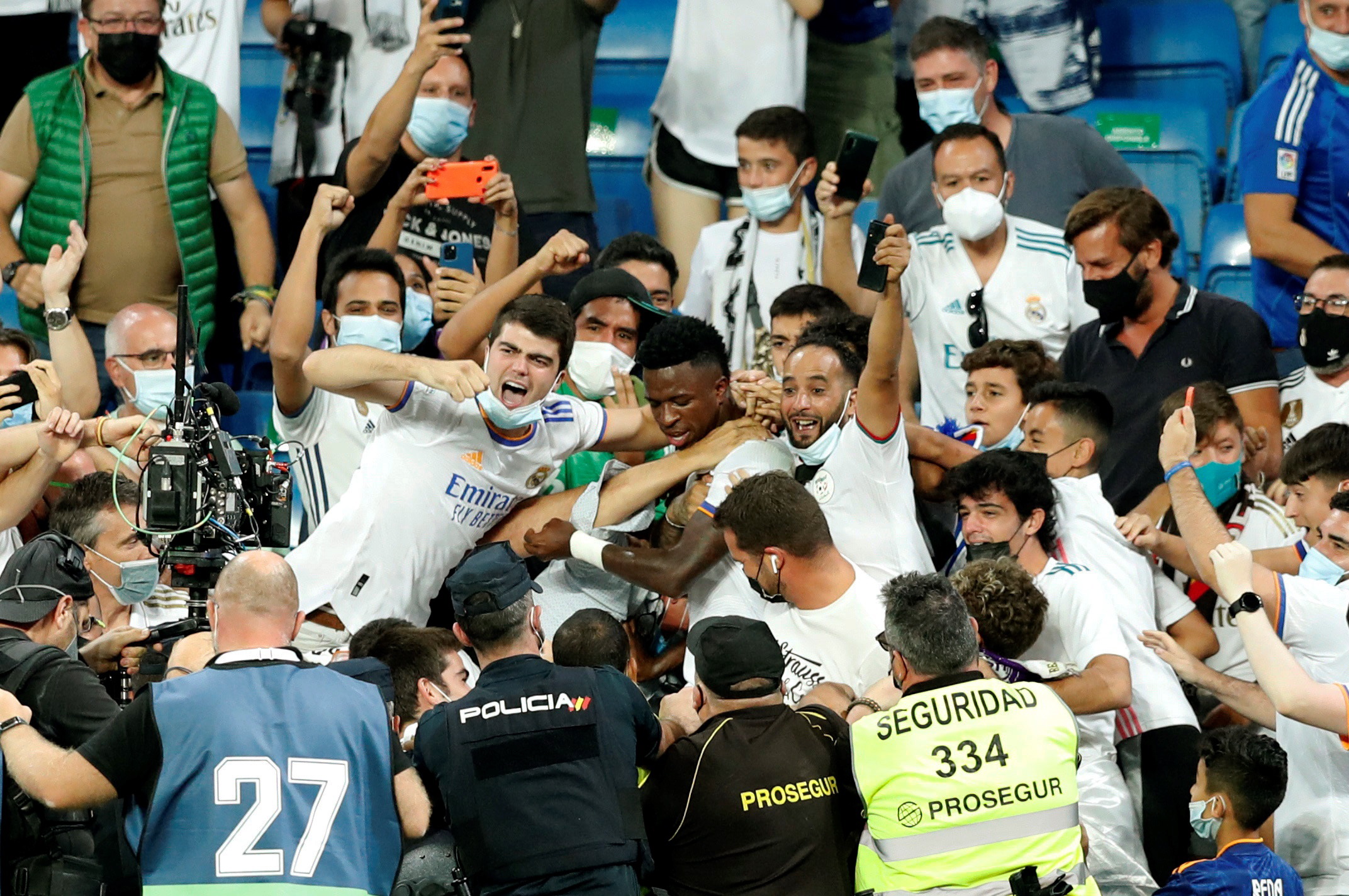 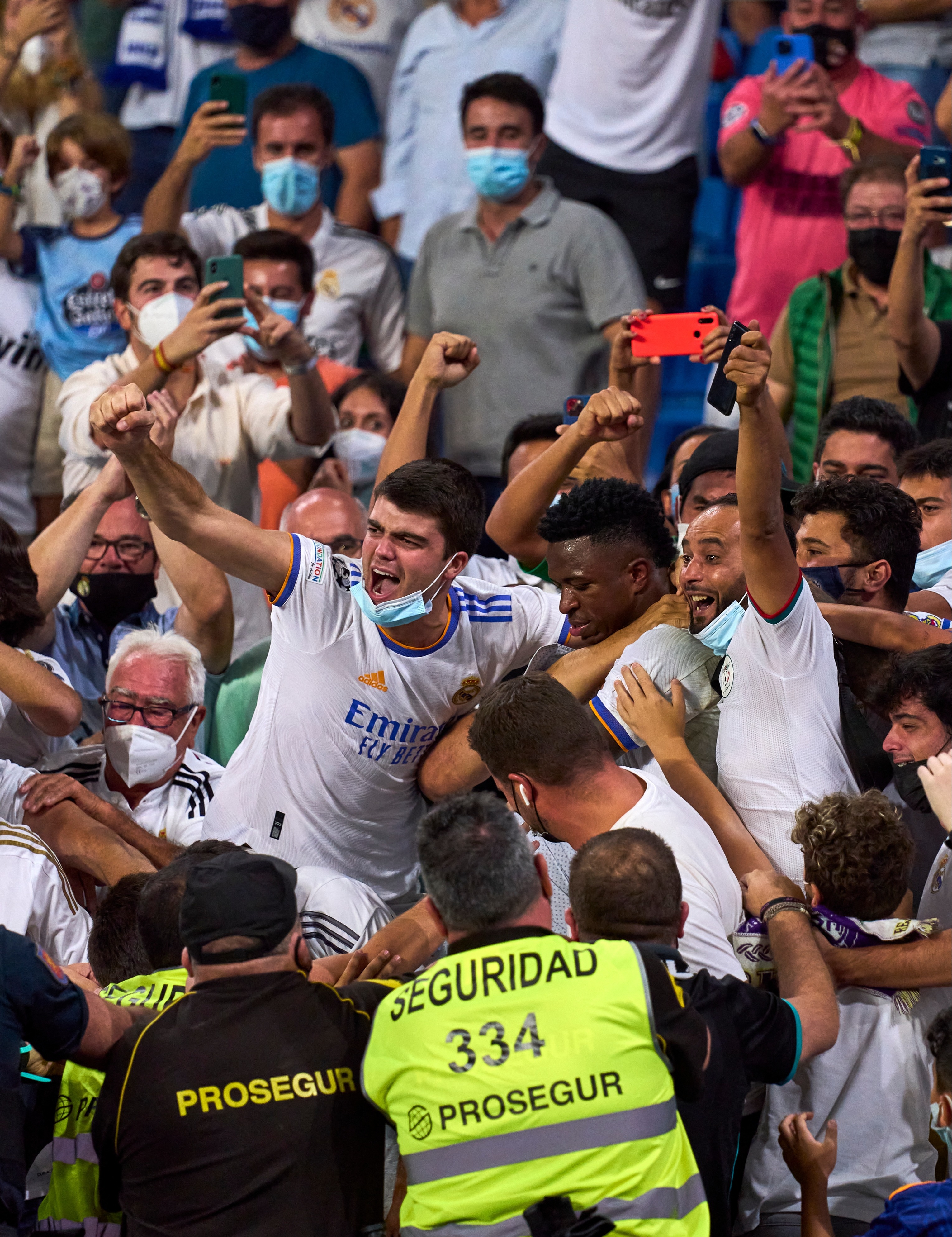 Finding the net on 54 minutes, the forward thumped the club crest on his chest before diving into the crowd at the newly-refurbished Santiago Bernabeu Stadium.

Such was the madness among the Bernabeu faithful that police had to wade in to extract the player so the match could resume.

Ref Sanchez Martinez waited patiently for the star to return to the pitch before showing him a yellow card for the celebration.

Real eventually swept aside Celta with a 5-2 victory in their first match back at the Bernabeu in 560 days.

New signing Eduardo Camavinga marked his debut with a goal for Los Blancos, who sit top of La Liga with 10 points from a possible 12.

Karim Benzema completed the scoring with a hat-trick as Real notched their third win of the season.

The Frenchman wrapped up the victory from the penalty spot for his third and Real’s fifth goal of the evening.

Reports suggest it is increasingly likely Benzema will be joined by countryman Kylian Mbappe in Spain next season.

The France striker is tipped to wind down his contract at Paris Saint-Germain and join Real on a free transfer next summer.

Real saw transfer-window bids of around £137million and £145m rejected this year but are understood to be confident of landing their man in 2022.