NOVAK DJOKOVIC is a step closer to a terrific 20 after giving the self-professed 'fittest man on tour' the runaround.

Muscular Hungarian Marton Fucsovics considers himself to be in the best shape in the men’s game. 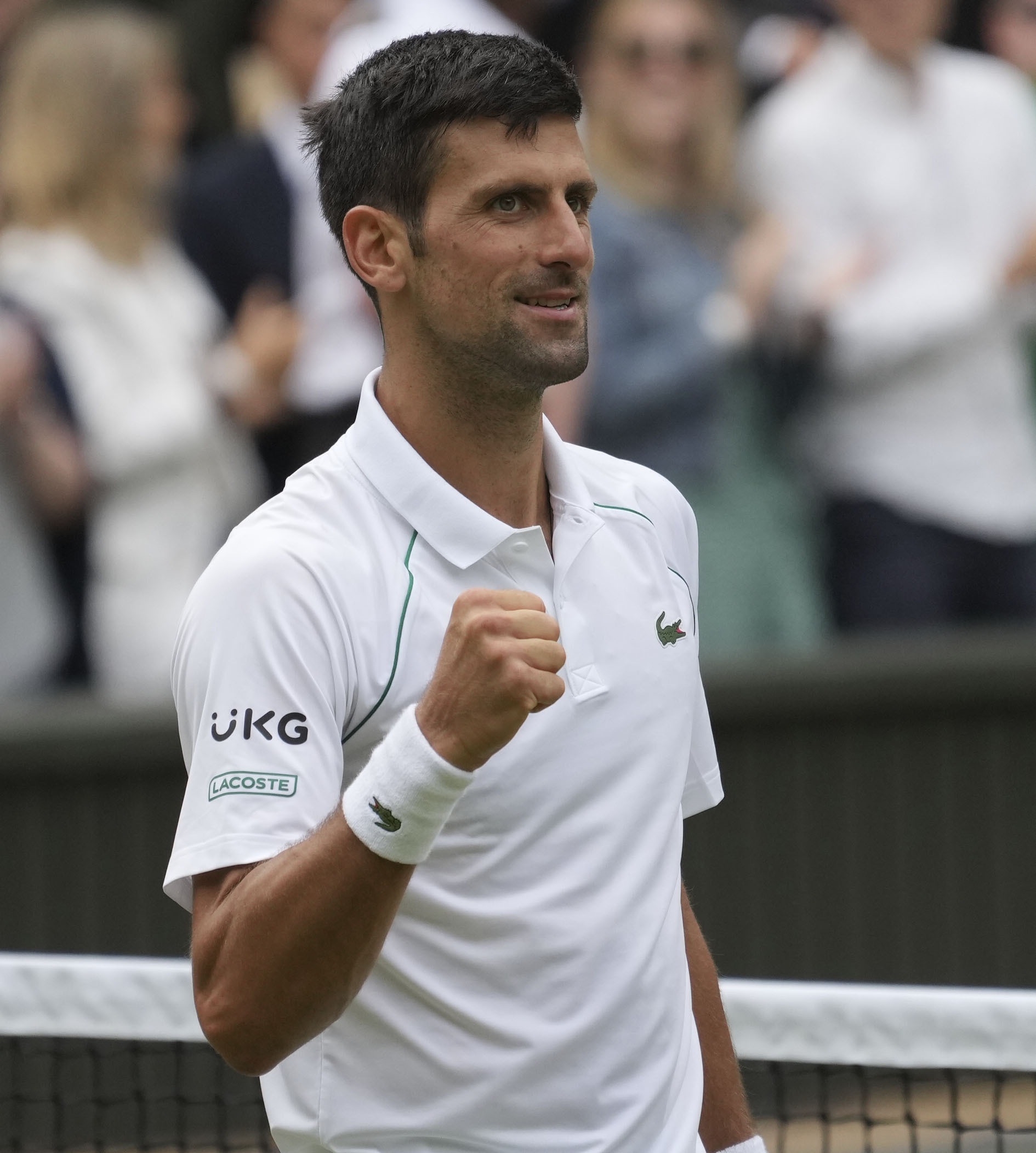 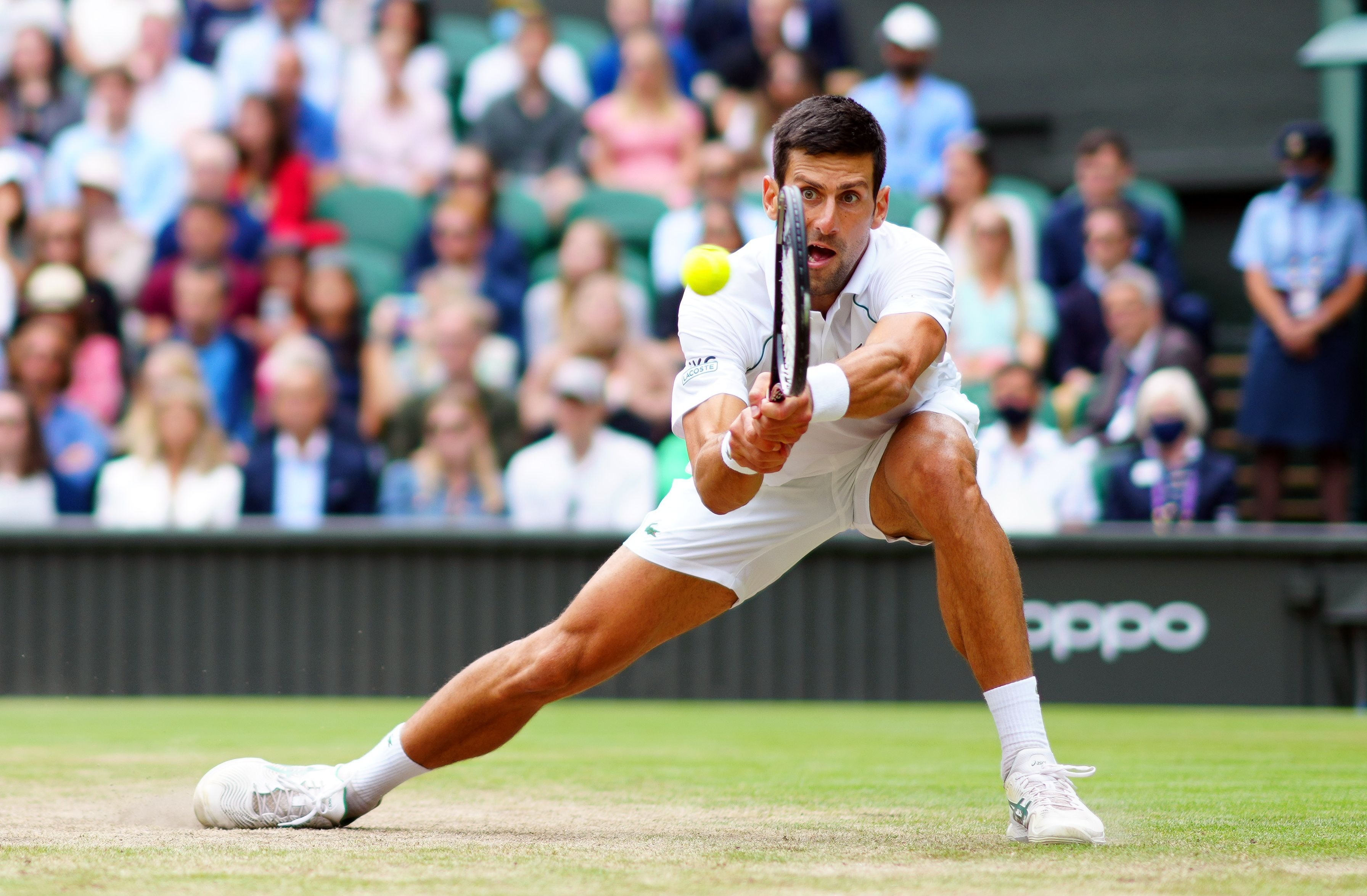 But the last unseeded man in the draw could not keep pace with world No1 Djokovic, who came through 6-3 6-3 6-4.

It put the Serb into his 41st Major semi-final and to within two victories of a 20th Grand Slam singles title, which would draw him level with great rivals Roger Federer and Rafael Nadal.

Djokovic, 34, said: “I am aware of certain stats and I love this sport with all my heart and soul.

“Sometimes things do look surreal for me but I try to live in the moment and not take anything for granted.

“Going for history is a huge inspiration for me. Let’s keep it going.”

Fucsovics, who won Wimbledon as a junior 11 years ago, was playing his first-ever Grand Slam quarter-final – compared to his opponent’s FIFTIETH.

Djokovic looked set to record one of the fastest sets on Centre Court this year as he raced to a 5-0 lead in the opener and two set points.

But Fucsovics, with seemingly nothing to lose, surprised the planet’s best player by taking three games in a row with some power play.

Djokovic, who has slipped over a few times on Wimbledon’s most sacred court this year and did a painful-looking splits at 5-2, eventually took his sixth set point to end the fightback.

In the second set, Fucsovics played like the player who had beaten fifth seed Andrey Rublev in the last 16 and No9 Diego Schwartzman in the round before that.

But the 29-year-old’s wayward forehand proved costly on the big points and though Djokovic was not on top of his game, the five-time champ broke at 4-4 before claiming the set.

Djokovic eased through the third and final set to reach a century of tour-level victories on grass.

He now faces Andy Murray-slayer Denis Shapovalov, having surrendered only one set – to Britain’s Jack Draper – at SW19 this year. 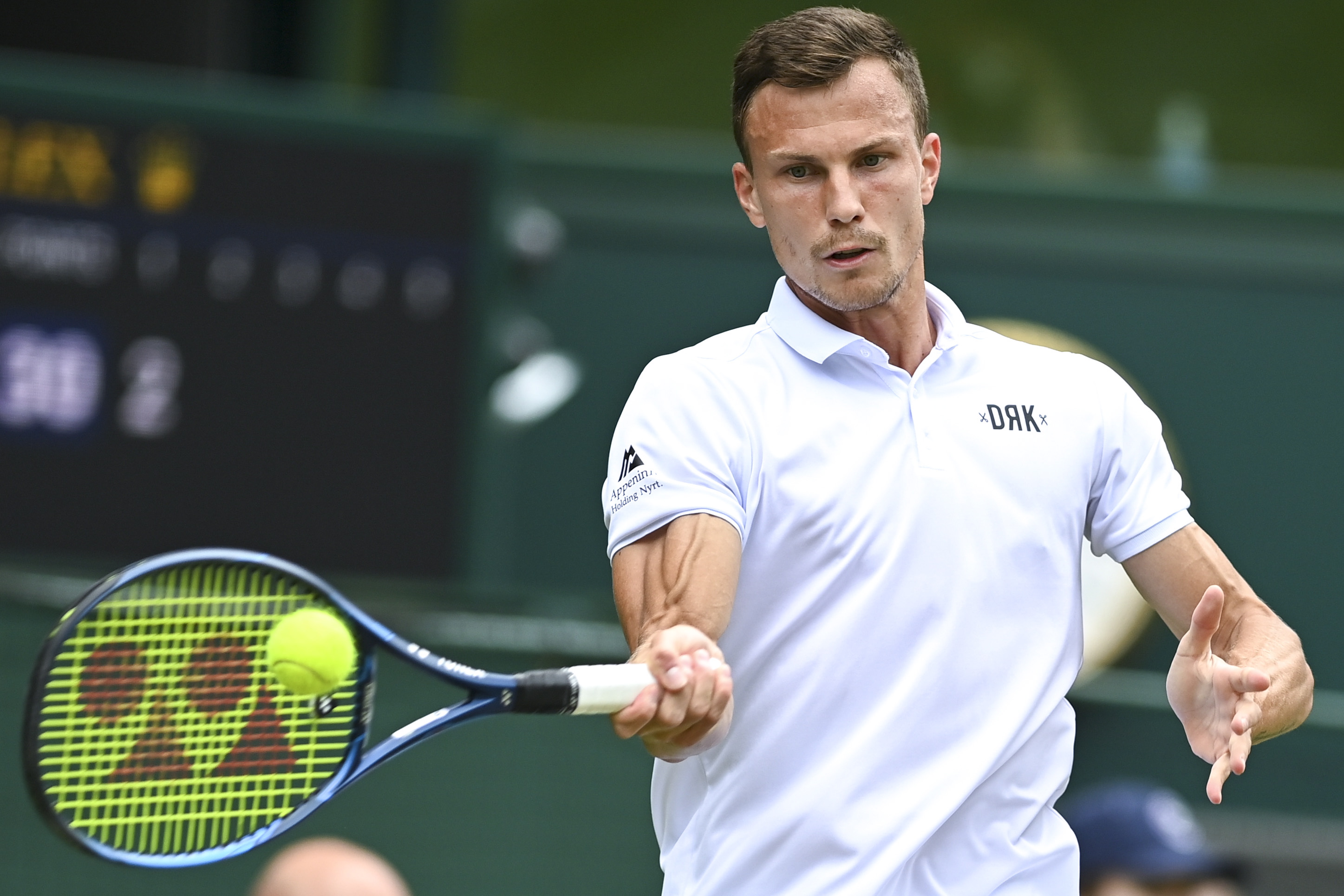 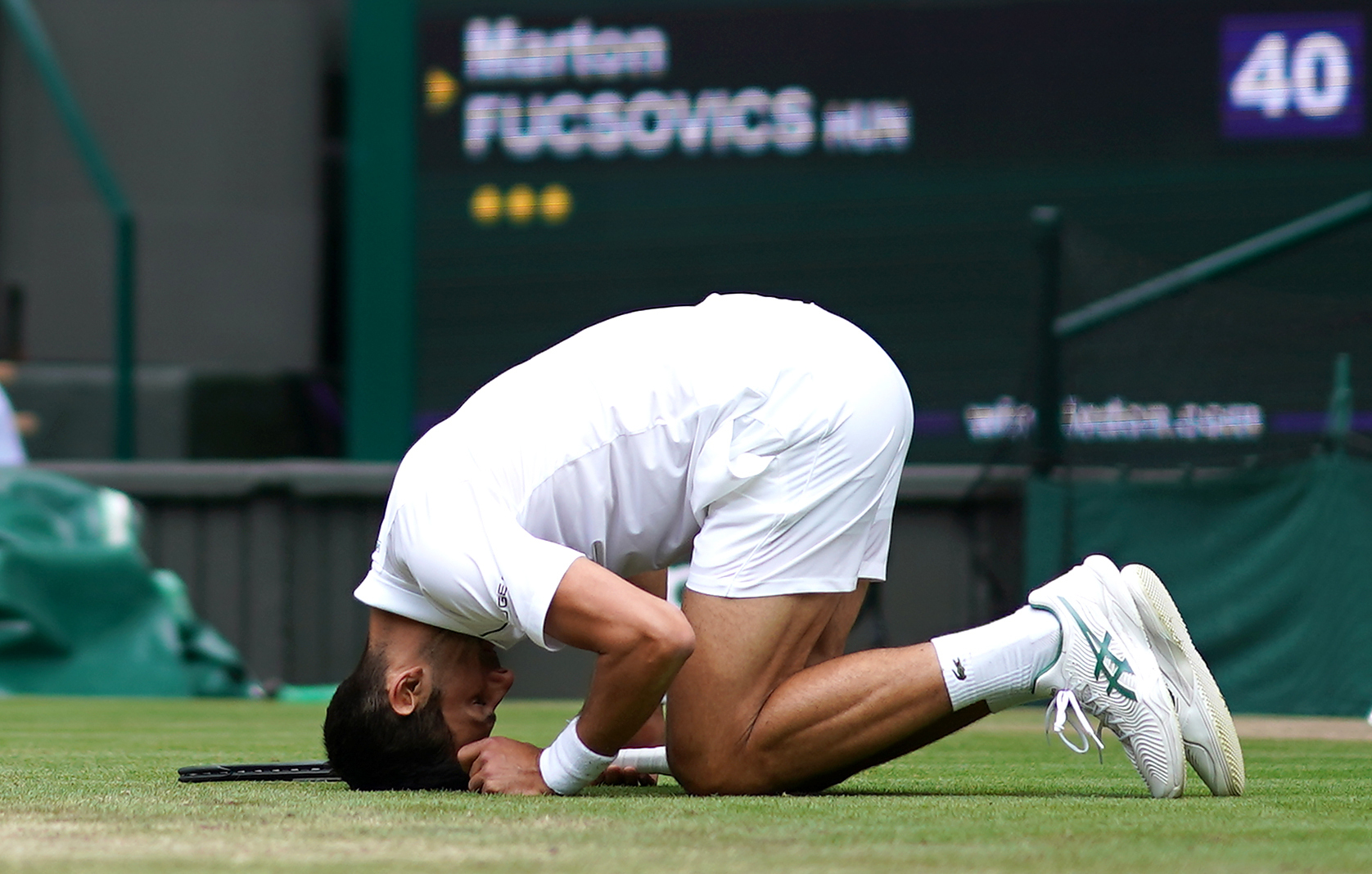 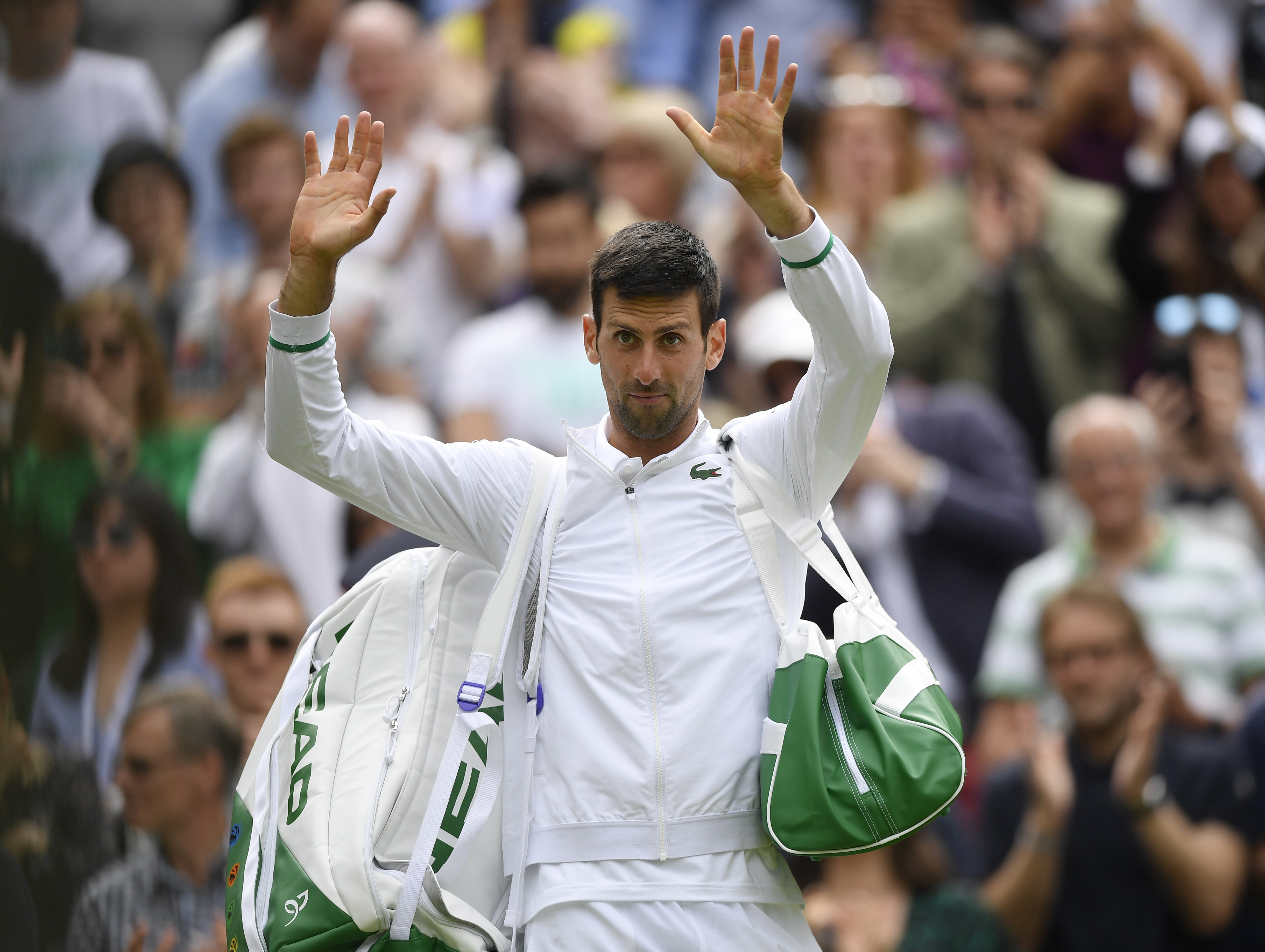