NEYMAR celebrated his new contract by scoring a penalty but it was not enough to earn ten-man Paris Saint-Germain a win in a major dent to their title challenge.

Serhou Guirassy equalised for Rennes with a header 20 minutes from time before Presnel Kimpembe saw red late as the Ligue 1 race remains out of the champions' hands. 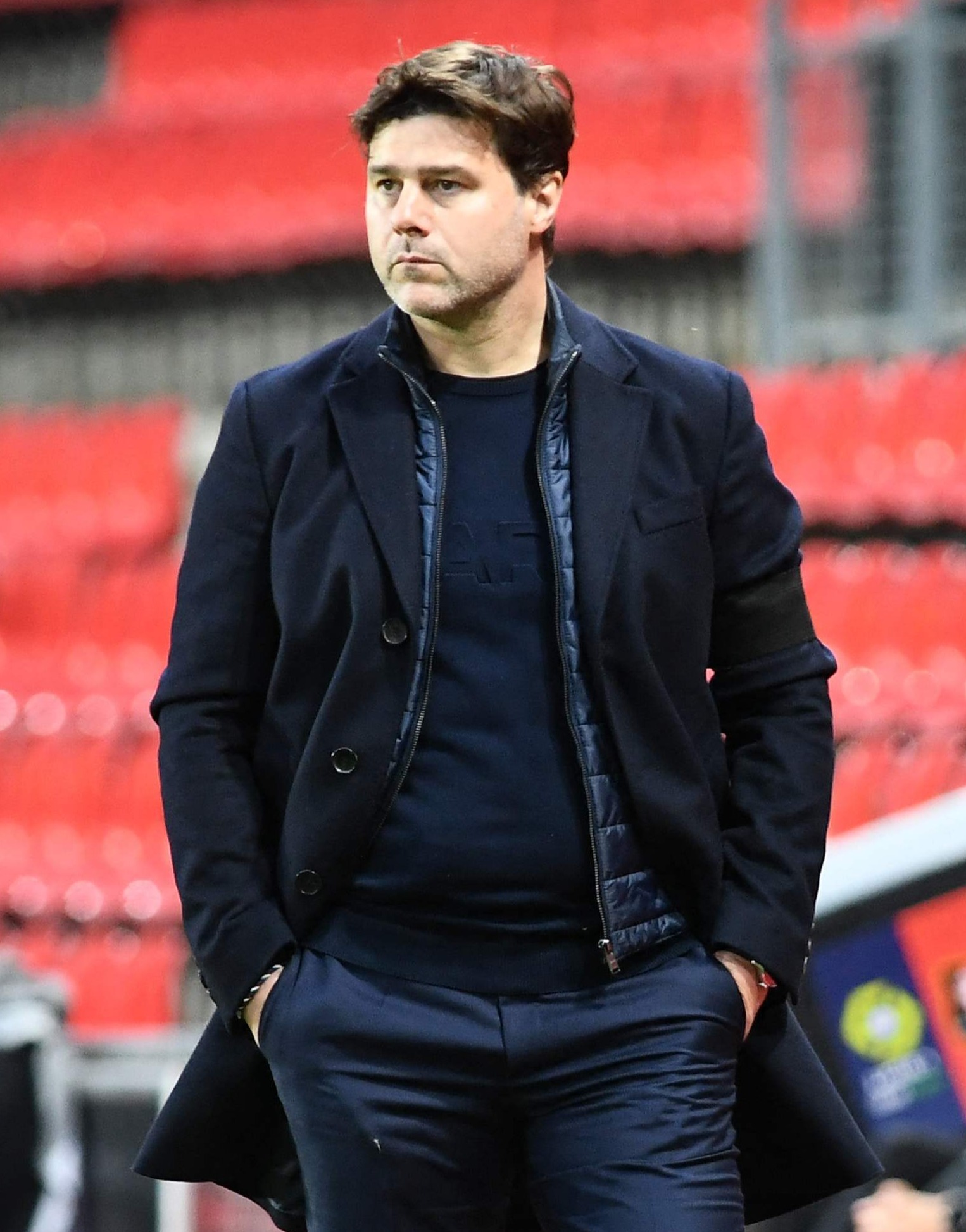 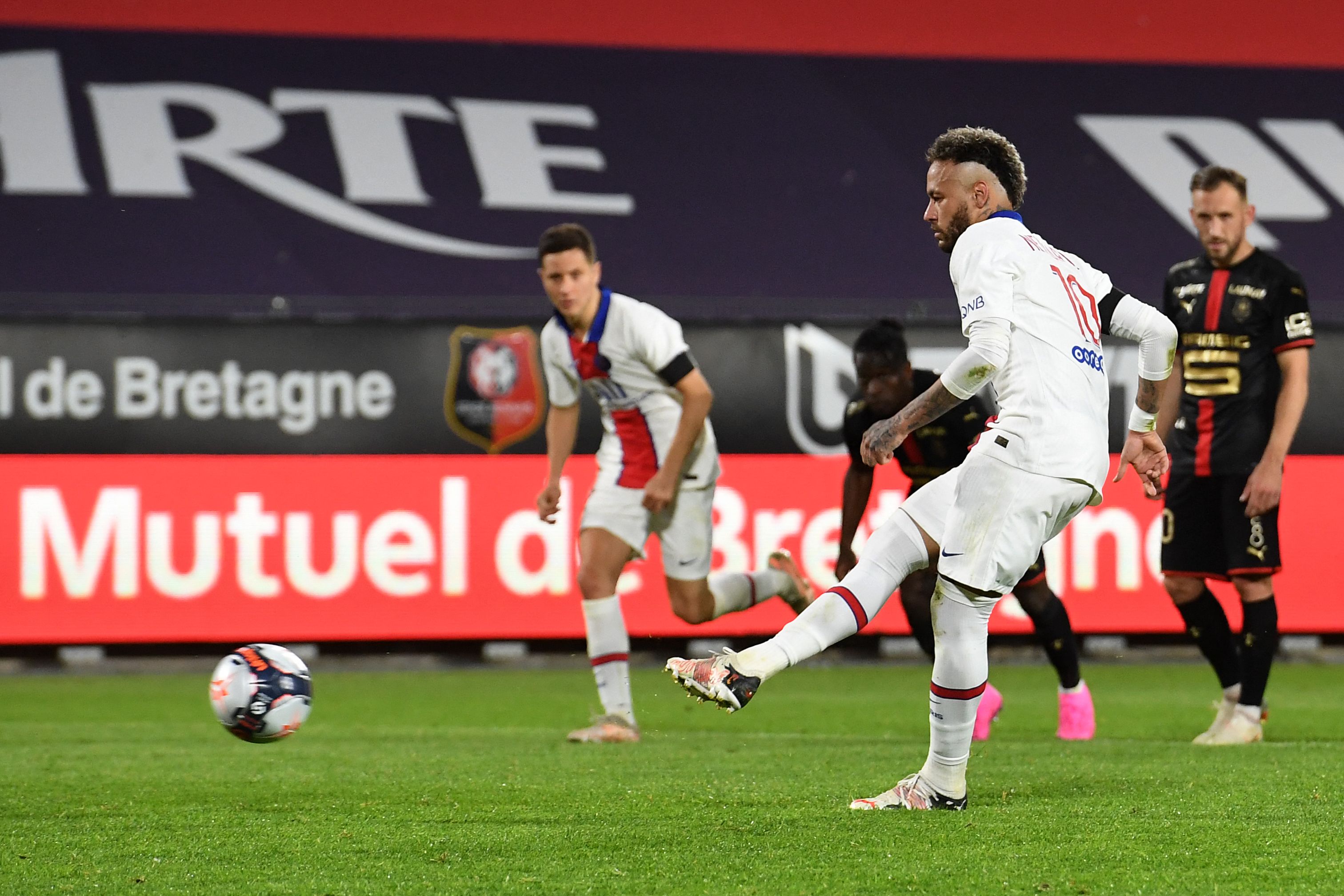 Lille thrashed RC Lens 3-0 on Friday and now need four points from their last two matches against mid-table Saint-Etienne and Angers to guarantee their first Ligue 1 title since 2011.

There was a minute's silence in memory of former PSG and Rennes goalkeeper Christophe Revault, who died earlier this week at the age of 49.

PSG threatened early on through Ander Herrera and Neymar, but Rennes were quick on the break, with Jeremy Doku proving a nightmare to handle for Layvin Kurzawa on the right wing.

The visitors were awarded a controversial penalty after a VAR review even though Nayef Aguerd made contact after Kurzawa had already fired over.

Neymar, who penned a fresh £500,000-a-week, four-year deal on Saturday, squeezed the spot-kick through Alfred Gomis in the sixth minute of first-half stoppage time.

Doku continued to torment PSG's defence after the break but the Rennes goal came from a set-piece as Guirassy thundered his header into the top corner from Benjamin Bourigeaud's corner.

Once again, just like against Manchester City, PSG lost their cool and centre-back Kimpembe was shown a straight red card for a brutal challenge on Doku on 87 minutes.

It took a superb save by Keylor Navas to deny Flavien Tait in added time to salvage a point for PSG, who are chasing a fourth successive Ligue 1 title.

But the French giants could remarkably end the season without a major trophy.

After being dumped out of the Champions League by City and reliant on Lille slipping up in the league, Poch's side travel to Montpellier in the French Cup semi-finals on Wednesday. 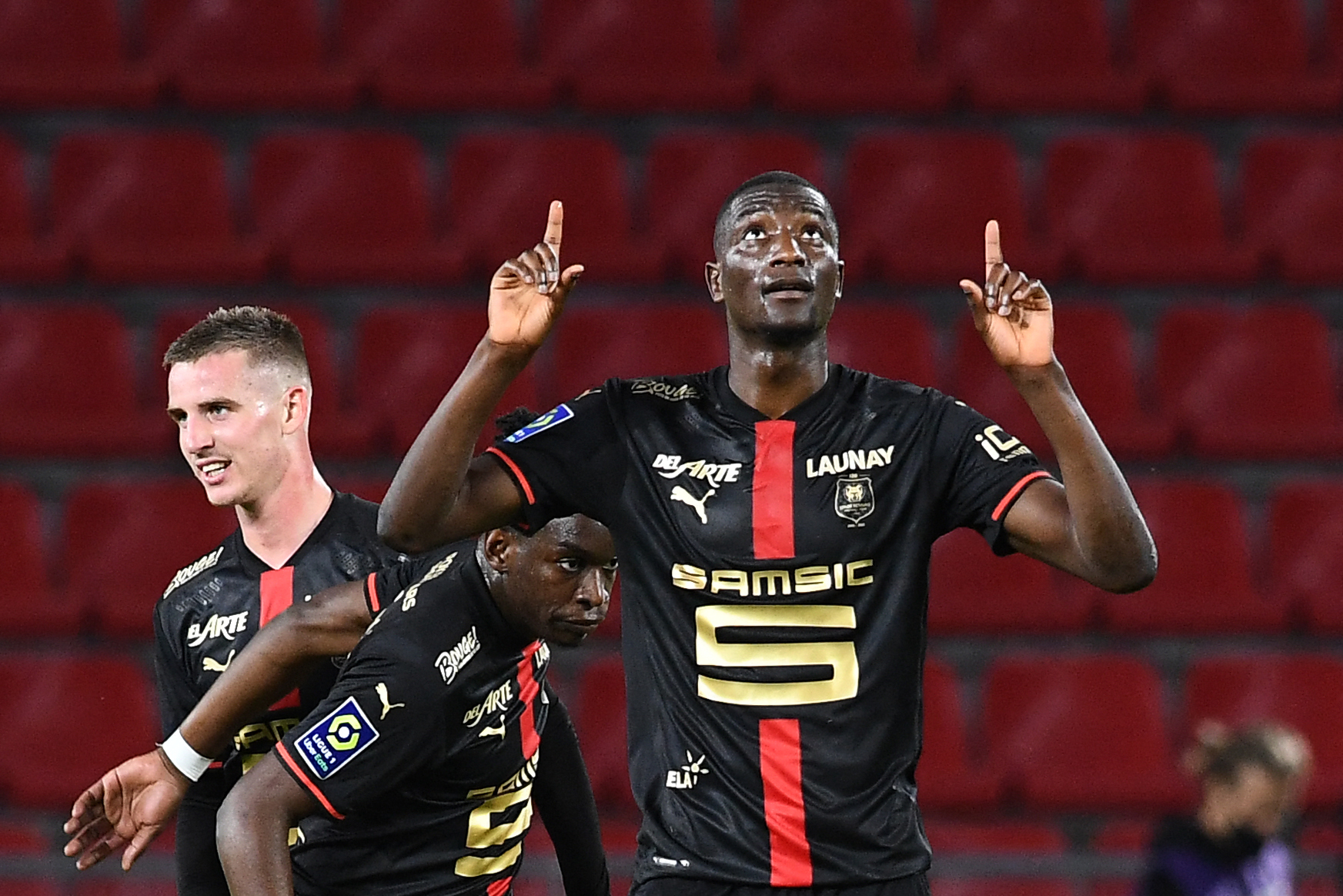 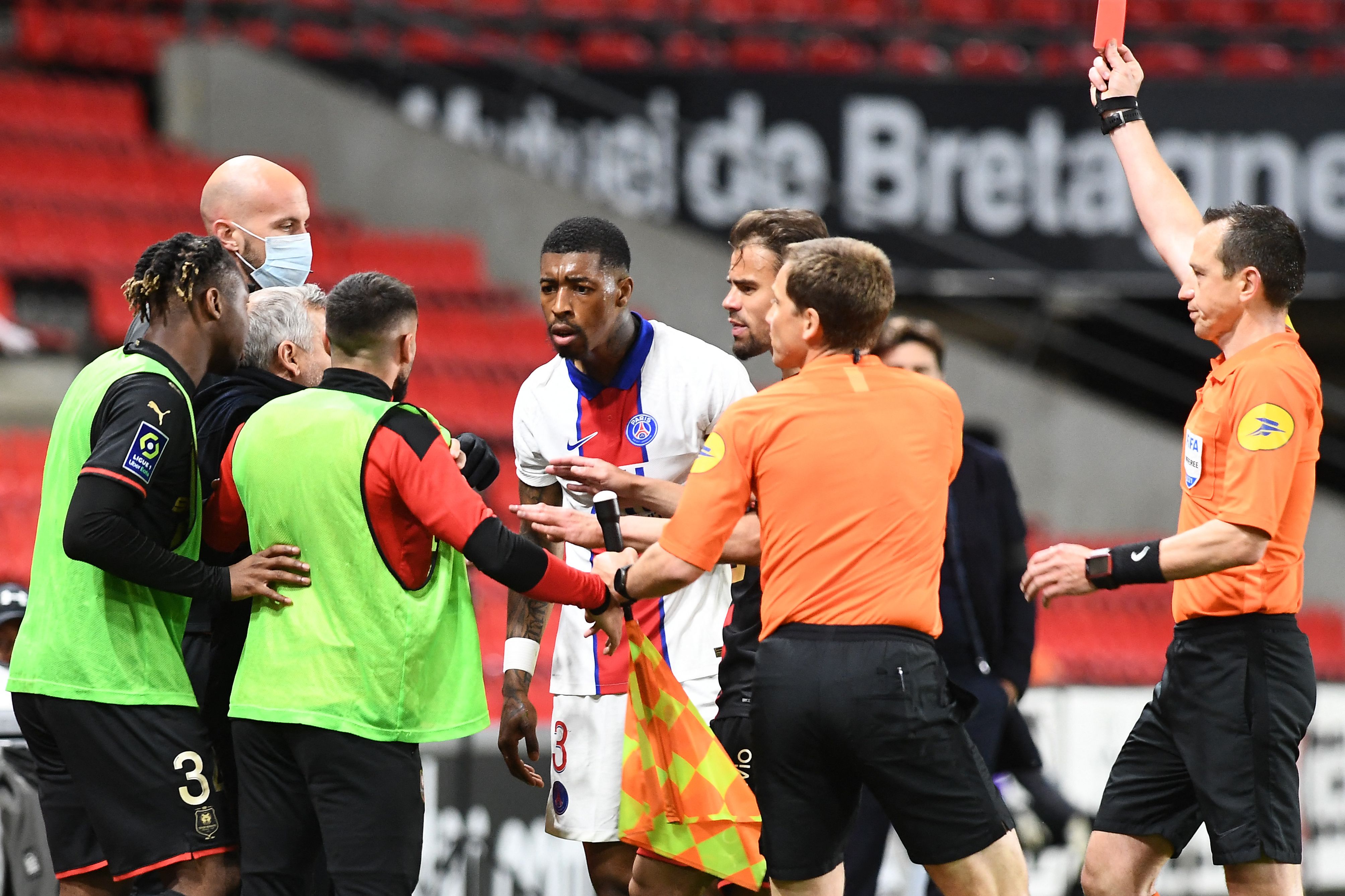