RHIAN BREWSTER’S face said it all – and that was minutes before he was harshly sent off.

The 21-year-old had just missed a great opportunity to put England’s Under-21s ahead against Andorra on Monday night when James Garner found him with a delightful cross. 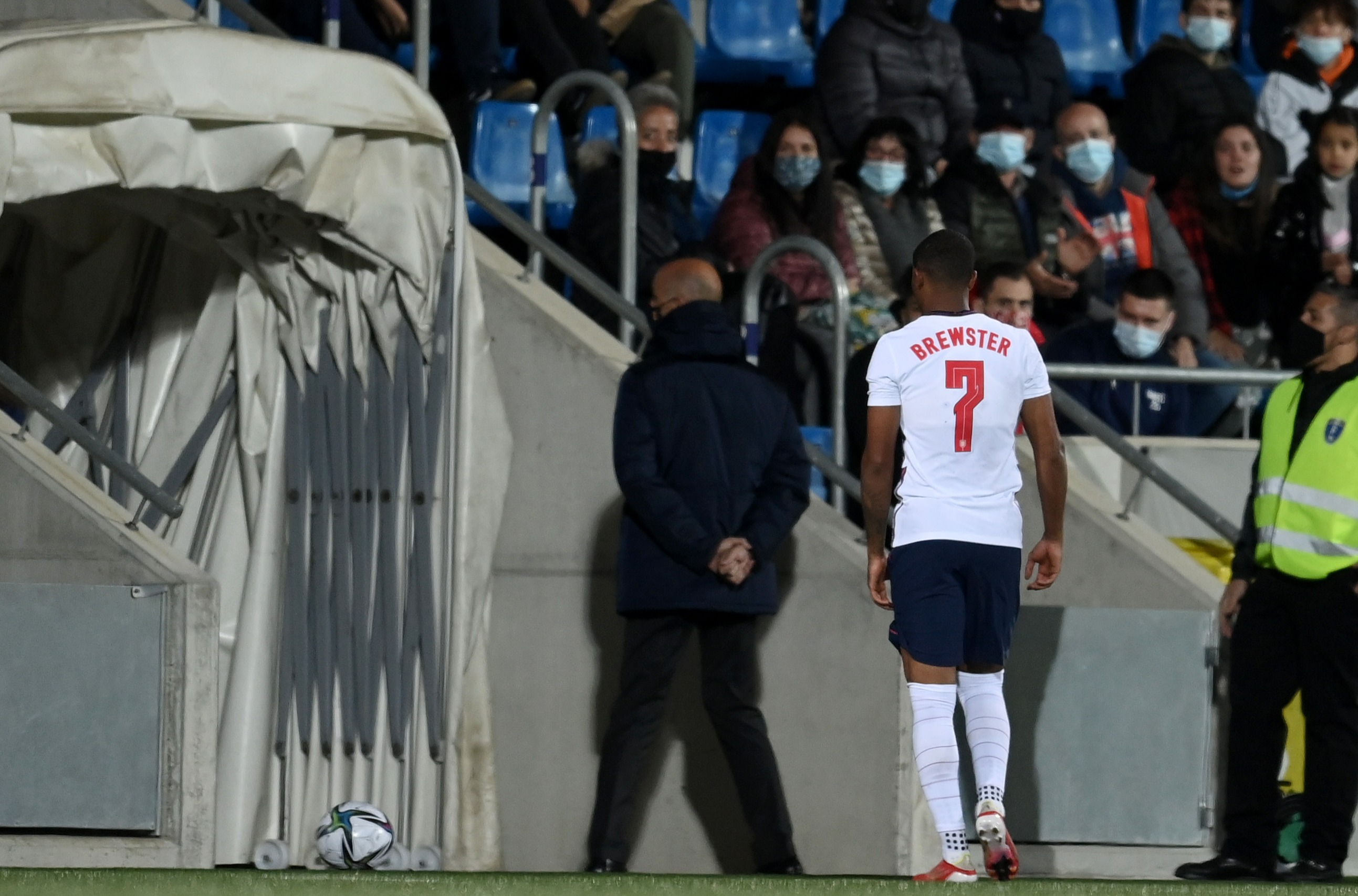 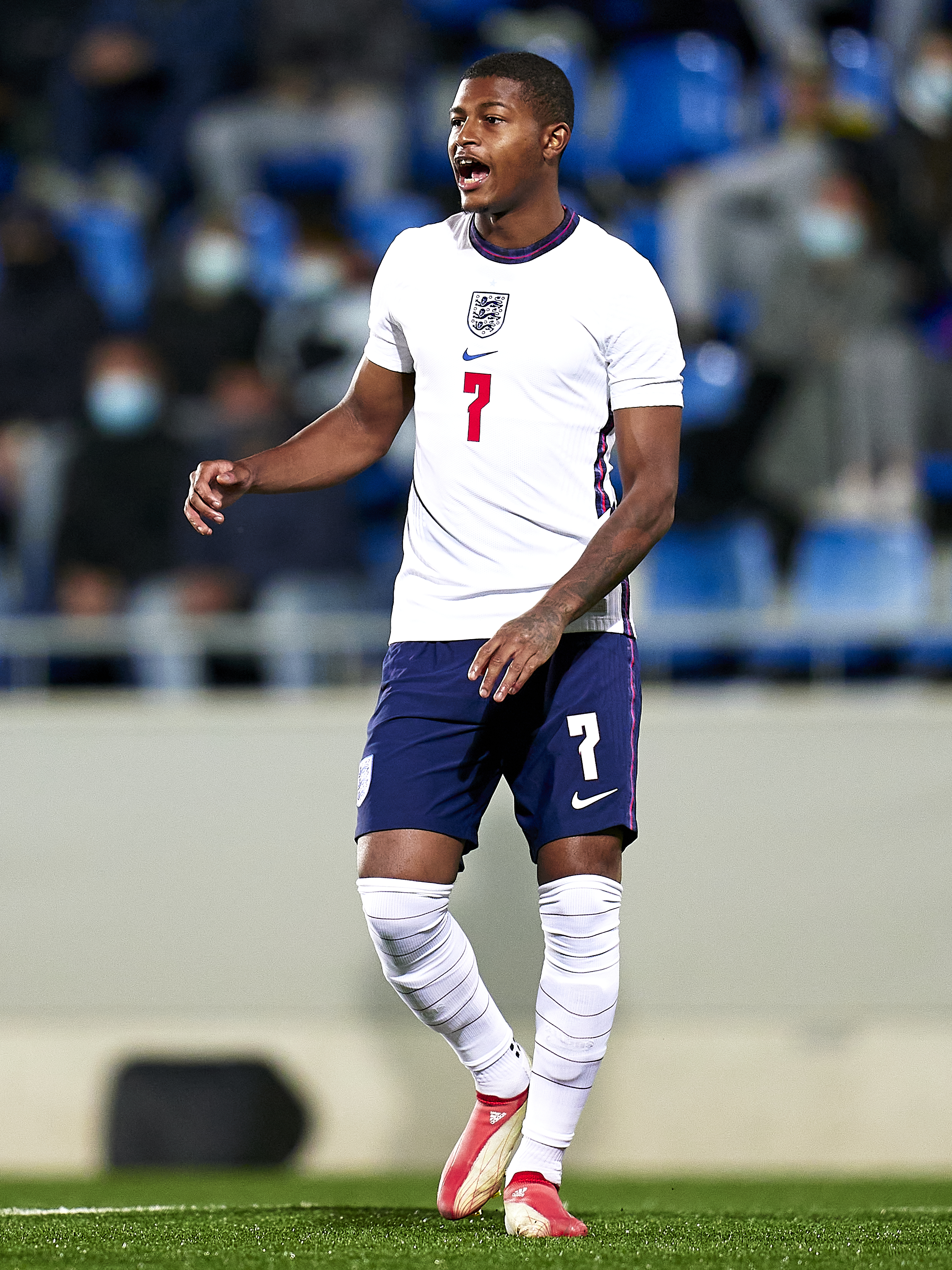 It was by no means a sitter, but one Brewster would have lapped up as a teenager when goal-scoring seemed so easy.

Yet he steered it wide, to continue an unwanted rut he has been stuck in for over a year now.

His frustration was clear, as he lay prostrate on the plastic pitch of the Estadi Nacional, eyes closed, before rolling over and reluctantly getting on with the game.

Not again, he was no doubt thinking. ‘When will my luck turn?’

As it happened, things were about to get even worse for the striker as he was issued a second yellow for an alleged elbow on Eric Vales.

Brewster was not even looking at the Andorran skipper as he focused on controlling a high ball and was rightly incensed as the red card came out.

Thankfully England won 1-0. But the night capped off an annus horribilis for a player who seems to be in danger of becoming another once-touted wonderkid who struggled to realise their suggested potential.

A member of England’s World Cup-winning Under-17 side from 2017 along with Phil Foden and Jadon Sancho, Brewster’s talent has been talked up for some time now.

Liverpool pinched him off Chelsea at 14 and nigh-on everyone at the club, from boss Jurgen Klopp to academy director Alex Inglethorpe to then-Under-18s chief Steven Gerrard, thought they had a future star coming through.

They looked to fast-track the teenager and had him working with part-time coach Steve McManaman in an individualised training programme to improve his crossing and movement.

Brewster lit up that Under-17 World Cup in India, grabbing the Golden Boot award for his eight goals which included back-to-back hat-tricks against the USA and Brazil in the quarter-finals and semi-finals, before netting the opener in the 5-2 final win over Spain. 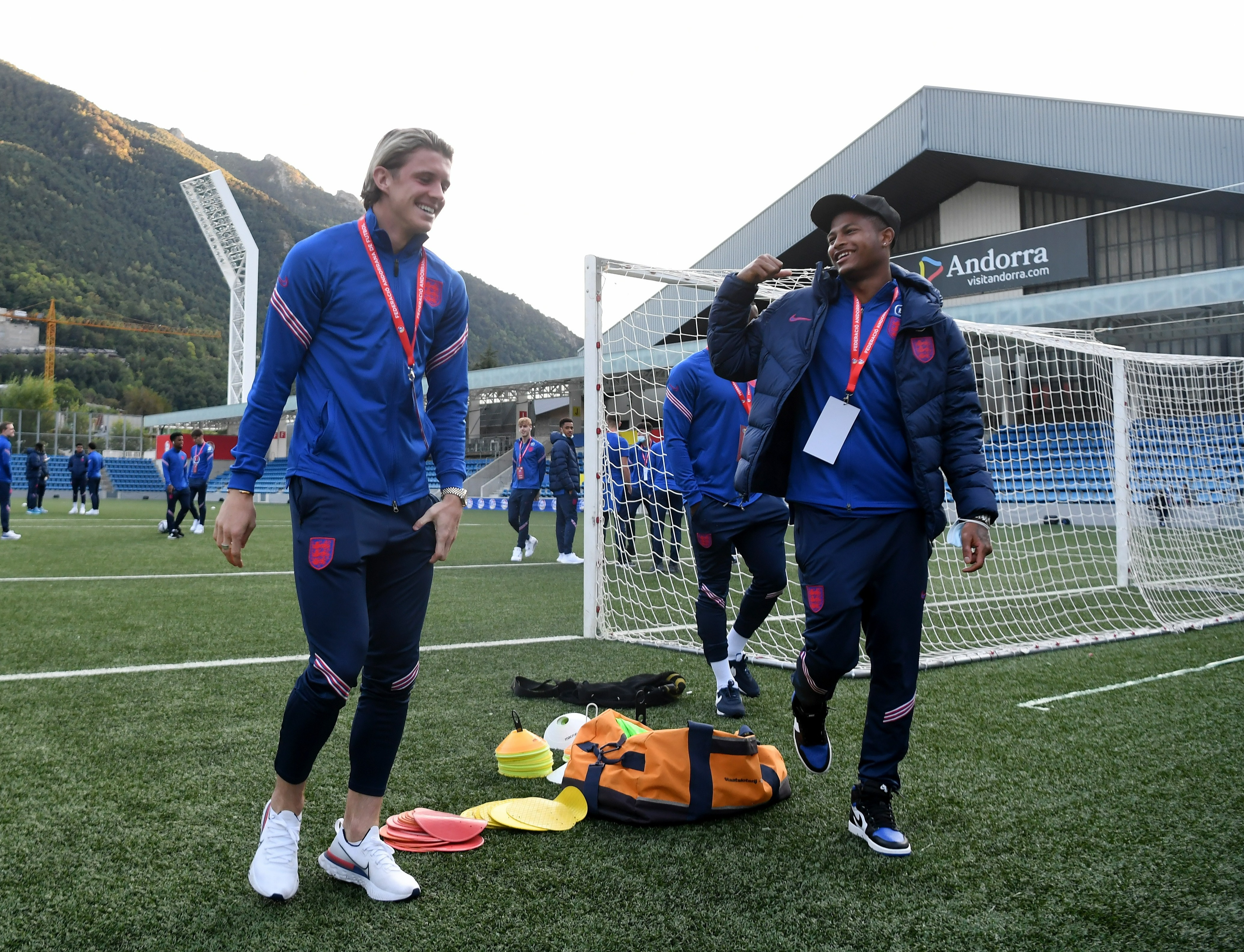 But unlike his team-mates Foden and Sancho, it has not been a straight road to success since at club level.

A bad ankle injury playing for the Under-23s against Manchester City in January 2018 kept him out for the rest of the season and required two surgeries.

He signed a five-year deal with Liverpool that summer but ended up making just four appearances for the club in the league.

An impressive loan spell in the Championship at Swansea, working under his old England youth coach Steve Cooper, in the second half of the 2019-2020 season seemed to get him back on track.

Yet when Sheffield United offered up £20million for his services a year ago, paid across four instalments, the Reds cashed in.

The Blades beat off competition from West Ham, Newcastle and Crystal Palace to land him, with a presentation explaining how he would play up top in a two-man strikeforce understood to have won him over.

It seemed a smart move at the time for Brewster, given that United had finished ninth in the Premier League the year before and it should offer the game-time he needed.

But it has proved to be a disaster so far, with the South Yorkshire side finishing bottom, manager Chris Wilder being sacked and Brewster still yet to net a league goal for them.

Worryingly, new boss Slavisa Jokanovic has opted to leave Brewster on the bench for their last three Championship games as he favours just one striker. 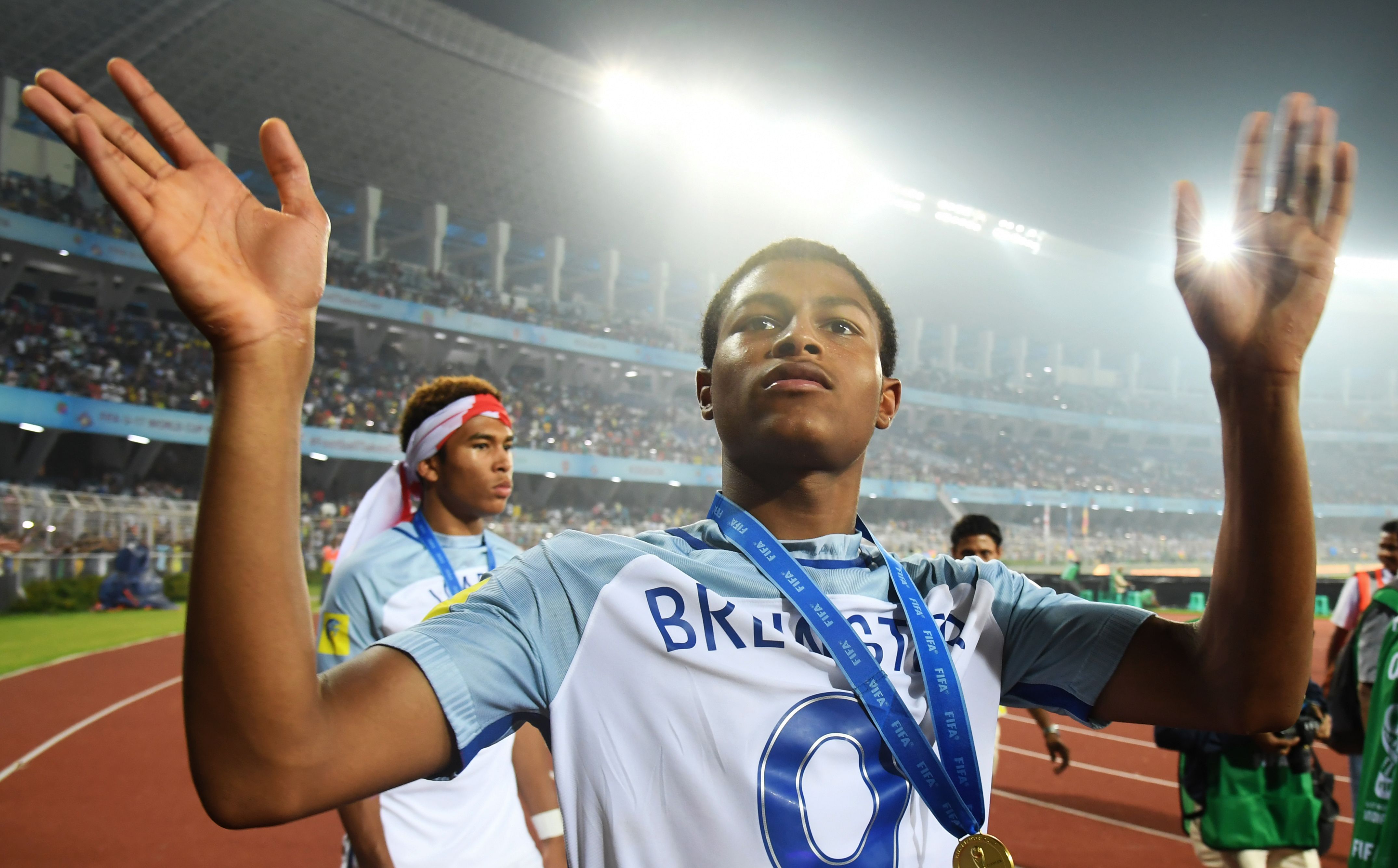 The Under-21s has been a safe haven for Brewster away from his club woes.

He has been made the main man up top by new boss Lee Carsley for this campaign, after previously playing second fiddle to Eddie Nketiah.

Brewster finally netted his first goal at Under-21 level on his 13th cap in September’s 2-0 win over Kosovo, albeit from the penalty spot.

He has shown flashes of his quality in Carsley’s three games in charge, being taken out in Thursday’s 2-2 draw in Slovenia for what would have been a penalty had Conor Gallagher not fired home seconds later.

Yet his frustrations in front of goal were apparent against Andorra and proved just how shot for confidence he is right now.

Carsley was about to sub him before he was sent off and said afterwards he wished he had made the change sooner.

But the Young Lions boss has emphasised the supportive role the national set-up has in a player’s development, particularly those like Brewster who are struggling.

Carsley said: “It’s important that the players know we’re here to support them. Rhian will definitely be in the next squad.

“He can’t play in the qualifier (against the Czech Republic, due to suspension) but he can play against Georgia in the friendly and he needs to.

“We have a lot of chats. He’s always getting on really well with (assistants) Joleon (Lescott) and Ashley (Cole).

“We’re here to support him. We believe in him. I think he will score goals. Given the opportunity, he’ll have a great career.”

Carsley has been urging Brewster to show a more selfish streak when it comes to goal-scoring and to demand more of his team-mates to feed him the ball earlier.

What gives Brewster’s fans great hope is his character assessment from people across football.

He is known to have a great attitude, to be a willing worker who is popular with his team-mates and who just wants to play. 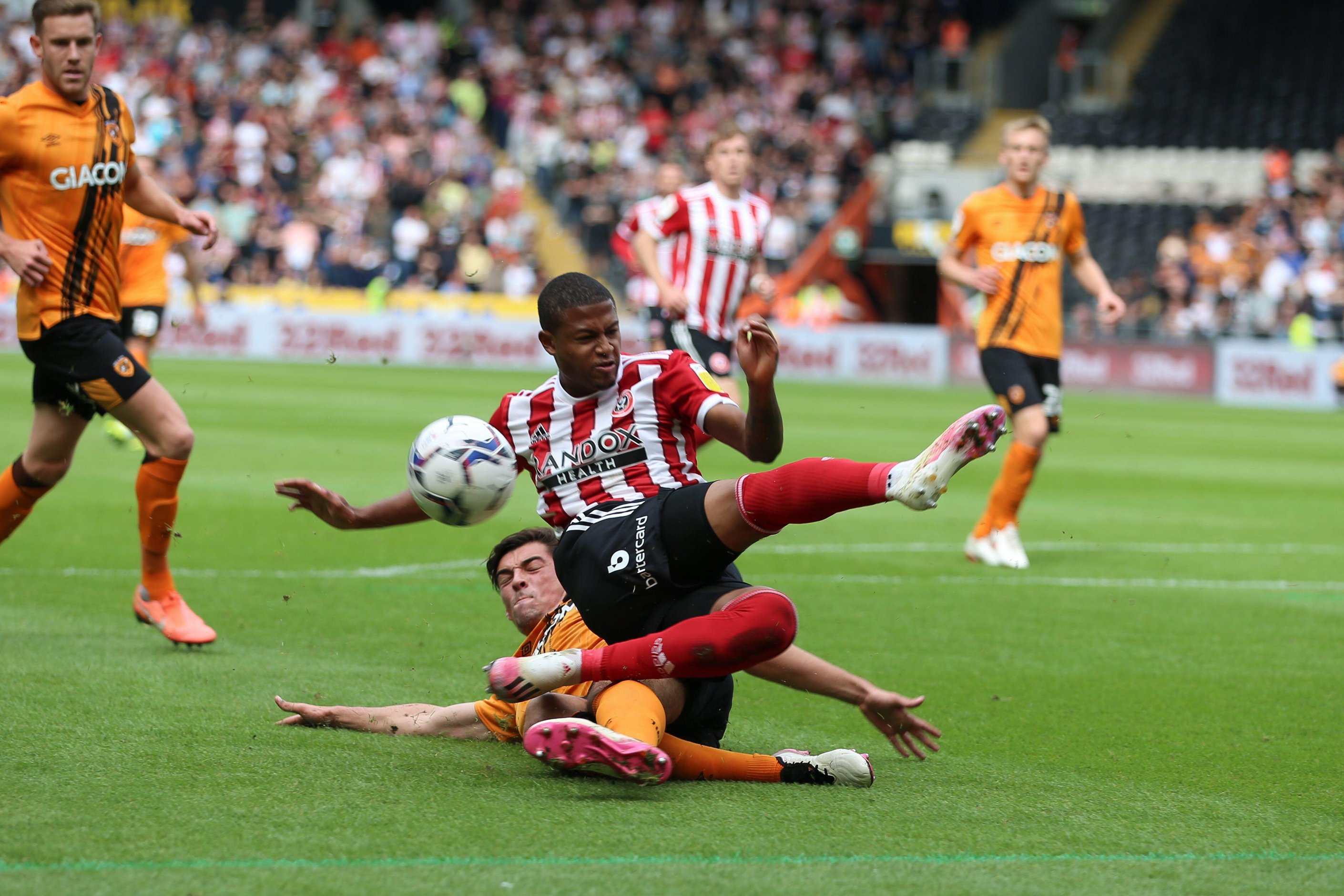 Brewster is often unfairly seen as the personification of Sheffield United’s downfall in the last year.

But those within the club cite the underperformance of his experienced team-mates rather than a 20-year-old coming in a struggling side as the source of their problems.

Whether he turns his career around at Bramall Lane or needs a move to kickstart it remains to be seen.

But at 21, it is far too early to be writing off a player who has shown he can match his talent with the required work ethic. He just needs to catch a break.

As Brewster said ahead Monday’s 1-0 win over Andorra: “(A goal) can go off my toe, my knee, my shoulder, as long as it goes off the back of the net, I’m happy.

“You look back at when you were scoring goals and what you were doing at that time and what’s changed. You try to put everything in perspective.

“You try to do the same things that you were doing back then to try to help you then. For me it’s to keep working hard, keep doing the right things and it will come.

“If you keep doing the right things, then once one goes in, then it will be the next one, and the next one.”

For such a well-liked character, you hope he is right. His luck has to turn soon, surely.