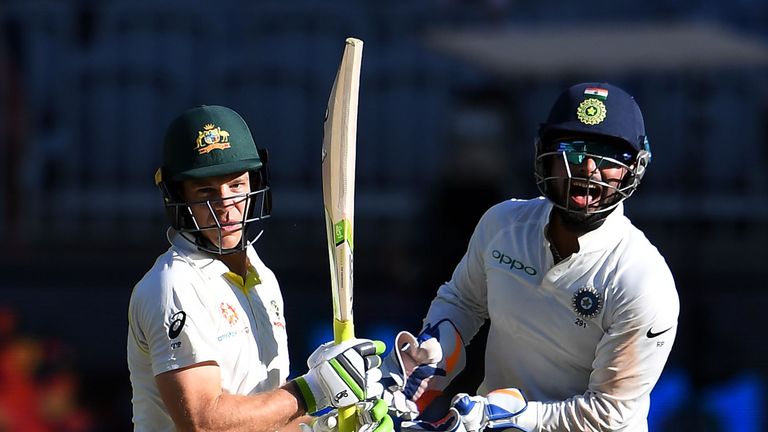 India’s Rishabh Pant was challenged to look after Australia skipper Tim Paine’s children during the Boxing Day Test – and seems to have obliged!

Paine jokingly tried to recruit fellow wicketkeeper Pant for his Hobart Hurricanes side in the Big Bash League after the 21-year-old was omitted from India’s ODI squad to face Australia later this month.

Paine praised Hobart, suggesting Pant could get an apartment on the waterfront, and then said: “Can you babysit? (Can I) take the wife to the movies one night, you can look after the kids?”

Paine’s wife, Bonnie, has now posted an image of Pant, herself and her children on her Instagram story with the caption “best babysitter”.

Tim Paine to @RishabPant777 at Boxing Day Test: "You babysit? I'll take the wife to the movies one night, you'll look after the kids?"

India lead the four-Test series against Australia 2-1 after winning last week’s match in Melbourne by 137 runs.

Virat Kohli’s team will now secure a maiden Test series win in Australia if they avoid defeat in the final Test in Sydney, which starts on Wednesday.

“What we have done in these first three Tests and the way that we have been able to play is something that is very special and something that will stay with us for life,” said Kohli on New Year’s Day as he and Paine met Australia Prime Minister Scott Morrison.