YOU hardly need to be Sherlock Holmes to figure out why Jason Watson is on the verge of a first Classic win.

Raw talent catapulted the 20-year-old from unknown to top-flight jockey in the space of 18 months – and on Sunday he takes the reins on 1000 Guineas favourite Quadrilateral. 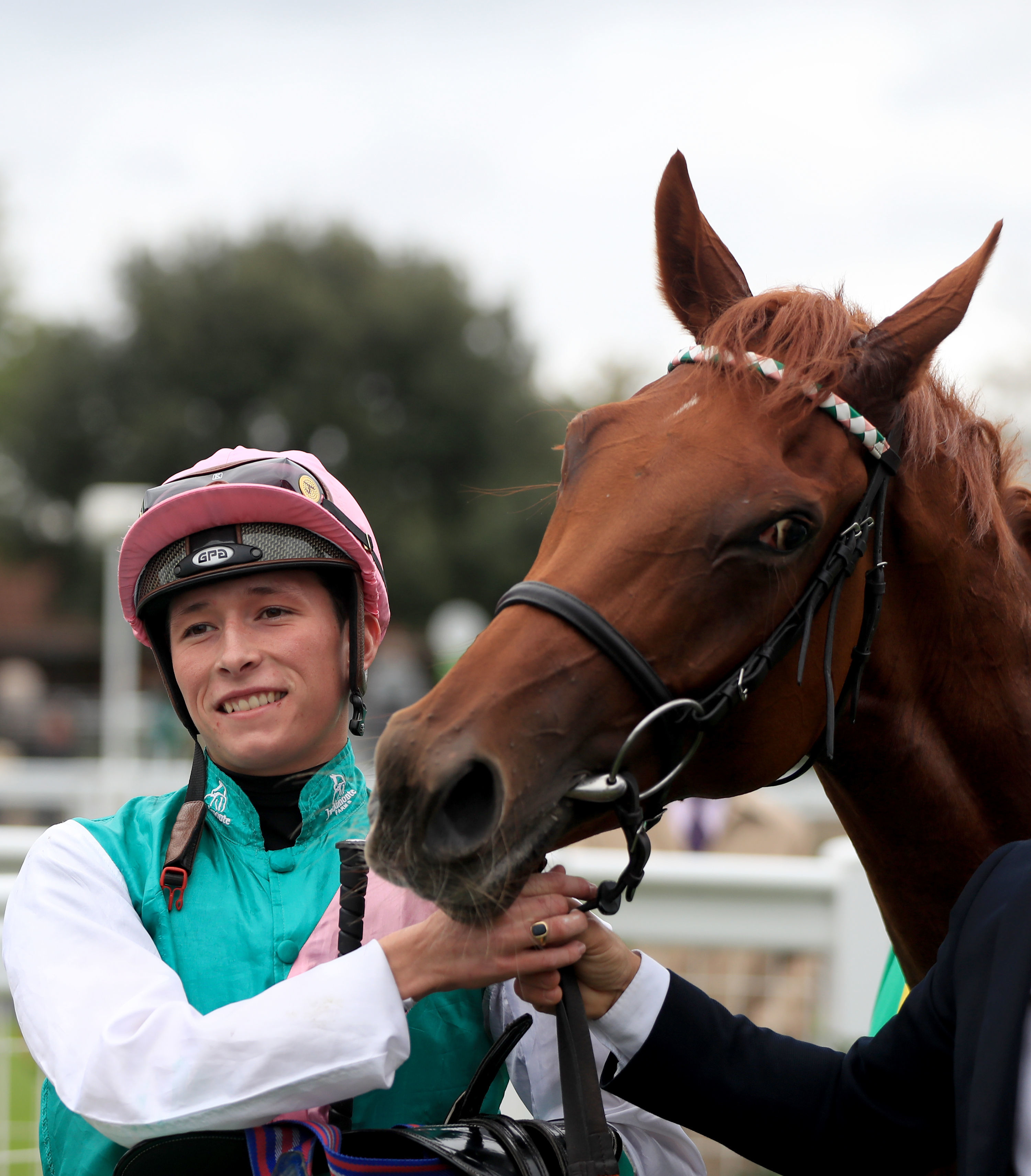 It took the legendary Frankie Dettori six years to win his first Classic, but Watson, the son of a Brighton postie, could achieve the feat in a third of the time.

It’s been a hell of a ride for the 2018 champion apprentice, and Roger Charlton’s stable jockey pinpointed a big success at Glorious Goodwood as a pivotal moment in his career.

He told Sun Racing: “I think my breakthrough moment was winning the Stewards’ Cup on Gifted Master at Goodwood.

“I'd been having some solid success at a lower level. But from then on people saw me as being useful and capable of delivering under pressure – and since then it’s been non stop.”

Useful is an understatement. In his first full season, he kicked home over 100 winners and helped provide now-retired trainer Luca Cumani with the fairytale end to an epic career.

Watson said: “I obviously had no idea I would go on to ride 111 winners in a season, I just got on an incredible roll.

“The cherry on the cake was getting the ride on God Given in the Group 1 in Italy in the autumn for Luca Cumani, who is obviously a legend of the game.

“It worked out perfectly and it was amazing to be a part of it. To ride the 50th Group 1 winner for such a prestigious trainer and to be a part of history like that was an honour.

“When it came round to Champions Day and I collected the champion apprentice trophy, it started to sink in that I’d actually achieved a lot.

“During the season you’re just in the zone and concentrating on the job. But after Ascot myself and my girlfriend had a few days away and it was great to celebrate together.”

But this game tames lions, and just two weeks after landing the high-profile Charlton job, Watson came back down to earth with a thump. Literally.

Watson said: “You don’t go into this line of work thinking you’re not going to get injured at some stage. But I was on top of the world before I had my fall at Kempton and broke vertebrae in my neck and back.

“It was a scary moment, but the thing I found most daunting was missing the start of the season as I’d just got the job with Roger Charlton and I wanted to hit the ground running.

“I was off for about three months, but I was very lucky that Roger and his owners and staff were very understanding and very welcoming and I’m very grateful to get the chance as we have a lovely team of horses.”

And one of those horses is Quadrilateral, the unbeaten daughter of superstar Frankel who preserved her unbeaten record with a gutsy win in the Fillies’ Mile in October.

She has been favourite for the 1000 Guineas ever since, and Watson can’t wait to get back aboard.

Bet £10 on the 1.50 Newmarket, Get £10 free bet for each ITV race on Saturday with Paddy Power CLAIM HERE

T&Cs: New customer offer. Place a single £10 (or £5 e/w) Sports bet in the 13:50 Newmarket on Saturday, June 6th and get a £10 free bet for each of the subsequent ITV races. Deposits using Credit/Debit cards or Apple Pay only. Free bets are only valid for the specified race and are awarded when the qualifying bet has been settled. Free bet stakes not returned with winnings. T&Cs apply.

He said: “She showed a great attitude in the Fillies Mile. Nothing really went to plan in that race, she was never really that comfortable, partly because of the pace because they went flat out, but mainly the ground. It was testing and chewed up.

“She showed how much natural ability and toughness she has. You could see that her Dad was coming through in her and she only won because of her raw ability.

“It is exciting from our point of view that she has had just three starts and won a Group 1 without fully understanding her job.

“Now she has had time to strengthen up and improve, it is scary to think about what she could do.

“She was a big filly as a two-year-old, but she hasn’t grown a great deal but she has filled out. She looks more like a colt that a filly.

“It has been frustrating for everyone not to be racing for the past couple of months, but from a selfish point of view it has probably done us a bit of a favour as it’s given us plenty of time to get ours ready.

“I can’t explain how much it would mean to win a Classic. Some jockeys wait a lifetime to have a chance like this, and it never comes for a lot of them.

“To be involved, and on the favourite, is great. To win it would be out of this world.”