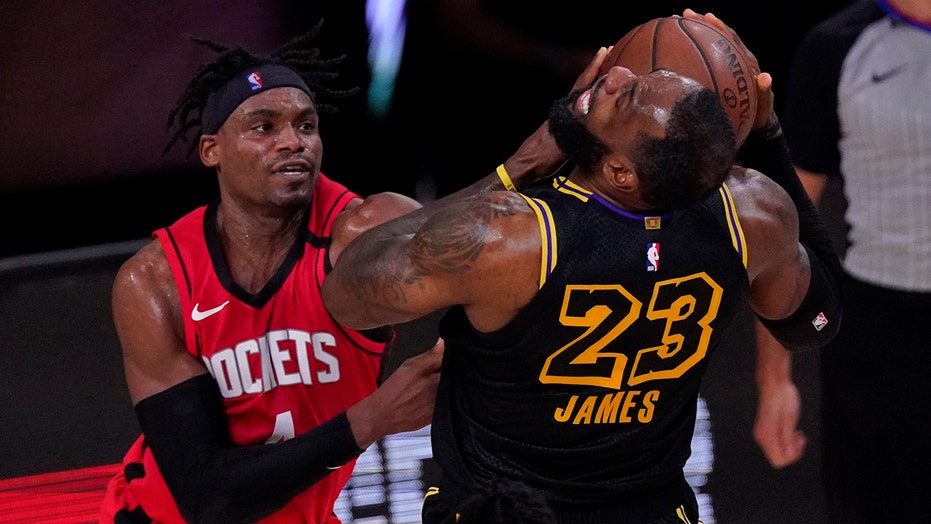 Houston Rockets forward Danuel House Jr. was being investigated by the NBA after he allegedly snuck a coronavirus testing official into his hotel room, breaking the isolation zone created to protect players and staff amid the coronavirus, according to multiple reports.

The official entered the Rockets’ team hotel in Orlando, Fla., on Monday night and passed through security checkpoints before being flagged, The Athletic reported. She reportedly left Tuesday and data received by the NBA implicated House and his teammate Tyson Chandler.

According to the reports, the woman didn’t implicate House and claimed she had contact with Chandler and another player not named House.

The Rockets reportedly had to quarantine on Tuesday. The Athletic reported that there was no video connecting House and the woman, just the possibility of a door opening matching a timeline. The NBA reportedly told House there was circumstantial evidence pointing to him.

House has denied any interactions, according to The Athletic. He missed Game 3 against the Los Angeles Lakers and is set to be out for Thursday’s Game 4. Chandler was reportedly cleared in the league’s investigation and is not listed on any injury reports for Game 4. Chandler missed Game 3 for “personal reasons.”

The Rockets are staying at the Grand Floridian Resort at Walt Disney World and are the last team in the building, according to Yahoo Sports. The team undergoes daily testing.

House is averaging 11.4 points per game.