ROY KEANE watched Salford with old Manchester United team-mates Gary Neville and Paul Scholes… but will not have been impressed as they threw away a 2-0 lead.

The trio of Old Trafford legends were watching the League Two clash at the Peninsula Stadium as Tranmere scored twice in the last five minutes to grab a point. 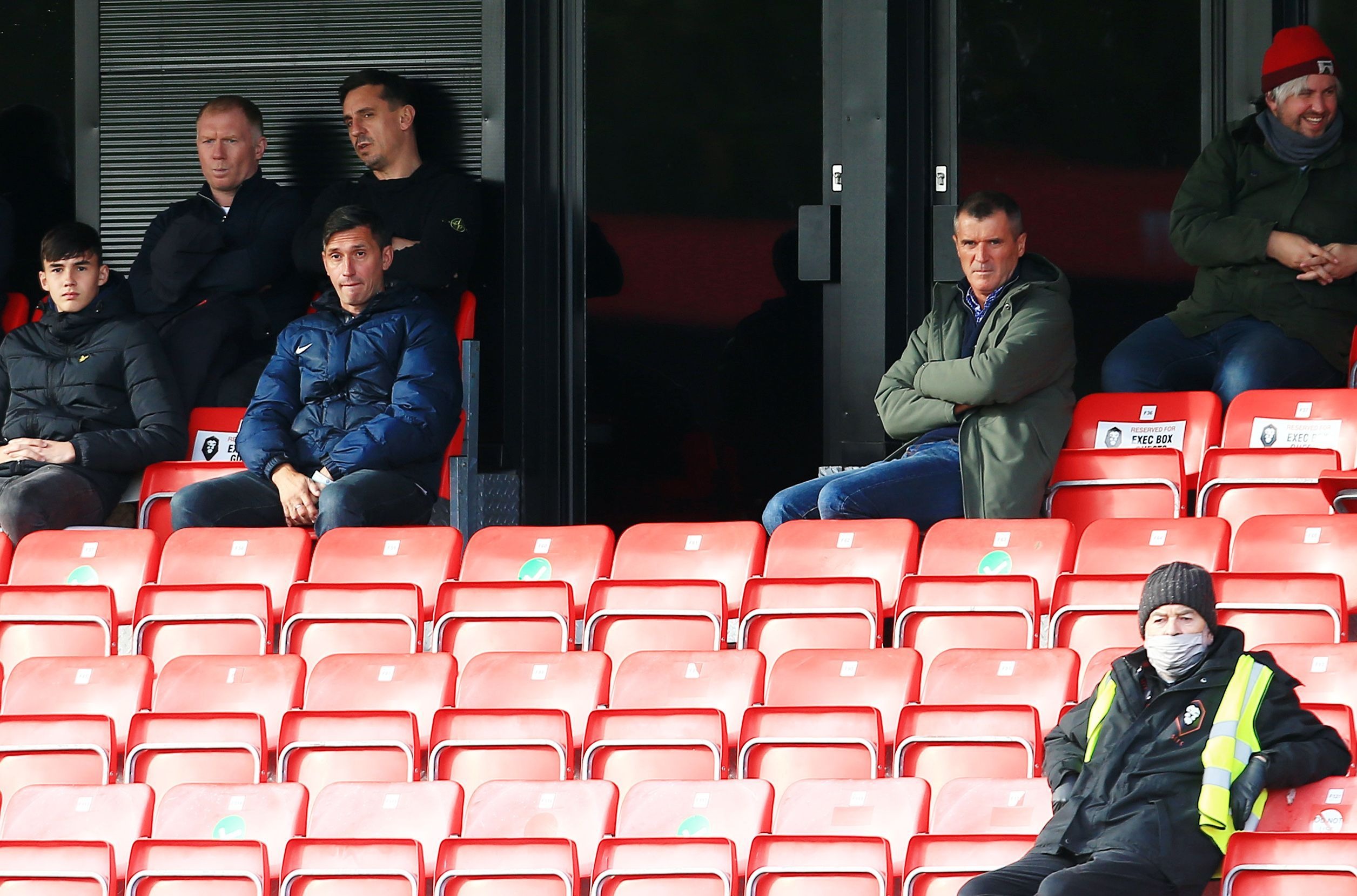 And, judging by the distance between them, Neville and Scholes may have fearing so cutting analysis from the famously-grumpy pundit.

In reality the United icons seemed to be sensibly practicing social distancing.

Keane was sat alone on the end of a row while Neville and Scholes stood together the other side of an aisle.

Salford exploded out the blocks and went 2-0 up inside 20 minutes thanks to goals from Richie Towell and James Wilson.

But their hearts were broken late on as Tranmere rescued a point in dramatic fashion.

Kieron Morris struck in the 86th minute to give Rovers hope before Paul Lewis grabbed the equaliser in the 93rd minute.

United's former captain was furious after the 6-1 home defeat and ranted they will cost Ole Gunnar Solskjaer his job.

Elsewhere, Neville lashed out at the Premier League for their decision to charge £14.95 for games.

He tweeted: "This is a really bad move by the @premierleague to charge £14.95 for single matches that have been shown free for 6 months!"

The Sky Sports pundit also poked fun Liverpool with a witty social media post after they were humiliated 7-2 at Aston Villa.

Neville uploaded a picture of himself with a glass of red wine and a huge grin on his face.