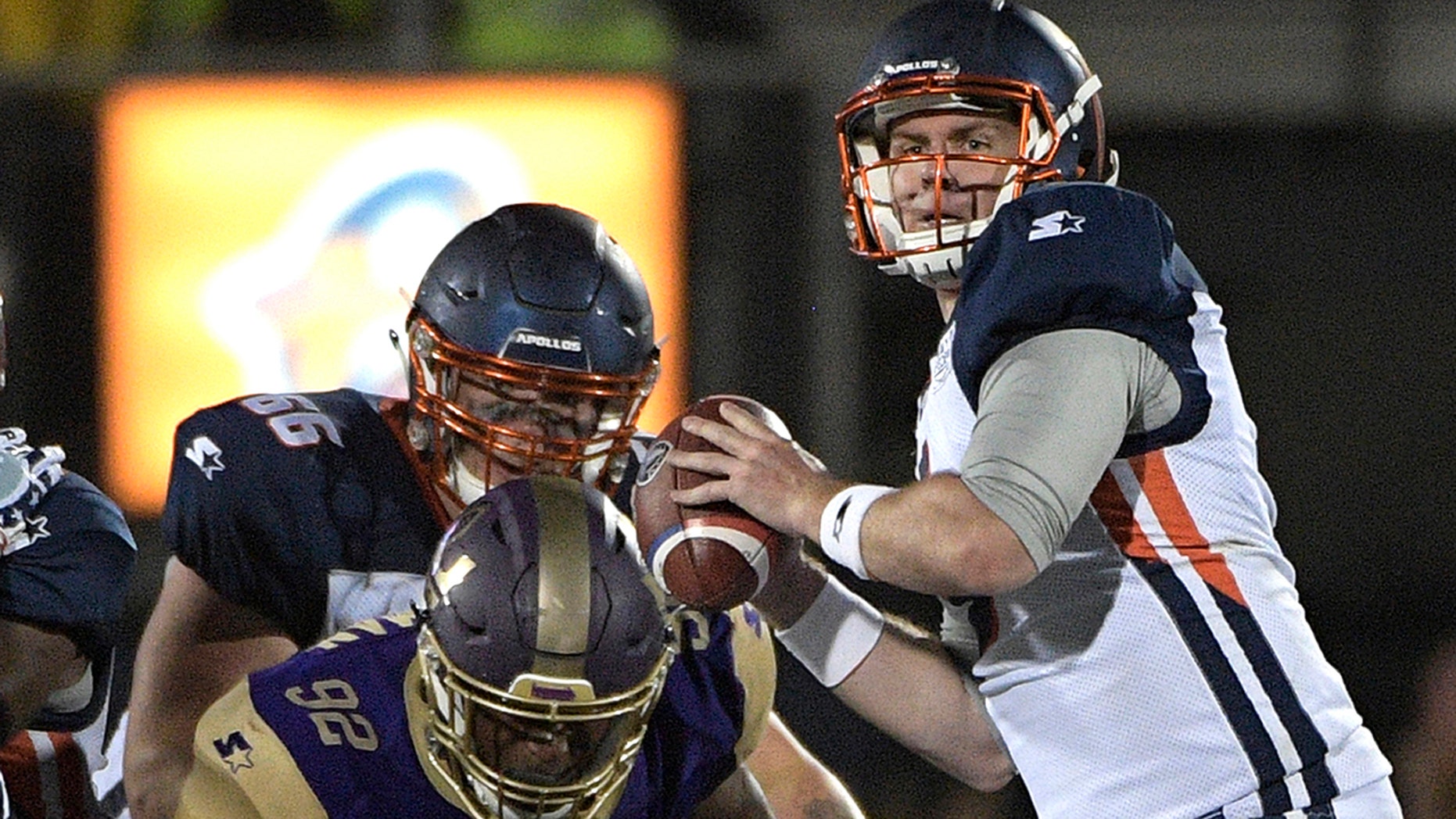 Orlando Apollos quarterback Garrett Gilbert, right, sets up to throw a pass in front of Atlanta Legends linebacker KeShun Freeman (92) during the first half of an Alliance of American Football game Saturday, Feb. 9, 2019, in Orlando, Fla. (Associated Press)

The San Antonio Commanders defeated the San Diego Fleet, 15-6, at San Antonio, while the Orlando Apollos trounced the Atlanta Legends, 40-6, in the rain in Orlando.

Two more games are scheduled for Sunday: the Birmingham Iron hosting the Memphis Express and the Arizona Hotshots hosting the Salt Lake Stallions.

The league features a few differences from the NFL: There are no kickoffs, with teams just starting from the 25-yard line after a coin flip.

BILL BENNETT: IN DEFENSE OF FOOTBALL

"The players got used to it very quickly," league consultant Mike Pereira, the NFL’s former vice president of officiating, told the Associated Press.  "It's a bit of a timesaver. Our goal is to play in two-and-a-half hours."

In addition, each officiating crew includes a ninth member called a SkyJudge, who can instantly correct "obvious and egregious" officiating errors, like the one that marred the NFC Championship Game. 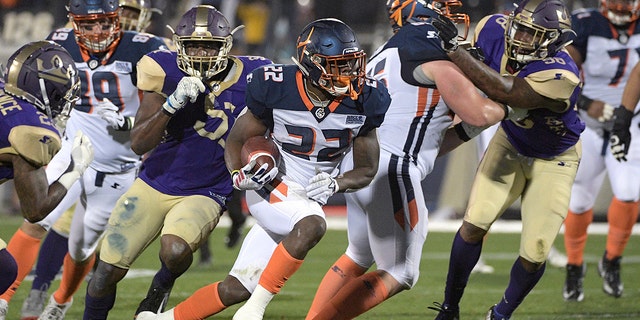 While many of the league’s players are unknown to most fans, some of its coaches and executives are well known either from their NFL days or from college football.

For example, Orlando’s head coach is Steve Spurrier, a former NFL quarterback who coached at the University of Florida from 1990 to 2001, winning a national title in 1996.

Salt Lake’s coach is Dennis Erickson, who won national titles with the University of Miami in 1989 and 1991.

And the Memphis coach is Mike Singletary, who is best known as a former linebacker with the Chicago Bears.

Ebersol said recently that the league isn’t looking to directly compete against the NFL.

“We're not competitive, we're complementary," Ebersol said. "We look at the NFL as, we're going to support your existence, let them play in your league, put content on your network. They're a partner. The goal is to improve and support the ecosystem of football.”

The new league is getting a one-year head start on what will likely be its biggest competitor: wrestling promoter Vince McMahon's revived XFL, which is set to begin play in 2020.