SAN BENEDETO (11-1) wound back the years with an emphatic success in the Greatwood Gold Cup.

Nick Scholfield, making a rare appearance for the Paul Nicholls yard, timed his challenge to perfection on the former Grade 1 winner. 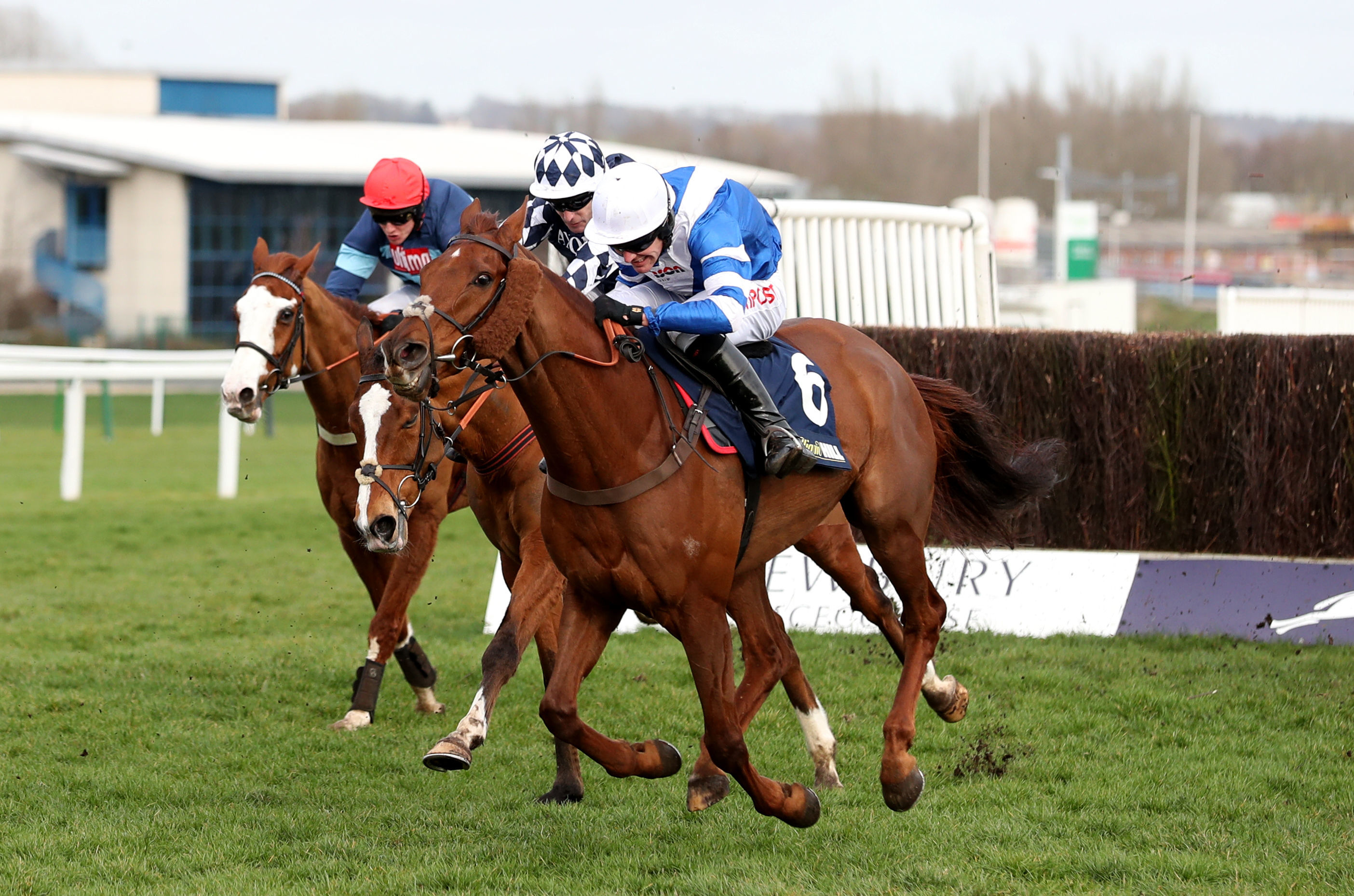 Held up in midfield, the eight-year-old raced with his usual zest – but unlike his recent efforts, he found plenty at the close to hold off Gala Ball.

Valdez, who can count himself unlucky after being hampered by a loose horse, finished well for third, with the well-punted Javert filling out the places in fourth.

Nicholls said: “That was good.

“Nick’s won on him before at Aintree. He’s had a bit of a tough time of late with injury – it was his first winner back.

“He’s run ordinary all season so we just changed things a bit with him, kept him fresh and this was the perfect race for him.

“He’s in some good races but sometimes horses like him, on the fringe of graded races, are better off in handicaps.

“He’s not entered at Cheltenham. Hopefully we’ll head off to Aintree now for the Topham. It’s a race that should really suit him.”

It was a mixed day for Nicholls, who earlier this week reached 100 winners for the season.

Black Corton, making the long journey up to Kelso, was sent off a warm order for the Listed Premier Chase but could only finish second after making some uncharacteristic errors.

Bryony Frost tried to work her magic but her mount was unable to reel in the lower-rated Blue Flight, who collected the prize at 7-1.

Despite being sent off a well-backed 8-13f, the Challow Hurdle also-ran looked out of sorts and eventually finished unplaced.

Danse Idol, who was also sent off a short price to win a mares' Listed race at Doncaster, had to play second fiddle to Oliver Sherwood's Papagana, who ran out an impressive victor at 9-4.