Dame Sarah Storey hailed her absent young family as the “biggest motivation” after kick-starting her mission to become Britain’s most successful Paralympian by storming to her country’s first gold of the Tokyo Games.

Cyclist Storey smashed her own C5 3000m individual pursuit world record in qualifying by more than four seconds before mercilessly hunting down compatriot Crystal Lane-Wright in a one-sided repeat of the Rio 2016 final.

Wednesday’s breathtaking victory inside an empty Izu Velodrome moved the relentless 43-year-old on to 15 career golds – one behind behind British record holder Mike Kenny – with two road events to come next week.

Storey was visibly emotional following a familiar trip to the top of the podium as she contemplated husband Barney, eight-year-old daughter Louisa, three-year-old son Charlie and her parents being back home because of coronavirus restrictions.

She highlighted the ongoing sacrifices made by those closest to her, while holding back tears as she spoke of the challenges of balancing elite sport with attempting to be the “best mum in the world”.

“It’s hugely difficult. It is really, really hard,” she said.

“I FaceTimed them last night. You know they are the biggest motivation. It is harder now because you can’t see them and share it with them, and all of the things they put up with.

“They came into a bubble with me (in England) to enable me to do this.

“Your own personal targets are nothing to shy away from. If you want to do things and can have the right support to do them, it’s possible.

“But equally you also want to be the best mum in the world and that is why not having them here makes it so hard.

“I am only an athlete for a few hours a day. You’re a mum 24/7. That is why leaving them and not having him here, not being able to pick them up when they have wobbles…they are picking me up probably more than I am them, which doesn’t feel like it is the right way round.

“I feel hugely grateful that they have given me this opportunity and it was their decision that I came without them. I gave them a choice.”

The decision was effectively made by a ban on family and friends travelling to the behind-closed-doors Games.

Storey arrived in the Japanese capital without having raced on the track since January 2020.

She displayed no signs of rustiness, posting an astonishing initial time of 3:27.057, which would have been good enough for gold when the event was last contested at the Olympics in 2008. 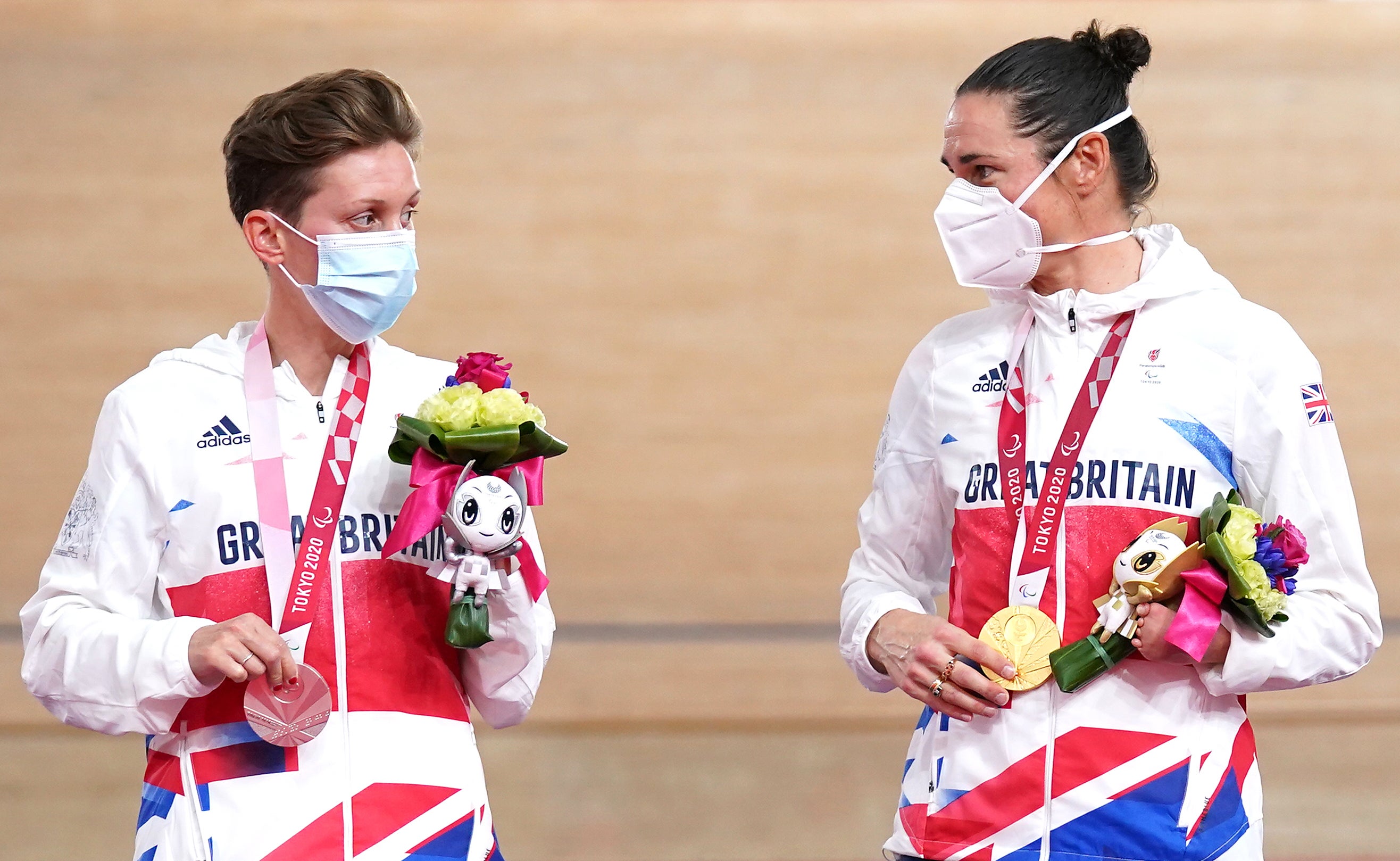 Despite registering a personal best of 3:35.061 in her heat, silver medallist Crystal Lane-Wright was again no match for her team-mate.

She was caught with more than 1,000 metres remaining, potentially denying Storey another world record but allowing her to conserve energy ahead of defending crowns in the C5 time trial and C4-5 road race with a place in the history books on the line.

Asked if the premature ending was frustrating, Storey, who won the first five of her Paralympic golds as a swimmer, replied: “It is in some ways.

“But obviously there are two more races next week so I need to make sure I preserve my legs and keep on pushing the boundaries that I keep on setting for myself.

“I am my own biggest competitor. I never feel like I am that far ahead. I just like to let the legs do the talking on race day. You cannot make those assumptions.

Having been pushed into second spot on the track in successive Games by Storey, Lane-Wright is now eyeing revenge at the Fuji International Speedway.

“You know the road race is definitely my favoured event. I’m fortunate in that I get the chance to race three events here but the road race is my last event and the one I’ve been most looking forward to,” she said.

“It’s also the hardest because it’s longer and in that heat and humidity. That’s the race that I think I’ve got my best shot of a medal in. It’s also hilly and I think hilly suits me better.”