John Travolta and Olivia Newton-John were top of the pops and bell bottoms still looked the business when Pat Phelan started training. 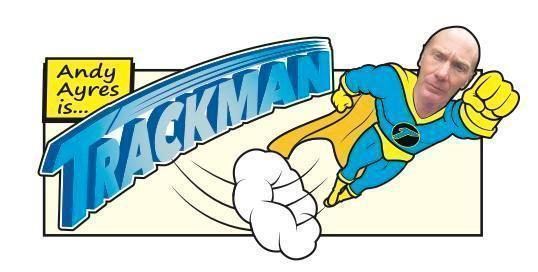 He’s been up and down more times than a fiddler’s elbow since then, but is a proper bloodhound when it comes to sniffing out opportunities for ordinary horses.

Pat’s team are in blinding form right now and his loyal band of supporters hit the bullseye when Legend Of France (40-1 to 25-1) landed a touch at Plumpton on Monday.

Keep It Country TV (11-1 to 6-1) kept the ball rolling in a Lingfield nursery two days later, and big Pat should have brought up the hat-trick with Pivotal Flame (7-2 to 9-4) in a weak handicap on the same card.

This mare is a fair old tool when she’s on song and would have won a minute if Paddy Bradley hadn’t kicked for home when he still needed a decent set of bins to see the winning post.

Poor Pivotal Flame was running on fumes and memories near the line and is definitely one to be with next time.

The golden oldies struck again when heavily punted Mr Mac (10-1 to 11-2) rattled home to pinch a 1m handicap for evergreen Peter Hedger at Lingfield on Tuesday.

Mr Mac moves like a duck with a bowler hat stuck between its legs and wins no marks for artistic impression. He knows how to win races though and is an old fashioned job horse.

Most impressive performance of the week over jumps was Kalashnikov (1-4 to 1-7), who lapped a small field over fences at Plumpton on Monday.

Amy Murphy’s man-mountain was smashed off the boards by the money-buyers and pinged round like a bunny on springs.

Kempton over Christmas is next stop on his journey to the top and it’ll take something a bit special to derail him.

There have been fortunes around Jane Chapple-Hyam’s runners, and she collected when Suzi’s Connoisseur (16-1 to 5-1) lagged-up in a decent 6f handicap at Lingfield.

Judging by her grin, JCH’s wallet was nicely inflated by the result and she is heading to Wolverhampton on Boxing Day with the gelding next time.

APPLE’S SHAKIRA (2.25 Sandown) looked a star at the start of last season and is classy enough to defy top weight.

Fingers crossed Lester Piggott gets a clean bill of health after being rushed to hospital earlier this week.

Forget Frankie, Ryan and the rest, Lester is the guvnor. Remember, this is a fella who won nine Derbies, 30 Classics and was still beating the best after doing a year in the clink for a spot of tax evasion.

Lester’s life has been more colourful than Joseph’s dreamcoat and if the pen pushers can’t forgive the misdemeanours and offer him a knighthood then there’s something wrong with the world.

On the subject of top blokes, a pal of mine told me a tale from Anthony Honeyball’s yard that warmed the cockles.

Apparently Sir Anthony McCoy turned up at the stables to have a quick look at JP McManus’s horses.

A member of the team showed the great man round and asked if he would sign an autograph for her young daughter.

A P did that then went to his motor for a specially embossed whip with his name stitched in gold and asked that the lady give it to her daughter as a Christmas present. Now that’s what makes him the champ.

There’s a star-studded card at Sandown on Saturday where APPLE’S SHAKIRA (2.25) looks a decent bet.

She was sent off jolly for a couple of Grade 1 events last spring, handles the forecast testing ground and has enough class to shrug off top weight.