The midfielder, 22, watched from the sidelines as Jose Mourinho's men suffered a shock 2-1 defeat to Valencia in the Champions League last night. 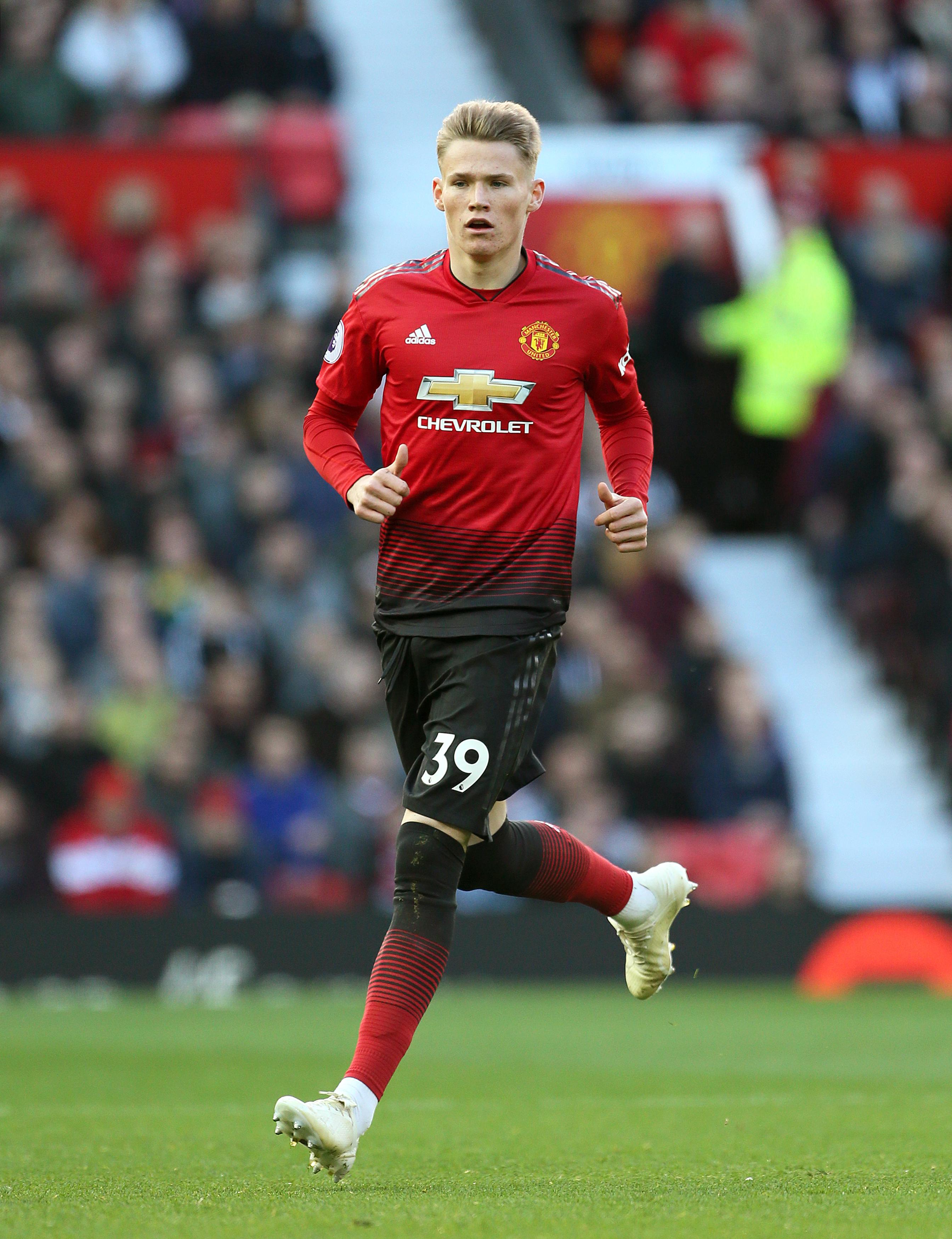 But he caused a stir on social media after the match when he appeared to agree with a fan who brutally criticised his team-mates.

The post read: "Such a lazy team. [Marouane] Fellaini is not a starter. He's a super sub so keep him as a sub.

"Either way he's more of a defensive player which is something we don't need. We need to ATTACK.

"Valencia should be replaced by [Diogo] Dalot crucially and sell [Phil] Jones." 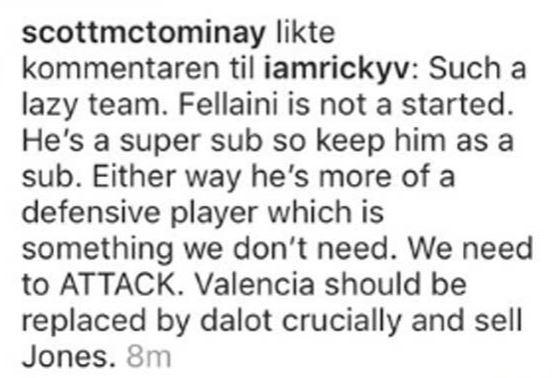 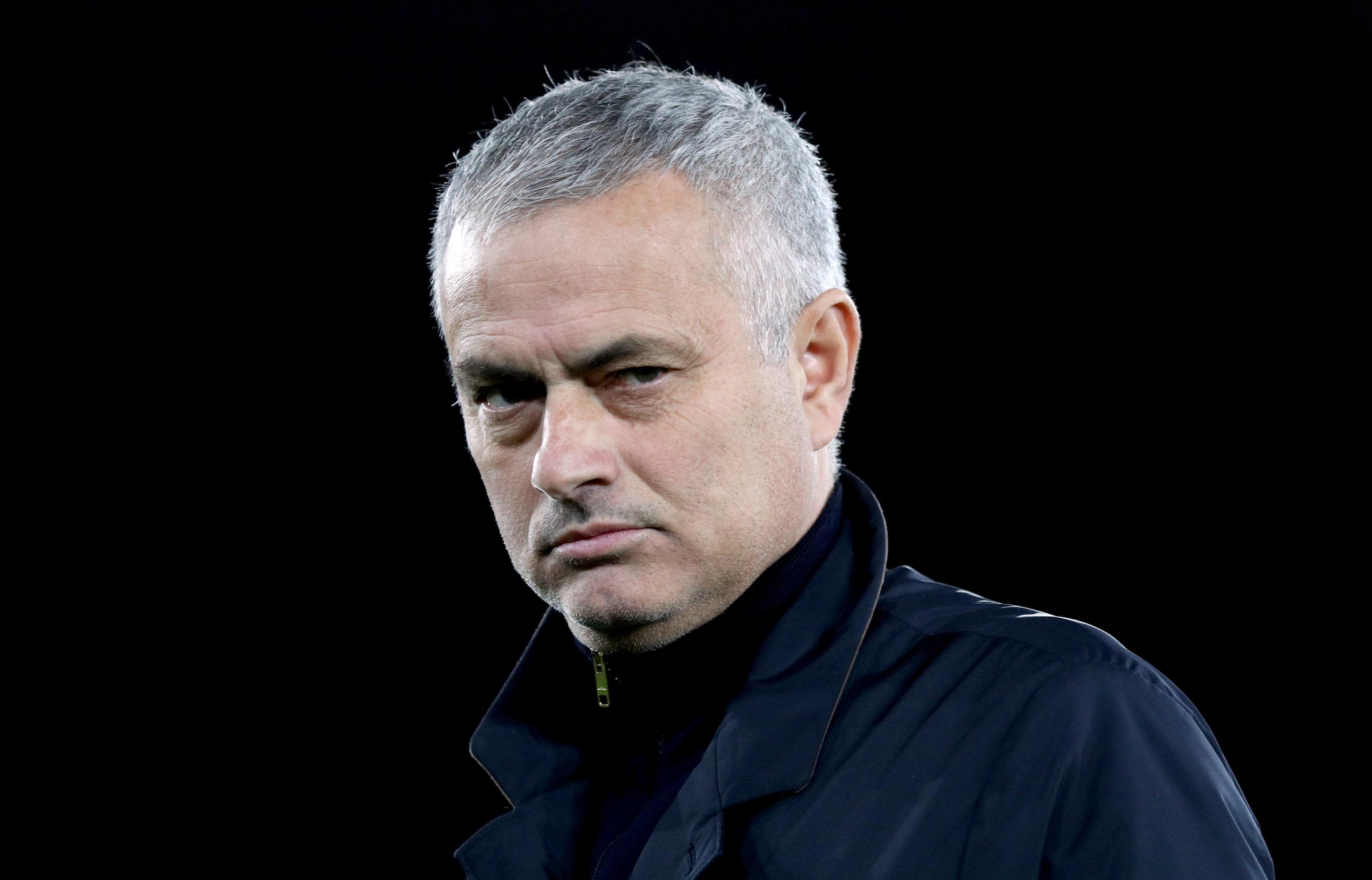 Eagle-eyed fans noticed he had liked the post and a screenshot of his activity immediately went viral on Twitter.

One user said: "That's rich coming from one of the worst players I've ever seen that has come through the ranks of this football club."

While another replied: "McTerrible is the worst player to come out of United's academy."

McTominay travelled to the Mestalla Stadium with the squad, but he was rested after he picked up a knock during training. 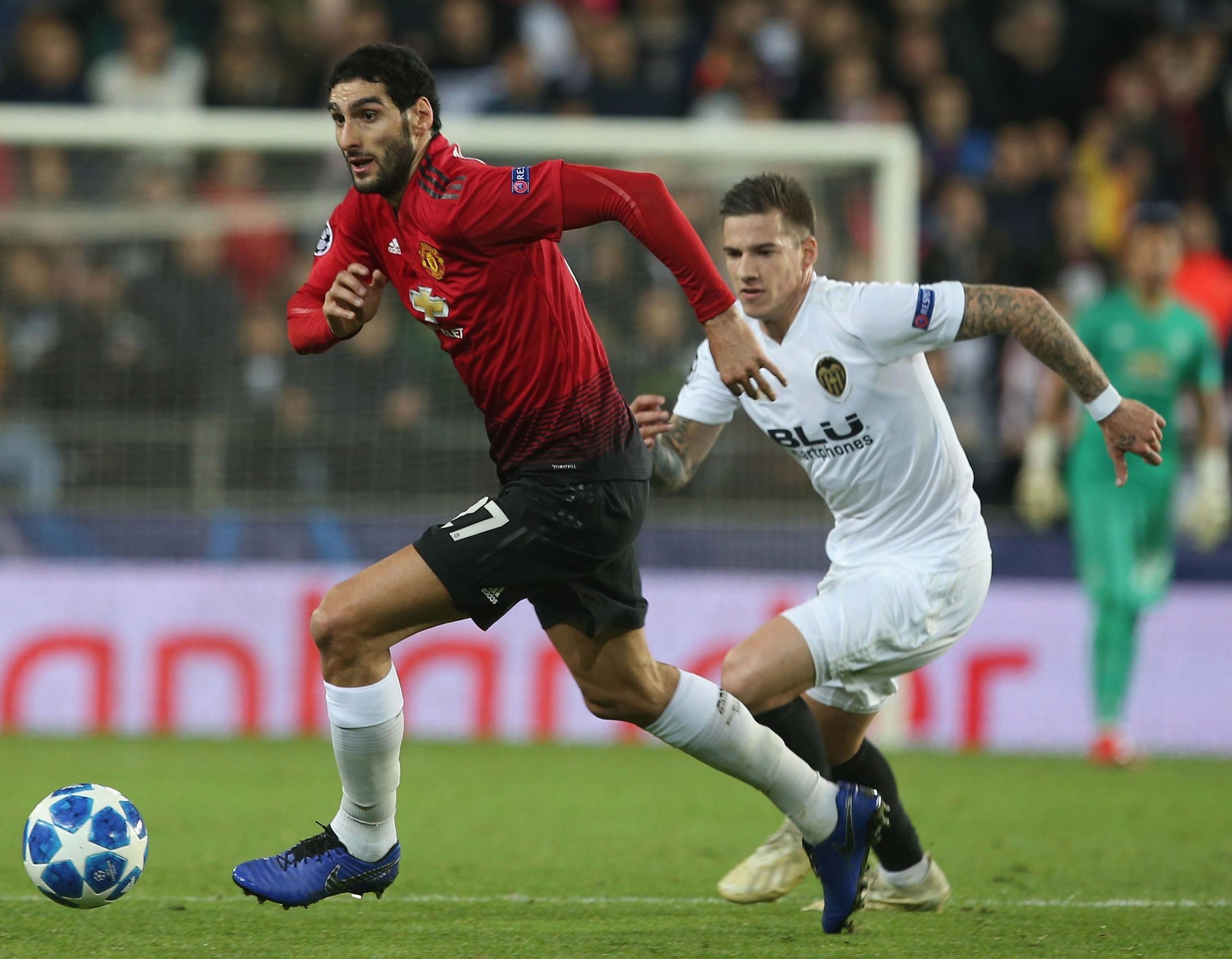 The 22-year-old is one of the nine players that could miss Sunday's crunch clash against Liverpool because of injury.

McTominay, who has been with the club for 16 years, has not started a match for Mourinho's side since the 2-2 draw with Southampton. 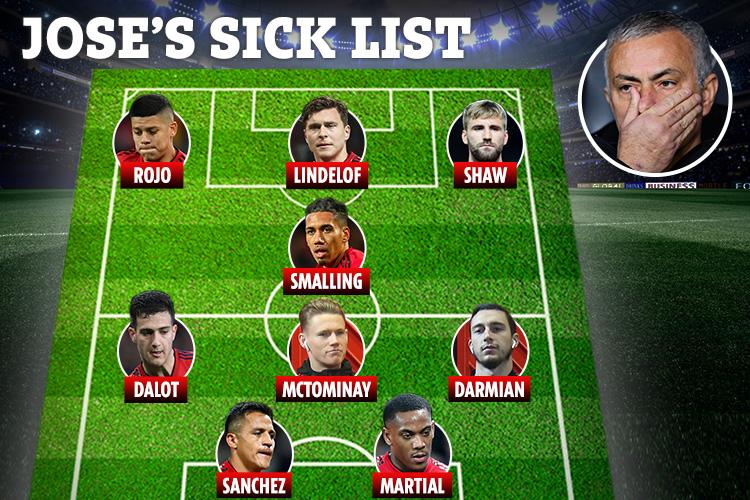 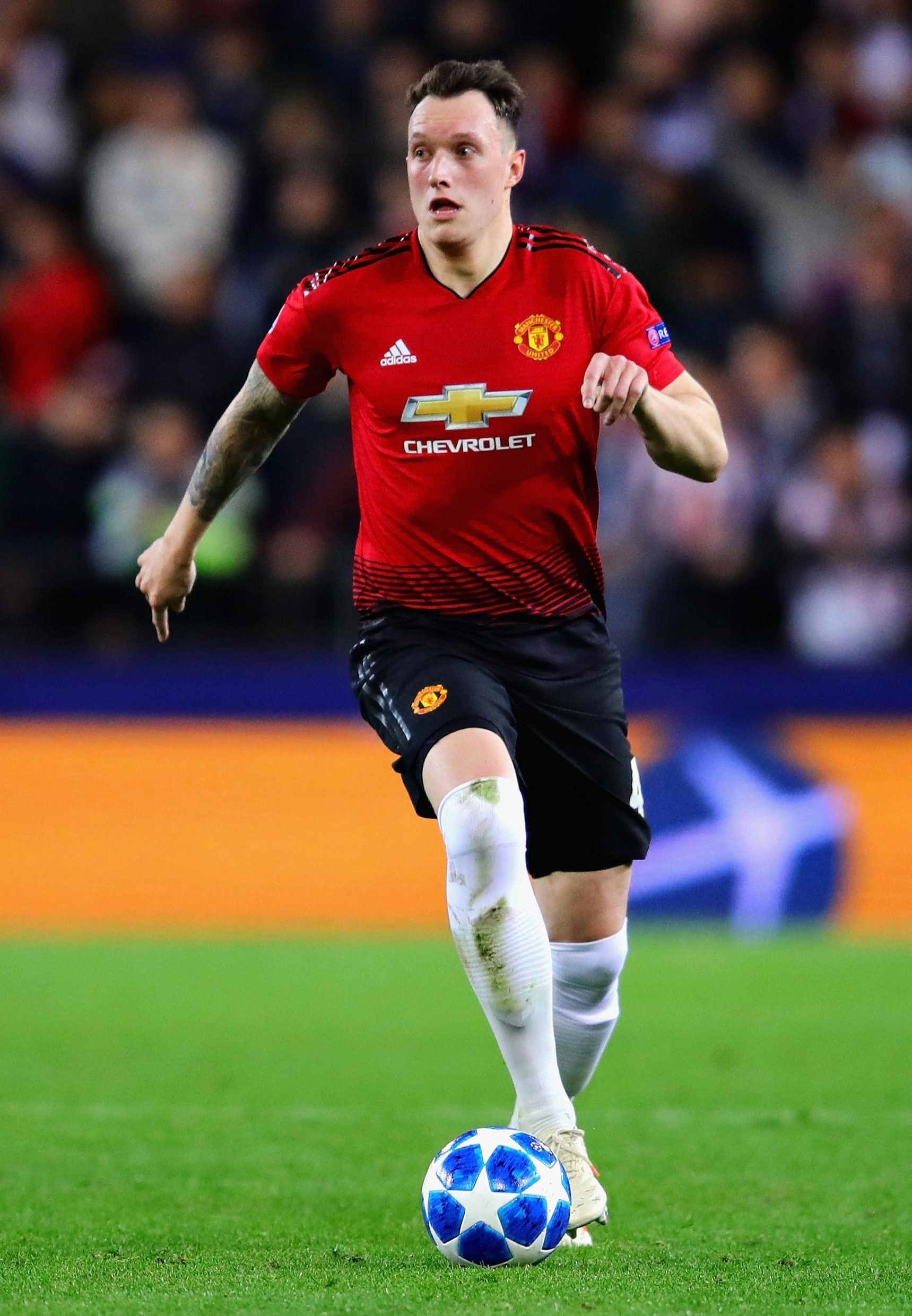 The post called for Phil Jones to leave Manchester United