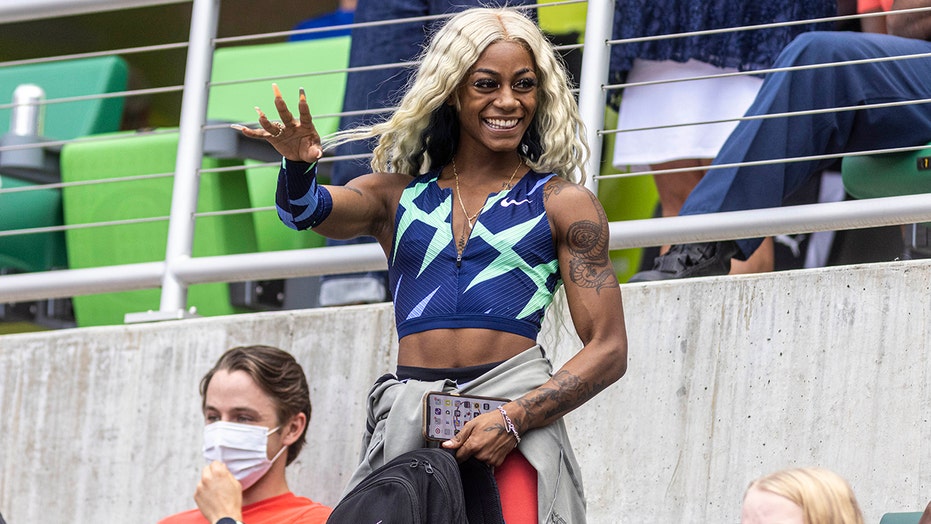 Sha’Carri Richardson was optimistic about her future on the track after finishing in last place in her return following a suspension for testing positive for marijuana before the Olympics.

Richardson tweeted Monday that she could only go up from here.

The track star was suspended for 30 days and was kept out of Olympic events because of the positive marijuana test.

Even though Richardson was disappointing in her return to the track, she had a trackside interview with NBC that went viral on social media. Richardson said she was “not upset at myself at all” despite the ninth-place finish.

“This is one race,” Richardson said. “I’m not done. You know what I’m capable of. Count me out if you want to. Talk all the s— you want. Because I’m here to stay. I’m not done. I’m the sixth fastest woman in this game ever. Can’t nobody ever take that from me.”

She later added: “This last month was a journey for me, but that’s no excuse, because at the end of the day I’m an athlete. Today was a day, but it’s not every day. It’s not the end of the world. And like I say, if you count me out, joke’s on you.”

Richardson won the 100-meter dash on the same track at the U.S. Olympic track and field trials in June before the suspension.

Fox News’ Dan Canova and the Associated Press contributed to this report.