The Manchester United left-back went up with the right-back-turn-striker as the ball was crossed into the Red Devils box. But as Shaw headed clear, Paterson was storming in to try and head the ball in.

The pair collided and they ended up on the floor.

Team-mates were quick to try and lend a helping hand.

Both players were tended to by their respective medics who used ice to treat them, but thankfully the pair did not appear to be seriously injured in the incident. 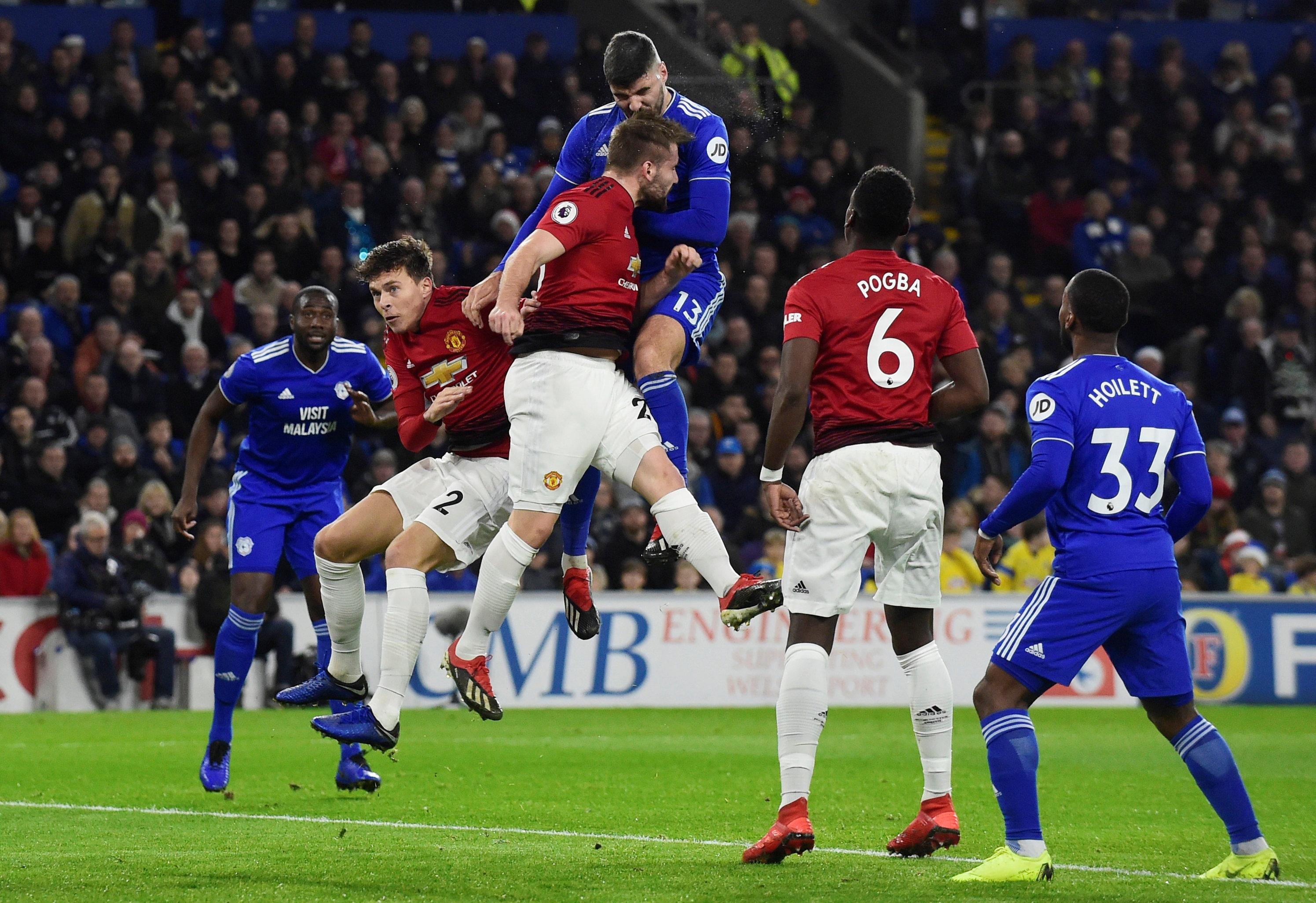 They were forced to leave the field after receiving treatment but both came back on at the Cardiff City Stadium, as Ole Gunnar Solskjaer took charge of United for the first time.

Paul Pogba returned to the starting line-up, while Jesse Lingard and Anthony Martial supported the goalscorer in attack.

And he had the perfect start as Marcus Rashford smashed in a free-kick with just three minutes on the clock.

Ander Herrera made it 2-0 with half an hour played as his deflected strike found the top corner.