ITALIAN rider Daniel Oss has withdrawn from the Tour de France with a broken NECK after crashing into a fan on Stage 5.

And elsewhere Primoz Roglic popped his own shoulder back into its socket after a nasty dislocation on the cobbled stage. 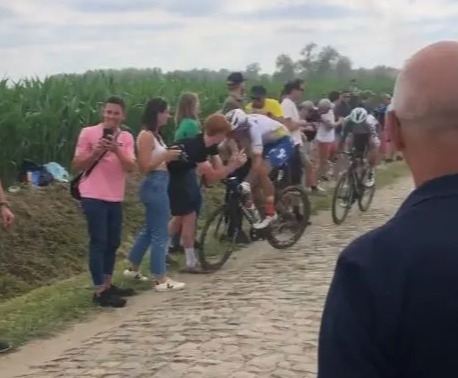 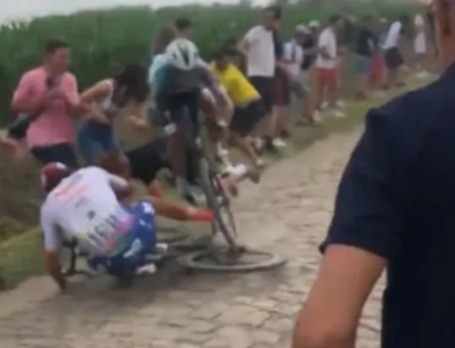 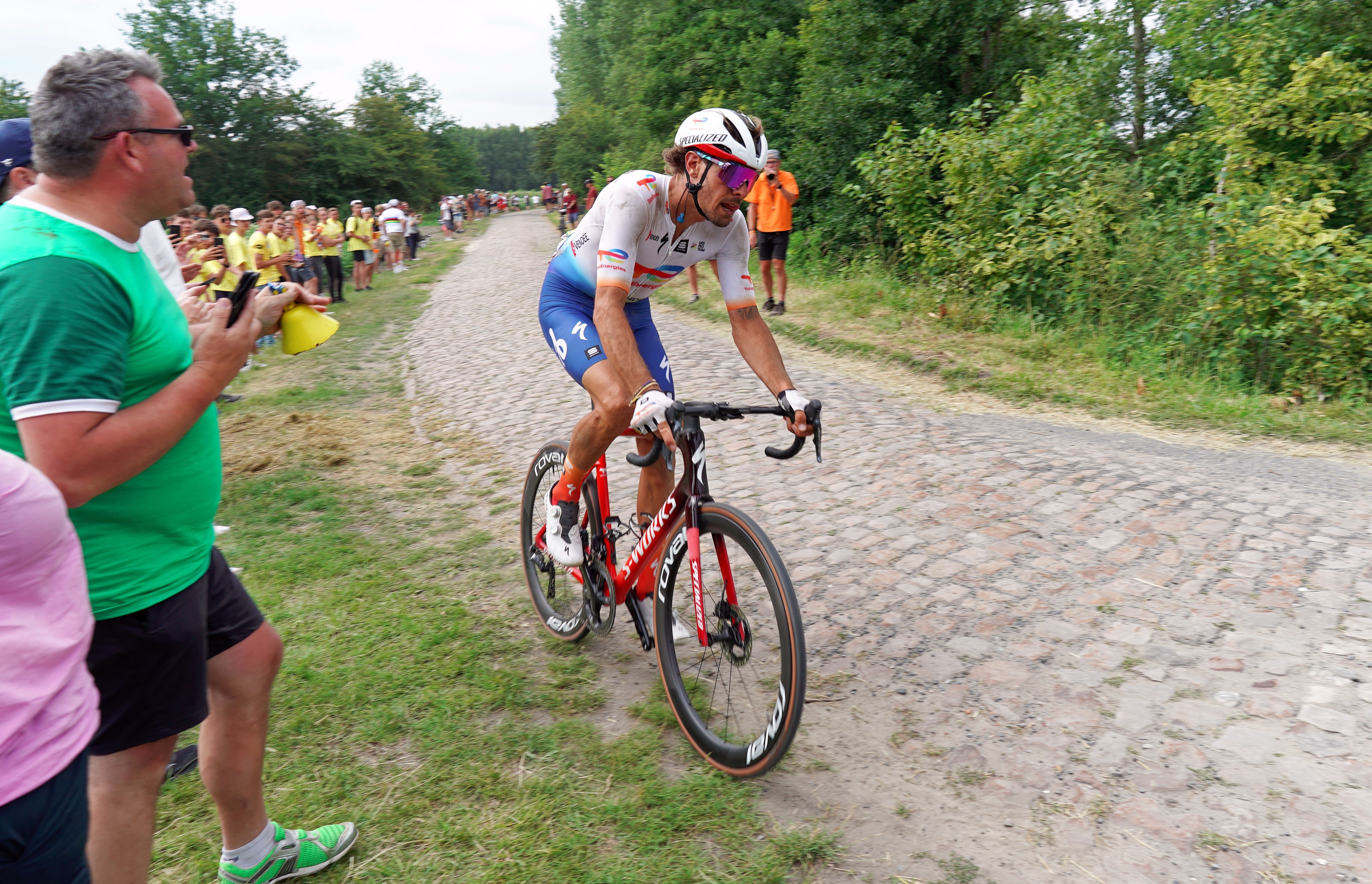 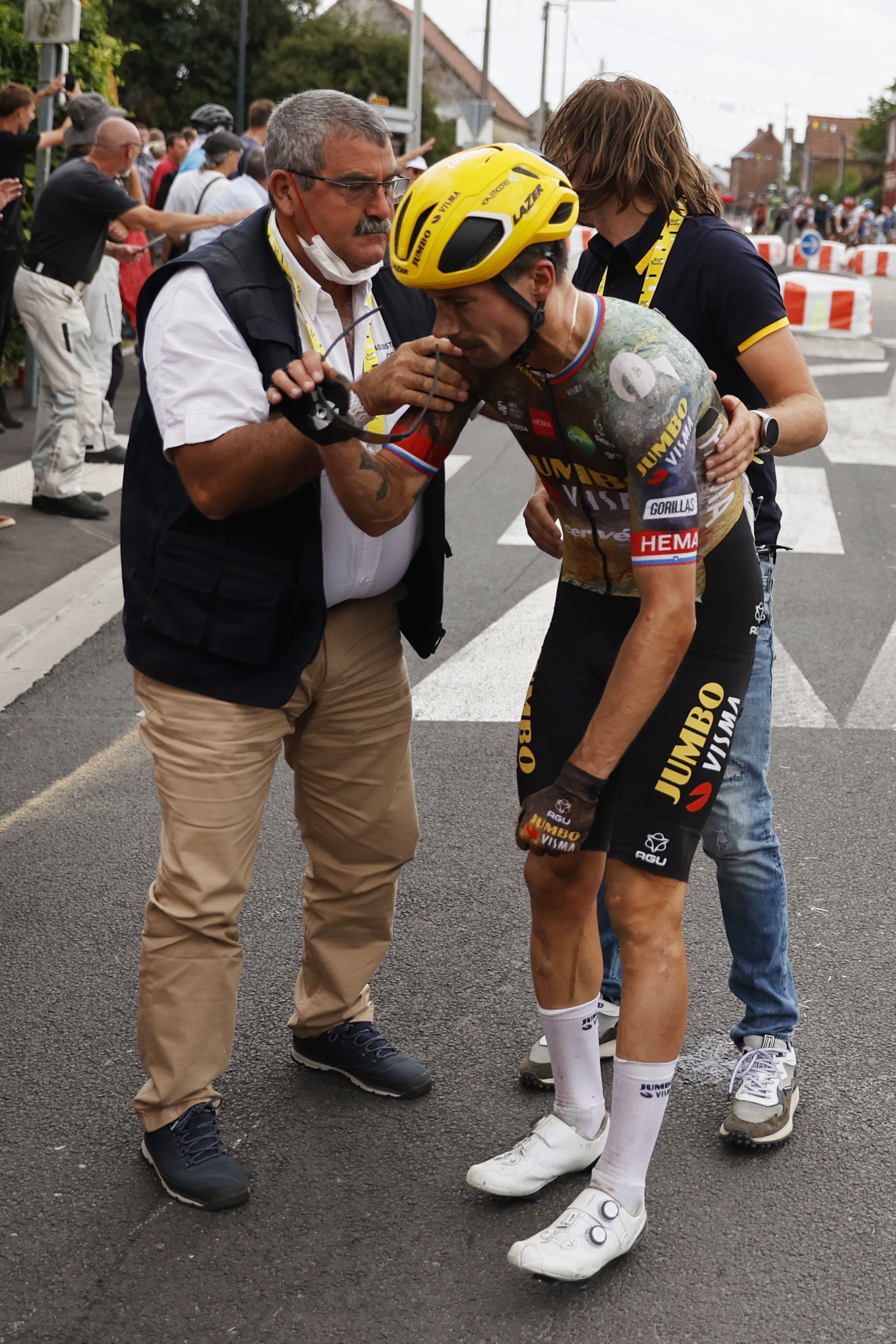 There were numerous crashes during a chaotic stage on the cobbles that was eventually won by Israel Premier Tech rider Simon Clarke.

But the day was marred by a horror crash involving Oss, 35.

Footage posted to Twitter shows the TotalEnergies star smashing into a spectator who stupidly got too close to the action on the cobbles as they filmed riders going past at high speed.

The fan was sent flying to the ground while Oss also came crashing off his bike on the third of 11 cobbled sections on the route from Lille to Arenberg.

Incredibly Oss managed to pick himself up and cross the finish line at the end of the stage.

But after heading for scans his team confirmed he had fractured a bone in his neck and is now set for "a few weeks" out of action after withdrawing from the Tour de France.

TotalEnergies wrote on Twitter: "Additional examinations revealed a fracture of a cervical vertebra requiring immobilization for a few weeks.

"Daniel Oss is therefore forced to leave the Tour de France. The whole team wishes you a good recovery Daniel."

Michael Gogl and Jack Haig were also forced to withdraw from the Tour after a day of chaos yesterday.

But Jumbo–Visma's Roglic is still in the race despite dislocating his shoulder in a crash on Stage 5 caused by a safety bale that ended up on the road.

He patched himself up on the roadside and used a fan's seat to pop his shoulder back into place.

Speaking at the end of the day, Roglic said: "I then put my shoulder back in the socket myself. I couldn’t do that on the road, so I sat in the seat of a spectator. It worked there.

"I know from experience what to do in such a situation, but of course it was not nice.

"It was very difficult after my fall, but we still did everything we could. Now we first have to see how I can continue in this Tour." 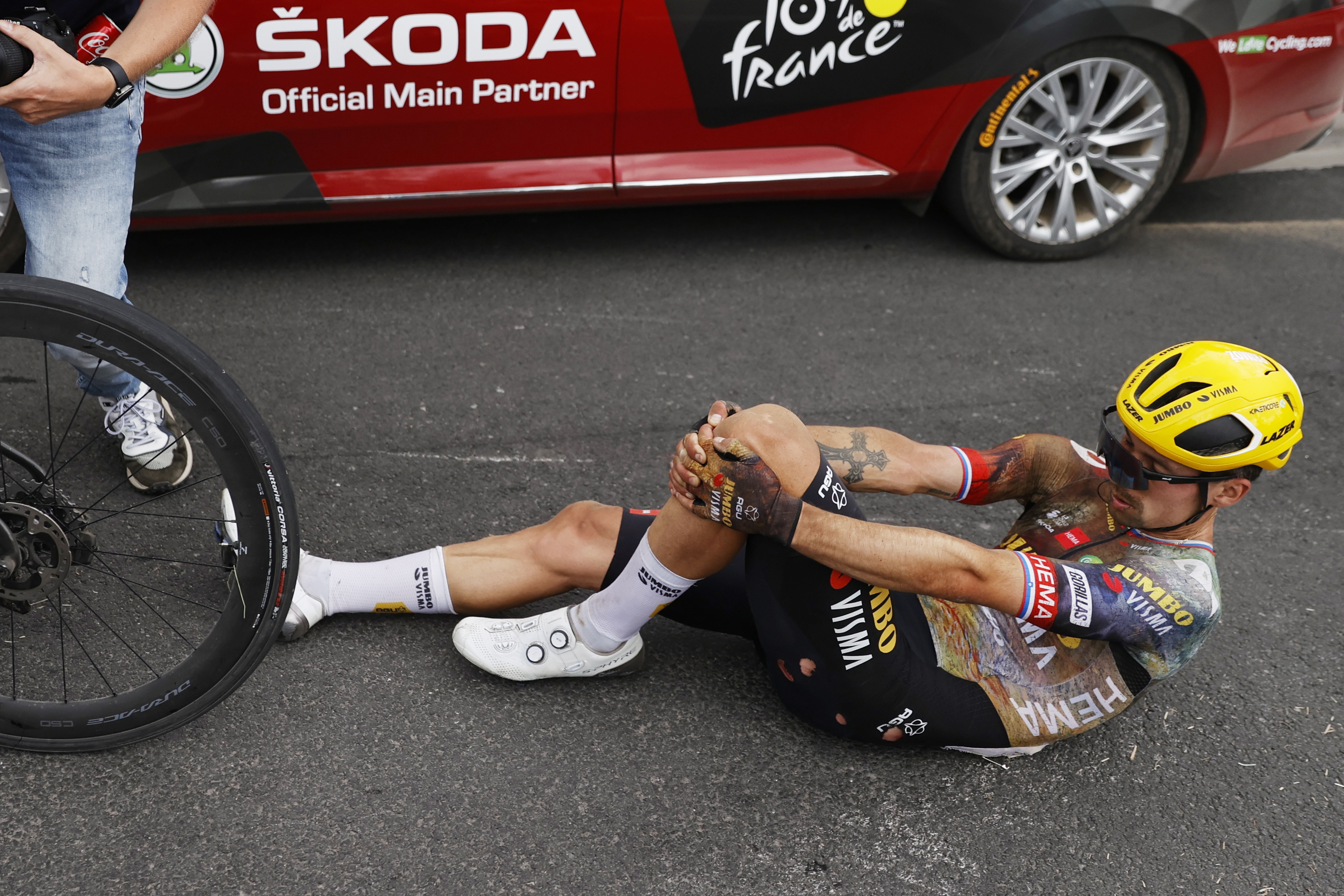