Sifan Hassan dominated the women’s 5,000m to take the first of what she hopes will be a historic gold medal treble at Tokyo 2020.

Hassan executed a clever race strategy to sit back early on and gradually move up as the race developed.

The 28-year-old produced a blistering 57.36 last lap that her rivals failed to find an answer for, passing them on the back stretch and never looking back. 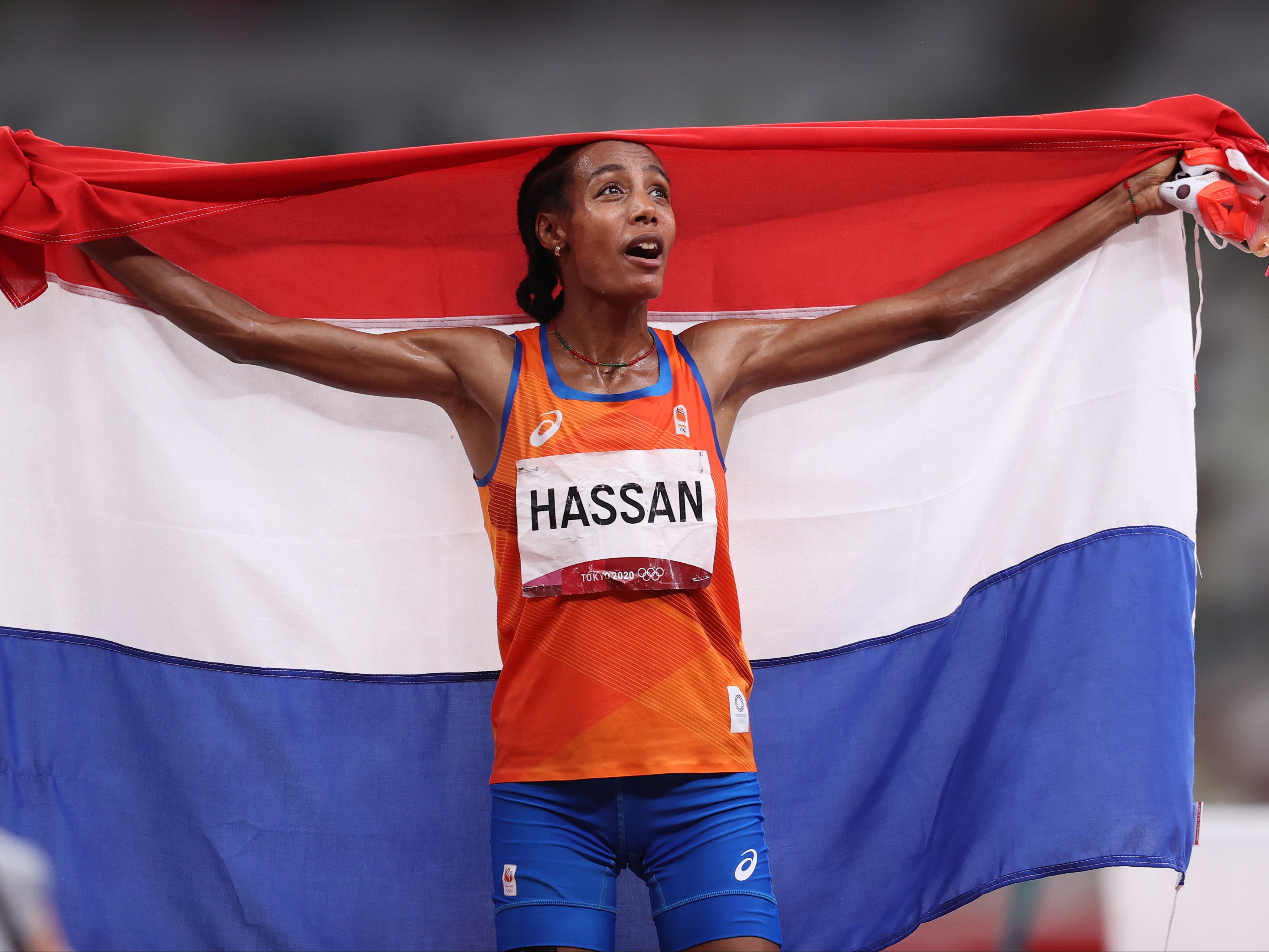